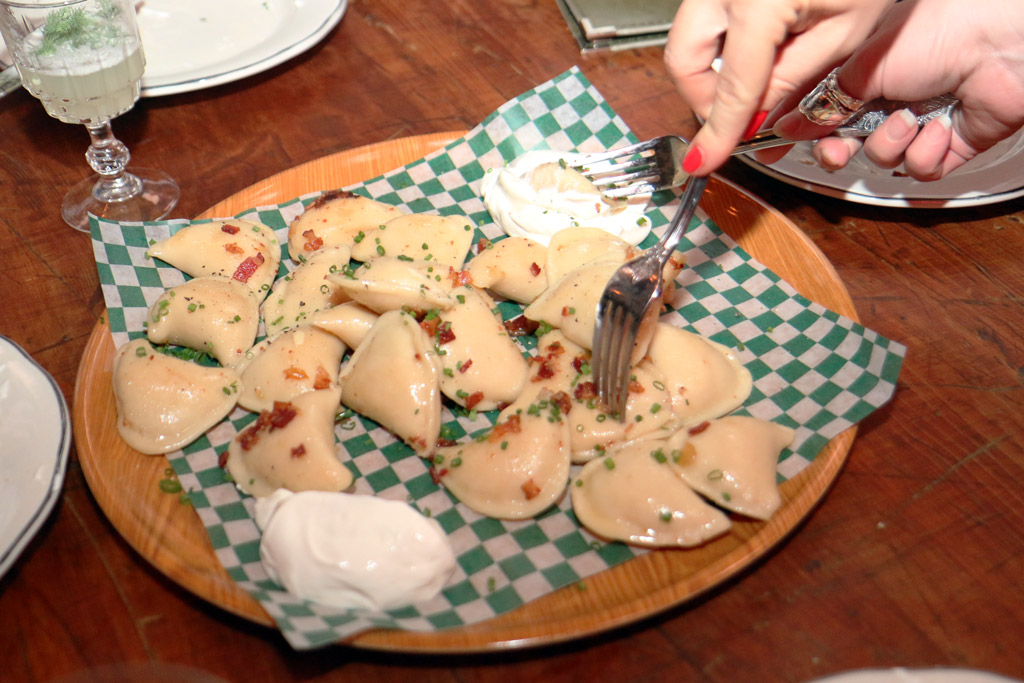 Owner Grant van Gameren has already replaced the restaurant, known for its all-you-can-eat pierogi nights, with a pizza and burger joint called Gianna’s.

“We’re saying goodbye to Tennessee Tavern, which is tough,” said van Gameren in an interview with Toronto Life. “I loved that place but I just don’t think heavy, Eastern European comfort food is the best concept right now.”

Gianna’s is one of a series of change-ups van Gameren has made to his restaurants in the wake of the pandemic.

Over the weekend, the restaurateur also reopened Bar Piquette as a bottle shop and grocery store.

Customers can stock up on everything from vinegar and olive oil to fresh loaves of sourdough bread from Pearl Morissette. Pick-up and delivery orders can be placed through Piquette’s new online store, or they’re also open for physically-distant shopping from Wednesday to Sunday.

Van Gameren’s burger concept, Harry’s Charbroiled, has been operating out of the temporarily-closed Bar Raval space since mid-April. His other restaurants, El Rey and Rosalinda, followed suit not long afterwards, opening for takeout in late April and mid-May, respectively.

A post shared by Rosalinda Restaurant (@rosalindarestaurant) on May 11, 2020 at 9:01am PDT

The restaurateur has also said he’ll soon be operating a new concept called Don Pollo out of his Little Italy restaurant Quetzal, which will focus on Sinaloa-style grilled chicken.

His Parkdale bar, Pretty Ugly, was locked in early May over unpaid rent, although van Gameren has said he’s still trying to come to an agreement with his landlord. His other much-loved bar, Bar Isabel, remains closed for now.

A reopening date for Ontario restaurants has yet to be set. It has been widely speculated that, even once restaurants can reopen, they’ll be required to operate at a reduced occupancy for the foreseeable future to maintain physical distancing between customers.

As a result, restaurateurs like van Gameren now appear to be planning for the long-haul, pivoting their business models so they can stay afloat for however long it takes the industry to return to some kind of normalcy.

“I’m focused on reinventing my businesses so they work for our current situation and can hopefully evolve as things get better,” said van Gameren in the interview.