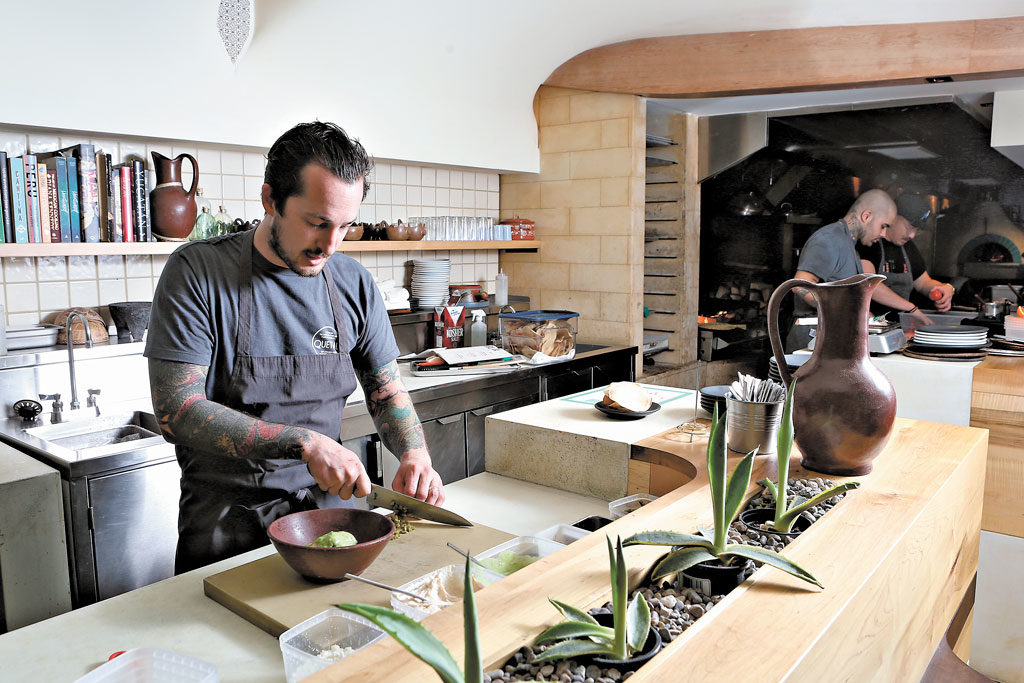 My first real job was cooking at Three Small Rooms, then the acknowledged best resto in Toronto. I thought it was pretty cool, as jobs went: Until I went to visit my grandmother, whose first words were: “We sent you to Wellesley for this?”

People who grew up in Forest Hill (or anywhere else fancy) did not work in restaurants then. Immigrants worked in restaurants. Not the offspring of the well off. That has changed since I was young, but with the change has come another shift: Chefs don’t necessarily stay in the kitchen any more.

It’s become commonplace for a chef to open a smallish restaurant, make his name (yes, his, because it’s mostly the male chefs who do this) and then open another restaurant … and then another … and another. And then the chef isn’t a chef any more. He’s a business manager who’s teaching (he hopes) others to enact his vision. On a good day it works.

On a bad day it’s January 2019 and you’re Grant van Gameren. You already have eight restos. You sunk a reported $1.5 million into a beautiful reno and opened Quetzal in August 2018, in partnership with chefs Julio Guajardo and Kate Chomyshyn. Less than six months later it went sour.

So sour that on January 17, 2019, the Toronto Star published this: “We ended our roles as chefs/operators of Quetzal because we think the terms of our agreement were never met. We felt overworked, underpaid, undervalued and disrespected,” wrote Julio Guajardo and his wife, Kate Chomyshyn, referring to van Gameren.

Quetzal, which was then the hottest resto in town, closed.

Then Grant, likely upset about that $1.5 mil out of pocket, went back into the kitchen and reopened Quetzal on March 5.

You might want to go there in a hurry before he again exits the kitchen. Because Quetzal rocks.

I just came back from a week of serious gluttony in Puerto Vallarta, including a Oaxacan cooking school day, and nothing I ate there compares to Grant’s addictive Mexican moves.

His ceviches are works of art. My fave is the delicate kanpachi tiradito. This is a superbly fresh raw white fish, its skin charred fast and crunchy (on the eight-metre-long open wood grill), sitting in a fabulous citric/spicy liquid of white soy, tomatillo juice, lime and arbol chili oil.

His masas are painstaking artisanal corn breads that redefine the genre.

When Grant makes an empanada, it’s a thin crispy blue corn wrapper holding wood-smoked chicken with super-delicate mole of almonds, guajillo pepper and a hint of chocolate. Spoon the salsa verde with tomatillo, serrano peppers and cucumber juice for sweet! Of course Grant does octopus, charred tender, with sauce of peanuts and wood-charred pasilla, ancho and guajillo chilies.

But his masterwork is the house-made chorizo. To score a half order, they make you choose red or green. Go green. It’s the tenderest, most delicate chorizo I’ve ever had, jazzed with coriander and chilies, served with two very fine salsas (red and green).

That’s the best Mexican dinner — by far — in this town today.

You don’t need anything else. Skip the (slightly tough) skirt steak. Don’t order the avocado leaf ice cream with caramelized crickets and guava foam. Less interesting than it sounds.

But hurry over to Quetzal. Because nobody expects Grant to stay in the kitchen forever.