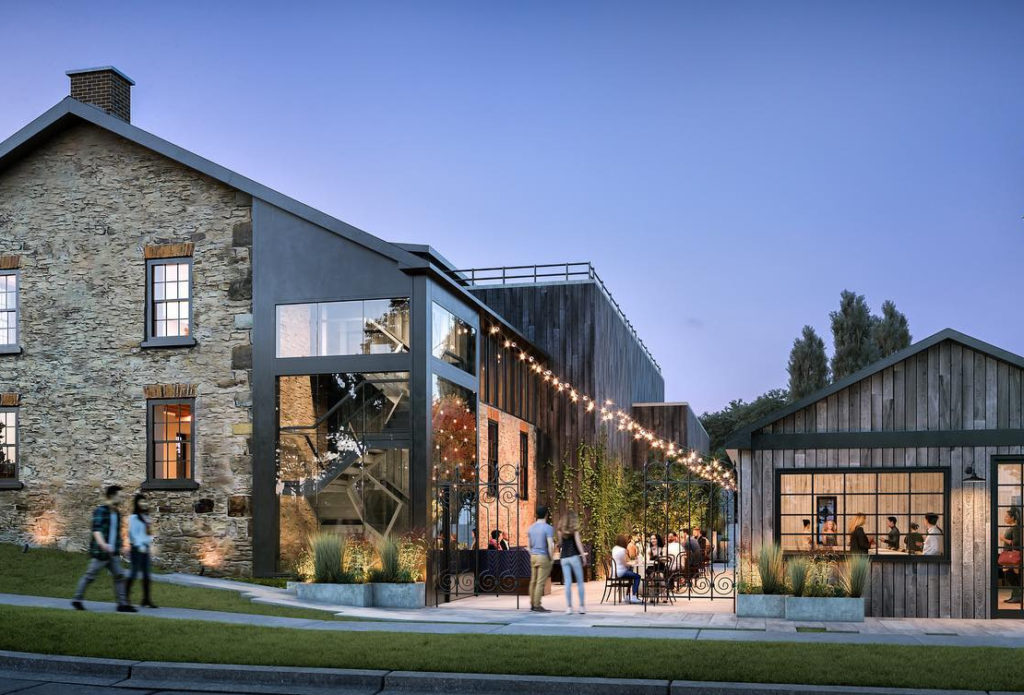 Keith Froggett, the chef-owner behind long-running Toronto restaurant Scaramouche, is set to open a beautiful new restaurant and event space in Orangeville next month. Greystones is located in a historic building dating back to 1852. It was one of the first permanent structures constructed in what would later become Orangeville.

Benn Froggett (Keith Froggett’s son and co-owner of Halton Hills’ restaurant the Glen Tavern) and Jennifer Dattels, who first purchased the property several years ago, join Keith as co-owners of the new restaurant.

Dattels oversaw a redesign of the space by Toronto-based agency Solid Design. “This was a special building to her [Dattels] that she just wanted to bring back to life,” says Benn. “It’s always been a hospitality building over the years, ever since it was built in the 1850s. It was originally called Graham’s Tavern,” he adds. 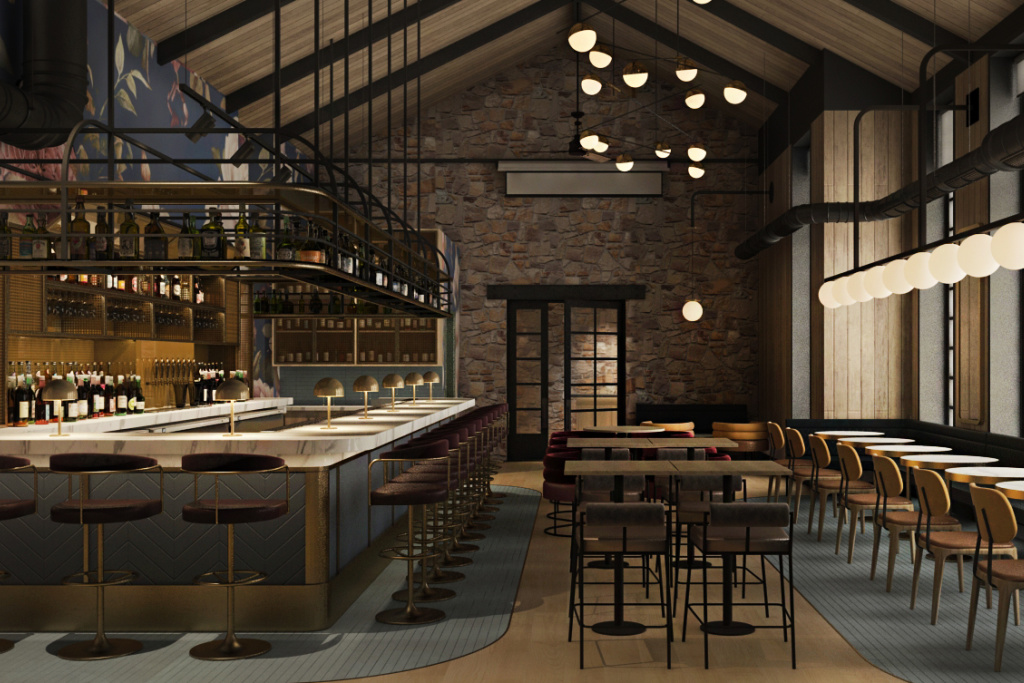 The space has been given a contemporary makeover that also maintains some of its original details, such as exposed stone walls. It now includes a lounge, main dining room, an event space for up to 50 guests and a private 10-seat dining room, as well as a separate neighbouring cafe.

Greystones’ website says that diners can expect “seasonal, contemporary cuisine,” teasing a sample menu featuring small plates, pizza, housemade pasta and meat and fish mains, such as hand-cut Ontario Black Angus beef burgers and herb-and-mustard crusted halibut. “We have a pasta extruder for making all our own pasta in-house, and we’re using the same suppliers as the Glen Tavern and Scaramouche, so really high-quality ingredients,” says Benn.

Keith will act as a culinary consultant for the restaurant and work on menu development, while Scaramouche sous chef Shigetaka Wakai will take the helm as Greystones’ head chef.

Greystones is slated to open in February if the lockdown restrictions that currently prohibit indoor dining are lifted. “We need to be back in the red zone to at least have a few people inside,” says Benn. “Even if we can only open to 10 people, it’s a great way to get to know the community and for them to get to know us.” Keep an eye on the restaurant’s website for further updates in the coming weeks.