GTA bidding wars may soon skid to a stop | TRNTO.com
Skip to content 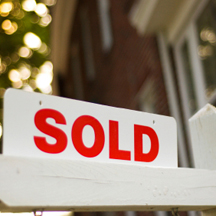 For months, Toronto real estate agents have been complaining about a shortage of listings on the market.

The lack of sellers has prompted flocks of frenzied buyers to jump into bidding wars all over the city.

But, according to a new report, it looks like relief may be in sight as more and more homeowners are putting their properties up for sale.

The Canadian Real Estate Association reported Thursday that nearly 100,000 homes were listed for sale across Canada in March.

So could the wars be over? Not quite, as more than 10,000 sales were reported in Toronto in March, an increase of 69.1 per cent from the same period last year.

“The rise in new listings means that buyers may shop around more before making an offer.”

For more info on the report visit CREA.