Half a victory for Bayview’s Conrad Black | TRNTO.com
Skip to content 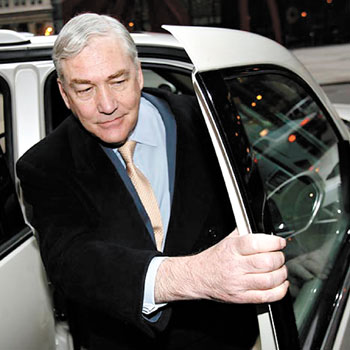 In January, prosecutors told a Chicago federal judge they will not be retrying Conrad Black on two convictions. The convictions — one for fraud and one for obstruction of justice -— had been reversed in an appeal court in October 2010.

This leaves Lord Black convicted of one count of fraud and one count of obstruction of justice, both of which he plans to appeal.

But some legal experts aren’t convinced the Supreme Court will hear it.

“I think the appeal is really a Hail Mary pass,” said Steven Skurka, Toronto trial lawyer and author of Tilted: the trial of Conrad Black.

“I think the general consensus is that Conrad Black will go back to jail.”

Lord Black, who has long considered the Bridle Path area his home base, has been released on bail pending the appeal, but was ordered to stay in the United States.

He is scheduled to be rensentenced on his remaining convictions on June 24.