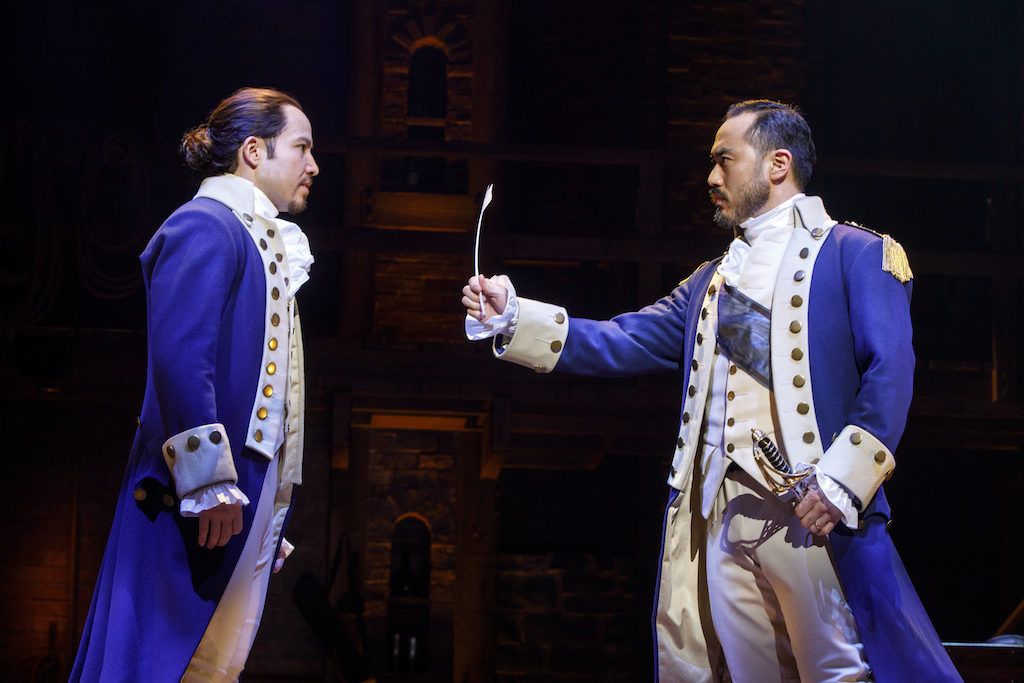 After premiering Off-Broadway in 2015, becoming the hottest ticket in New York City and garnering a slew of awards along the way, the song-and-rap musical Hamilton is set to make its Toronto debut on Feb. 11, 2020. Mirvish Productions announced ticket sales will be open to the public on Oct. 28 at 9 a.m. sharp. Anything but an immediate sell-out would be a shock, so do not sit on these tickets. You have been warned.

According to Mirvish Productions, there is a maximum purchase limit of four tickets per household with prices ranging from $50 to $250 as well as a select number of $499 premium seats. There will also be a lottery for the chance to purchase $10 seats.

“It’s tempting to get tickets any way you can. There are many sites and people who are selling overpriced, and in some cases, fraudulent tickets. For the best seats, the best prices and to eliminate the risk of counterfeit tickets, all purchases for the Toronto engagement should be made through Mirvish.com,” says Jeffery Seller, the co-producer of the Toronto production along with David Mirvish.

Hamilton is a musical about Alexander Hamilton, one of the founding fathers of America. The production drew inspiration from Ron Chernow’s 2004 biography Alexander Hamilton. The musical features music, lyrics and book by Lin-Manuel Miranda, who also played the lead role in the original workshop, Off-Broadway and Broadway productions.

Hamilton will be the most significant and buzzed-about theatrical opening in this city in years. Since its premiere in 2015, it has become nothing short of a phenomenon.

“I am loath to tell people to mortgage their houses and lease their children to acquire tickets to a hit Broadway show. But Hamilton, directed by Thomas Kail and starring Mr. Miranda, might just about be worth it,” wrote Ben Brantley of the New York Times, reviewing the Broadway production.