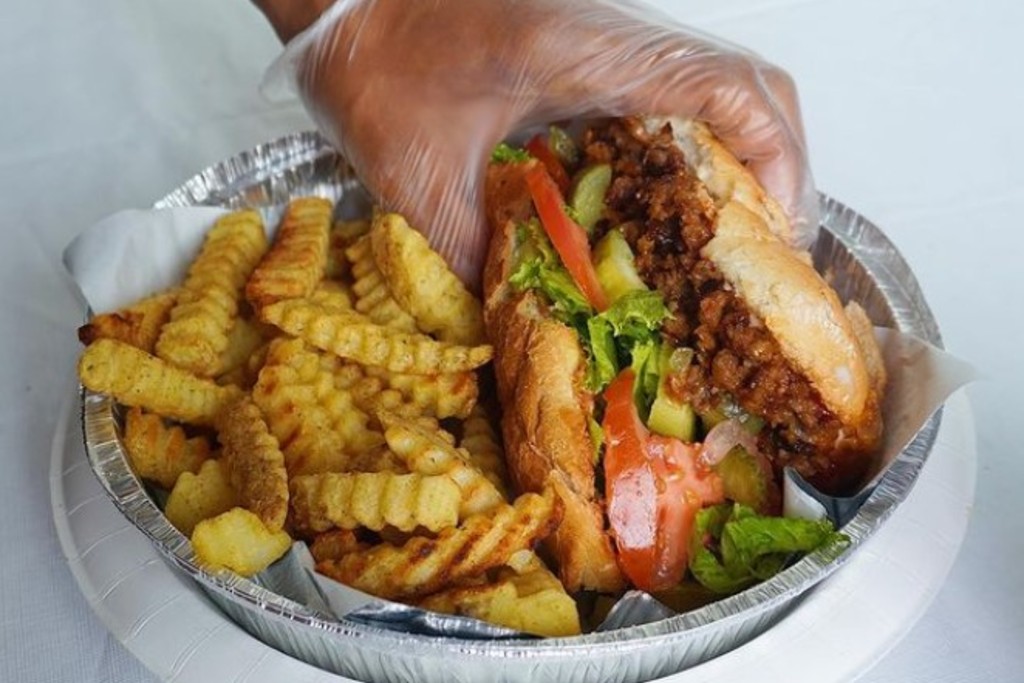 Opening Harlem Bodega, North York’s new vegan takeout spot, has been a long-time dream for owner Juss (who prefers not to share his last name). Originally from New York, Juss relocated to the GTA with his wife in March just as COVID was picking up steam. Previously a full-time DJ, Juss found himself out of work amid the pandemic and decided to turn his passion for cooking vegan cuisine into a business.

“It’s a way of earning income, but it’s also just a great idea,” says Juss, adding that ordering takeout at home during the first lockdown made him feel that Toronto needed more varied, high-quality vegan options.

For example, Juss puts a vegan spin on chopped cheese, a classic bodega sandwich typically made with ground beef, using plant-based beef and cheese. Like a traditional chopped cheese, it’s topped with lettuce, tomatoes, pickles and served on a long, hoagie-style bun.

An example of the ghost kitchen trend that’s continuing to gain momentum in Toronto, Harlem Bodega doesn’t have a brick-and-mortar restaurant. Instead, orders are prepared for takeout or delivery in a rented commercial kitchen space.

In the future, however, Juss says he’d also like to potentially expand into a food truck, do pop-ups at food festivals and potentially open a permanent location when lockdown measures are lifted.