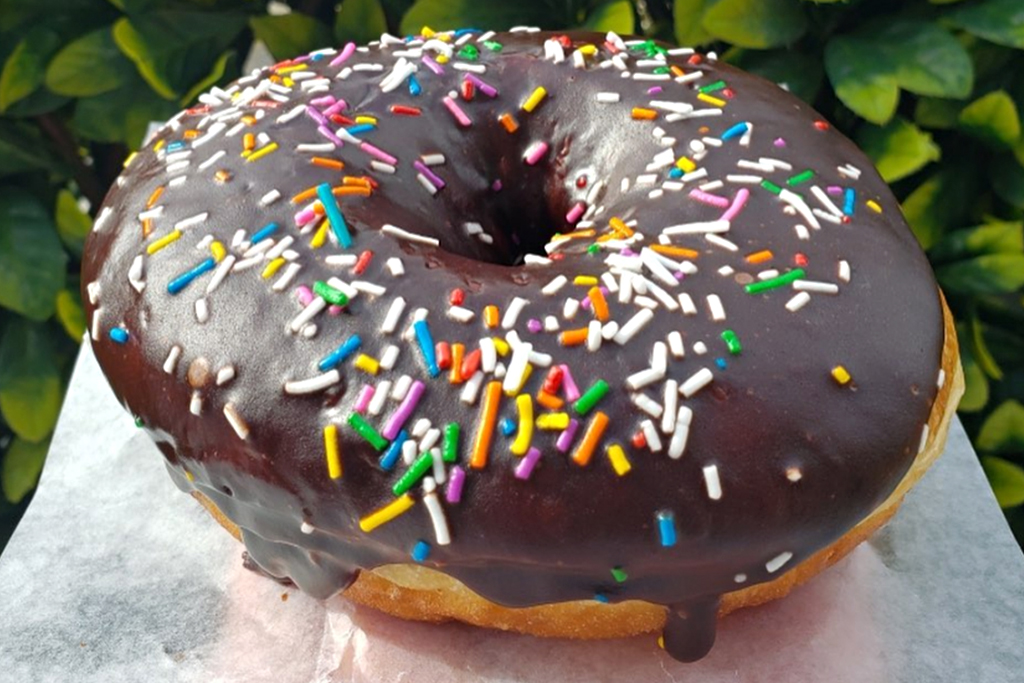 A new doughnut shop has opened in Toronto’s Dundas West neighbourhood. Operating out of the Fourth Man and the Fire Pizzeria, which is known for its affordable, American-style pizzas, Harry and Heels Donuts sells a wide variety of doughnuts as singles, by the half-dozen or by the dozen.

Described as a “California” doughnuts, Harry and Heels features 18 tasty flavour profiles, including classic favourites like rainbow-sprinkled and chocolate-dipped. Some of the more unique choices include the Chocolate Hawaiian, Chocolate Cream Filled and the Glazed Cinnamon Sugar.

“Right now, our cream-filled glazed doughnuts, buttermilk crullers and apple fritters are our best sellers,” says Shant Mardirosian, owner of Harry and Heels Donuts and the Fourth Man and the Fire Pizzeria.

Doughnuts range between $2.99 and $3.29 for a single, or $18 for a half-dozen and $36 for a dozen, with no tax. The Fourth Man and the Fire is a cashless establishment, which means orders must be purchased using credit or debit only. All of the doughnuts are made fresh in-house, and available while quantities last each day.

Customers can order doughnuts from Harry and Heels for pick-up or via the Fourth Man in the Fire’s UberEats, DoorDash and SkiptheDishes pages from Wednesday through Sunday from 12 p.m. to 9:30 p.m. or until they’re sold out.