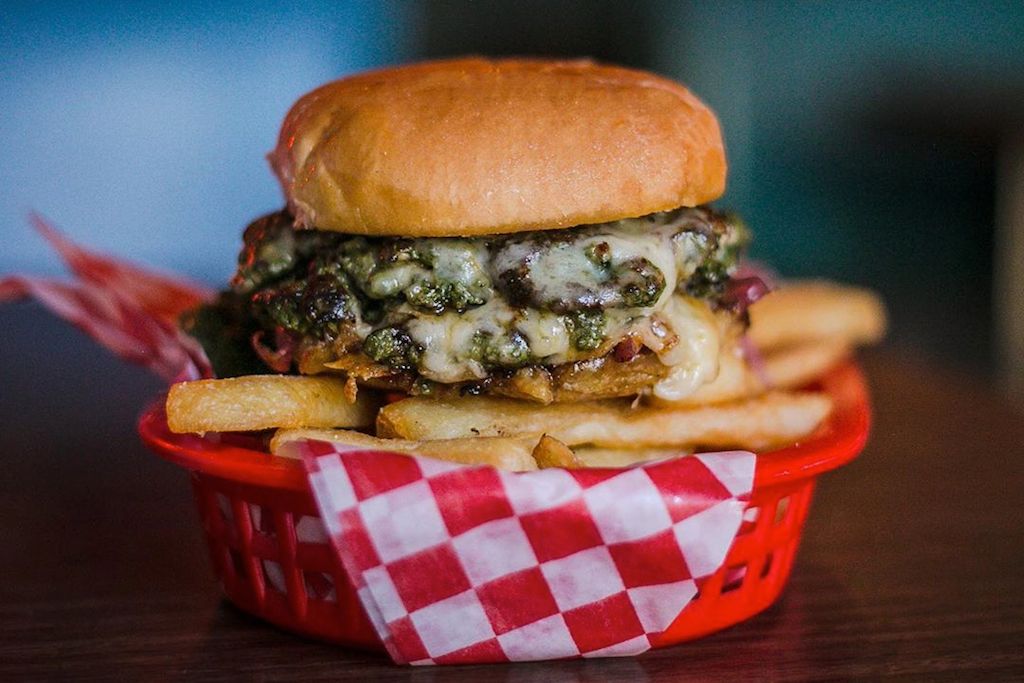 Chef and restaurateur Grant van Gameren’s classic diner Harry’s Charbroiled is back and now available to order through UberEats.

The past few months have been a rollercoaster ride for fans of the landmark Parkdale burger bar. In October 2019, Grant van Gameren announced he was closing the long-running late-night spot, which first opened in 1968 and had been owned by van Gameren since 2016.

At the time he hinted that Harry’s would return in a new form in 2020. The news gave us hope that we hadn’t eaten the last of their legendary burgers.

In February, it sounded like Harry’s would be coming back as a food truck. Van Gameren put out a hiring call for new staff on the Food and Wine Industry Navigator Facebook page. It indicated that the new truck would run from May to October 2020.

While the pandemic has put our hopes for a Harry’s Charbroiled food truck on indefinite hold, it hasn’t stopped the return of the much-loved brand.

The Harry’s Charbroiled team recently announced the launch of a new delivery menu, available through UberEats.

With its latest iteration, Harry’s shifts its focus from diner classics to nothing-but burgers.

Fans will recognize familiar favourites on the short menu. Classics like the Plain Jane, a no-frills beef patty topped with cheese, pickles, onion, and ketchup; and the Green Burg, which features green chorizo, cheese, spicy pickled onion, and tomatillo relish.

Aside from burgers, Harry’s is offering their signature thick-cut fries, soda, and Ace Hill beer to-go.

It’s unclear how long the delivery version of Harry’s will last. But it seems we can rest assured their glorious burgers will keep coming back one way or another.