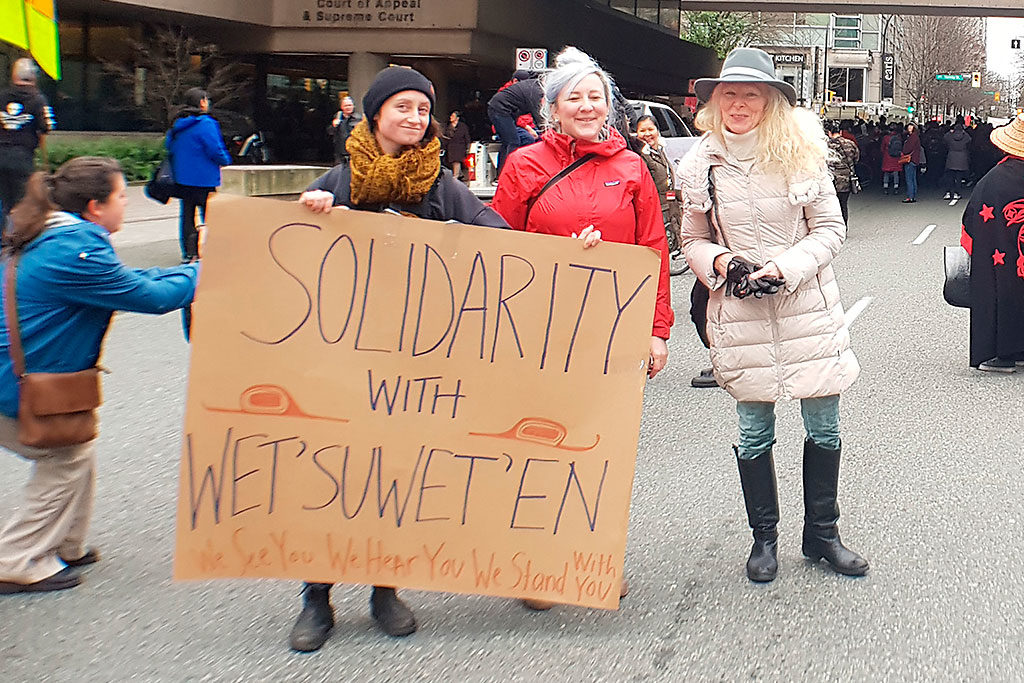 Recent controversy over a natural gas pipeline blockade and the differing priorities of hereditary chiefs and elected band councillors illustrates a fundamental problem with our systems of governance and economics.

Elected councils for the Wet’suwet’en and other Indigenous bands have signed lucrative “impact benefit agreements” with TransCanada (now called TC Energy), builder of the Coastal GasLink pipeline that would bring fracked gas 670 kilometres from Dawson Creek, B.C., to an LNG Canada liquefaction plant at Kitimat, B.C. (A consortium that includes Malaysian, Chinese and Korean companies owns LNG Canada.) Wet’suwet’en hereditary chiefs oppose pipeline projects that threaten the health and well-being of people who live in the territory, which they have never ceded or surrendered.

Governments of B.C. and Canada claim agreements with elected band councils constitute consent, even though Supreme Court cases, including 1997’s Delgamuukw v. the Queen, which involved the Gitxsan and Wet’suwet’en, have recognized traditional governance forms, including the hereditary chief and clan system, on traditional territories. Elected band councils are more like municipal councils that have limited jurisdiction only over reserve lands.

The hereditary chief system was in place long before settlers and colonizers arrived. Chiefs, clans and house groups are responsible to the land and the people, and chiefs can be removed if they fail to fulfill their duties. The band council system is a product of the Indian Act, which also gave us residential schools.

The councils can’t be faulted for signing the agreements. Money and jobs are needed to support communities that struggle under the current economic system. But pipelines and other fossil fuel projects provide mostly short-term jobs and economic benefits, mainly related to pipeline construction. As with many elected bodies, it’s difficult for the councils to look beyond immediate priorities and election-cycle timelines.

The hereditary chiefs’ and land defenders’ world view goes beyond this pipeline and Indigenous issues. Neskonlith First Nation Chief Judy Wilson, of the Union of B.C. Indian Chiefs, told news magazine the Tyee that defenders are standing up for everyone in the face of global warming.

“That’s what the Indigenous land defenders are talking about when they say we need to protect the land and the water,” she said. “It’s critical and crucial to every Canadian. Not only in B.C. and Canada, but globally there has to be an awakening now.”