Is there a Rumble coming to the High Park Zoo? | TRNTO.com
Skip to content 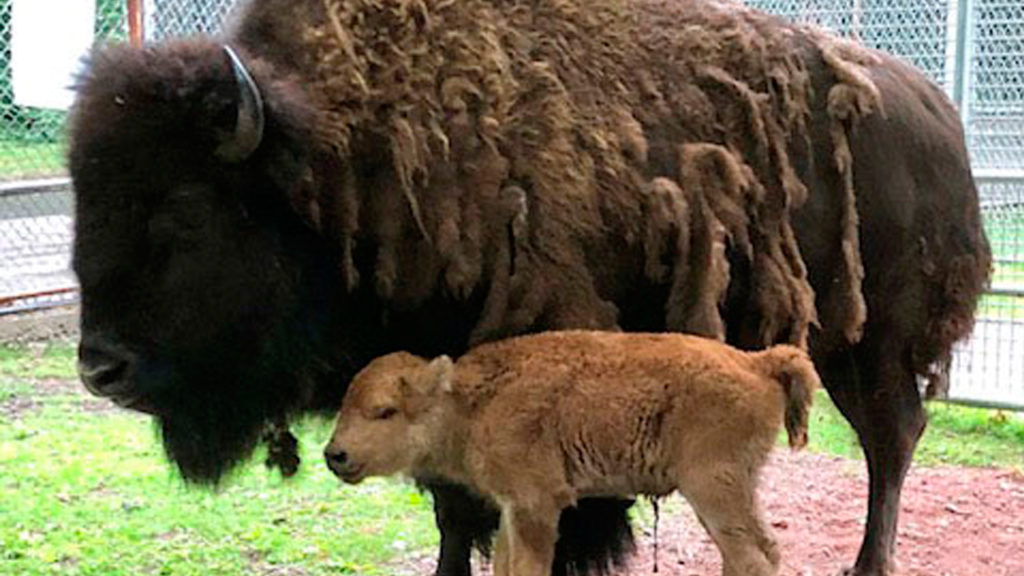 The High Park Zoo is now home to a brand new baby bison calf. In early June, bisons Whistler and Benny welcomed their offspring into the world, and now, the zoo is asking people to vote on a name for the newest member of the High Park animal kingdom.

The zoo has narrowed it down to four options: Dakota, Yoho, Rumble, and Cody.

A Reddit thread about the new bison has prompted more ideas for the name including Bryson, Reese Witherbison, Cornelius, Hubba Bubba, Arnold Bisonegger, and Mike Bison. Other users suggested simpler names for the calf such as Bill or Gary.

Still, others suggested Bison McBisonface as a nod to the Boaty McBoatface fiasco of 2016, when a British government agency regrettably asked the internet to help crowdsource a name for a $287 million research ship, and the slightly ridiculous title won out.

Luckily, the park should be able to avoid a similar fate as voters are limited to the four options listed on their site. “Rumble” is a particularly fitting option for the animal, given the fact that the bison is the largest land mammal in North America — they can weigh up to 2,000 pounds and run 65 km per hour (read: you don’t want to make a bison mad).

In addition to the bison, the High Park Zoo houses barbary sheep, mouflon sheep, emus, llamas, peacocks, reindeers, West Highland cattle, yaks, and capybara—the giant tropical rodents who made in history in 2016 when they famously escaped the park in search of a better life. After a weeks-long search that cost the city $15,000, Bonnie and Clyde returned to the zoo and have been safe at home ever since.

If the new baby bison at the zoo is anything like his dad, Benny, he’ll make for a lively addition to the park.

Visit highparkzoo.ca to cast your vote on the baby bison’s name. Voters are being asked to weigh in by July 17.