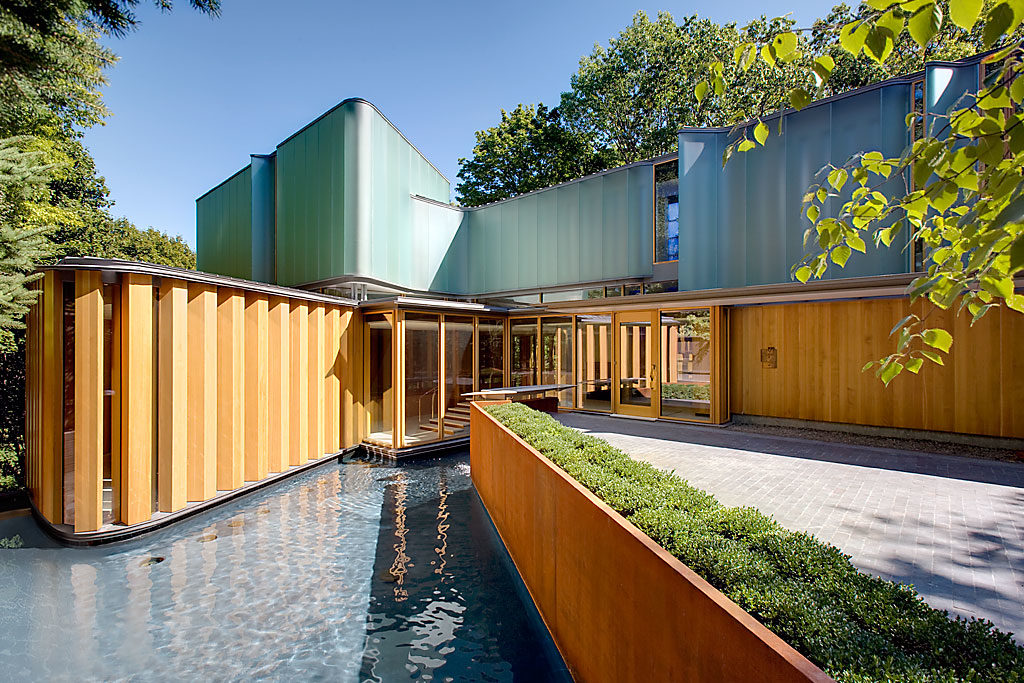 Integral House is a contemporary architectural stunner with its sleek and beautiful combination of glass and curved wooden walls. The landmark Rosedale home, designed by Shim-Sutcliffe Architects, won the 2012 Governor General’s Medal in Architecture. It is also home to a breathtaking performance space.

Integral House was the vision of renowned mathematician Jim Stewart. Stewart was a concert level violinist, calculus professor, philanthropist and gay rights activist. He was on a mission to create one of the most architecturally significant homes in North America, and he did just that. The home is designed around an internal concert hall and was hailed a masterpiece by architecture and design critics worldwide.

His story is now being told by filmmaker Joseph Clement in a documentary premiering at Hot Docs this month. The film follows Stewart’s decade-long journey to build his dream home. His story then becomes an emotional one when an unexpected turn of events takes place.

Integral Man had its world premiere at Isabel Bader Theatre on May 2, with additional showings at TIFF Bell Lightbox on May 3 and at Fox Theatre on May 5.