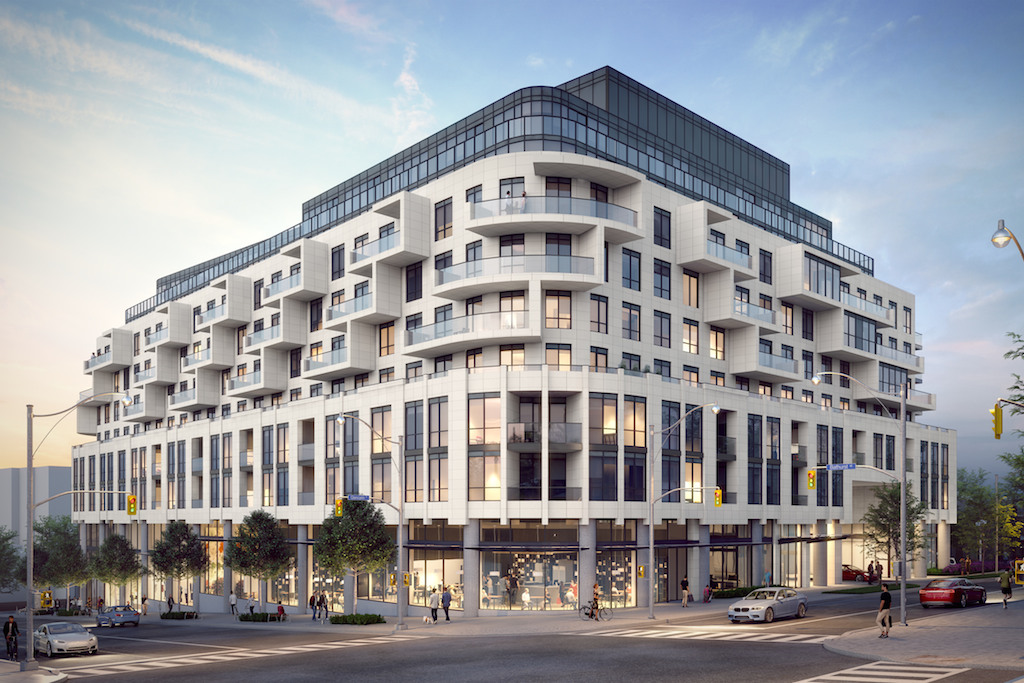 An updated development plan has been submitted to the city seeking a zoning bylaw amendment for 2788 Bathurst St. near Glencairn Avenue.

The development proposed by Lanterra Developments and designed by IBI Group is a nine- storey mixed-use residence that would include a boutique hotel, two retail spaces on the ground floor and 113 residential units, as well as a public park, which will be managed by the city.

The new residences will be located on the site of the old Bathurst Bowlerama and Entertainment Centre, which first opened in 1962 and closed in 2018.

So far the reception to the development has been warm from the community, which welcomes that it is a mid-rise rather than a tall tower and that the developer has opted for more park space than is legally required.

“I think it’s a very important and improved use of the site,” said local councillor Mike Colle.

Colle explained that the intersection at Bathurst Street and Glencairn Avenue is a key part of his Better Bathurst Street improvement plan. Through the plan, he hopes to beautify the street and improve its livability so it can act as a destination, not just a throughway.

There are currently two other developments proposed for the northeast and southeast corners of the intersection, and Colle sees this project on the southwest corner as a shining example of how development can be done right.

“I wanted to get this one right because whatever goes here is going to be rapidly replicated on Bathurst Street, especially across the street,” he said. “If we had a real high building here and no parkland, others would follow suit. Making this one attractive really sets the tone for making Bathurst Street a more attractive place.”

The building features light cream-coloured features and limestone-coloured concrete framing, an asymmetrical balcony pattern and lots of glass, including large canopy windows at street level for the retail.

The parkland included is about twice as big as the city requires and offers the area much-needed green space, Colle said, especially for Bialek Hebrew School next door. He predicted its students will make use of the park.

Colle also said the hotel will be useful for the Orthodox Jewish community in the area since they often have relatives visit from the U.S. who don’t have anywhere to stay nearby.

“We were in favour of most of what they were requesting,” Nobrega said. “There wasn’t a whole lot of opposition [from the community].”

Nobrega said that the community liked that the building offered more multi- bedroom units — it will have 14 one-bedroom units, 78 two-bedrooms and 21 three-bedrooms — as it would be more attractive to families to move into the area. He also said the developer lives in the area, which he sees as a plus.

“He’s not foreign to what the community needs,” Nobrega said. “That was reflected in what he put forth.”

Nobrega did say that there is some concern over increased traffic, due to the entrance going onto Glencairn, but also that that is typical of Toronto developments.

Colle said that construction will likely begin in the fall.