Housing prices to drop in 2011: CREA | TRNTO.com
Skip to content 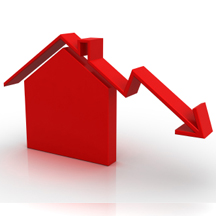 The Canadian Real Estate Association (CREA) has lowered its forecast for home sales and prices in 2010 and into next year.

Originally, CREA was predicting home prices across Canada would rise 5.4 per cent in 2010. Now, the organization says prices will only increase by 1.6 per cent (still to a record average of $325,400).

Next year, all provinces are forecast to post modest average price gains, except for B.C. and Ontario.

The slowdown in the two provinces will push the national home price average down by 2.2 per cent in 2011.

According to CREA, resale activity in Ontario has unfolded as expected during the first quarter of 2010. However, lack of affordability in British Columbia has slowed sales.

Add in recent changes to mortgage regulations, plus rising interest rates, and it’s the perfect formula to slow the market down.