How a Toronto couple repurposed a 1940s semi-detached to meet the needs of their growing family | TRNTO.com
Skip to content 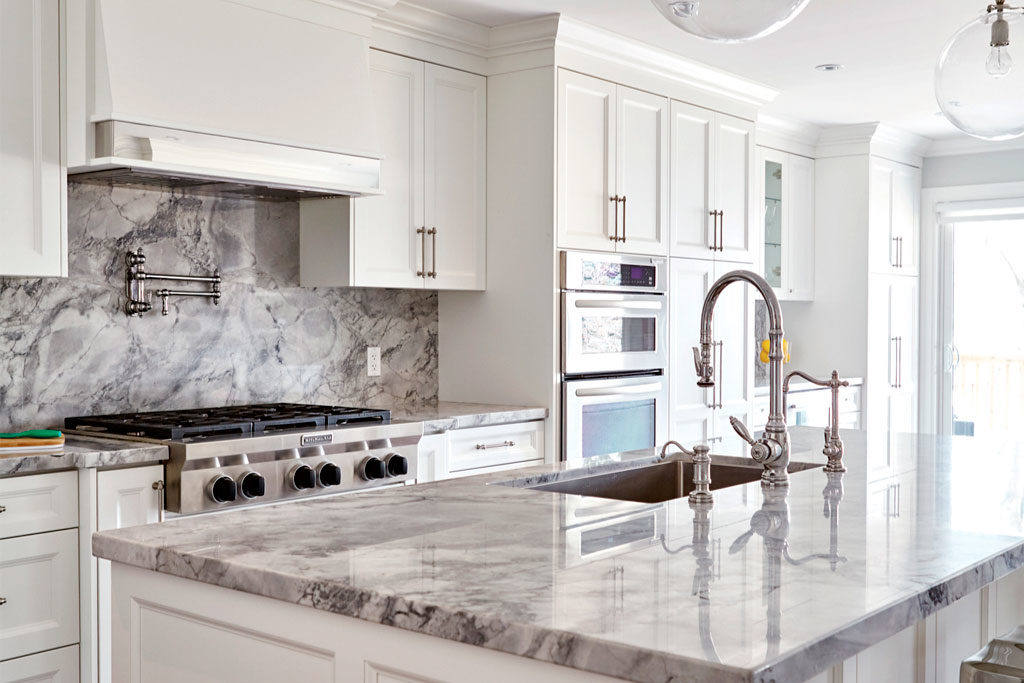 Davisville Village is becoming one of T.O.’s tonier neighbourhoods. As each redevelopment goes up, prices have been steadily climbing out of reach for most new homebuyers. For that reason, the Crisp family, long-term residents of the area, decided they needed to make a change to their 1940s semi-detached, two-storey home for them to continue enjoying the neighbourhood and community.

Euan Crisp grew up in the area, and his wife, Chantel, a real estate broker with Royal Lepage Signature Realty, was able to forecast the rising tide.

The couple knew they couldn’t support a mortgage for the home they desired in the area. Enter Euan’s mother, Lesley Crisp, and the home that Euan was raised in. Given the home’s age and size, it was becoming too much for Lesley. That’s when they called Eurodale Design + Build to put a plan in motion.

Designing for more space, the intention was to expand the home across the basement, main and second levels, then split it into two distinctly separate,yet connected living spaces. We pushed out 20 feet into the rear yard and underpinned the basement for an eight-foot ceiling. It was as extensive a full gut–style remodel of the existing home one could do.

In the end, the Crisps created a home that provided updated living space for each family unit as well as noise and life safety (and sanity) separations that mimic a legal secondary suite (while retaining the single-family dwelling status, given its one extended family living under the single roof). This type of multigenerational co-living arrangement is not new, but it is gaining much more traction across North America.

Midway through the project, Euan and Chantel got pregnant, and the excitement of a third generation under the soon-to-be-renovated roof took hold.

As a scary turn of fate, in her last trimester, Chantel was diagnosed with leukemia and given a three- to four-month survival prognosis. Delivery of their first child, their son Lincoln, was immediately scheduled and occurred within four days of the diagnosis.

Chemotherapy commenced immediately thereafter. After a long and very publicly fought battle with the Ontario health system, Chantel received life-saving stem cell transplants in Hamilton and now holds annual fundraisers under the name Cheers to Life. She has raised more than $35,000 to fund stem cell treatments and also added 70 new donors to the databank for future patients.

Now that she’s healthy again and the dust from the remodel has long since settled, the Crisps reflect on all they endured through the process.

Both agree the master suite — specifically the ensuite bathroom — is their favourite spot in the home.

A luxurious spa-inspired space with a shower you can spin around in without bumping a wall is what Euan enjoys most, whereas the soaker tub to fully unwind and relax in is the highlight for Chantel.

In the basement, the fully self-contained two-bedroom suite not only provides for multi-generational housing, it also provides future long-term financial stability for the owners who could eventually rent it out to others who want to live in the community but cannot afford a house on their own.