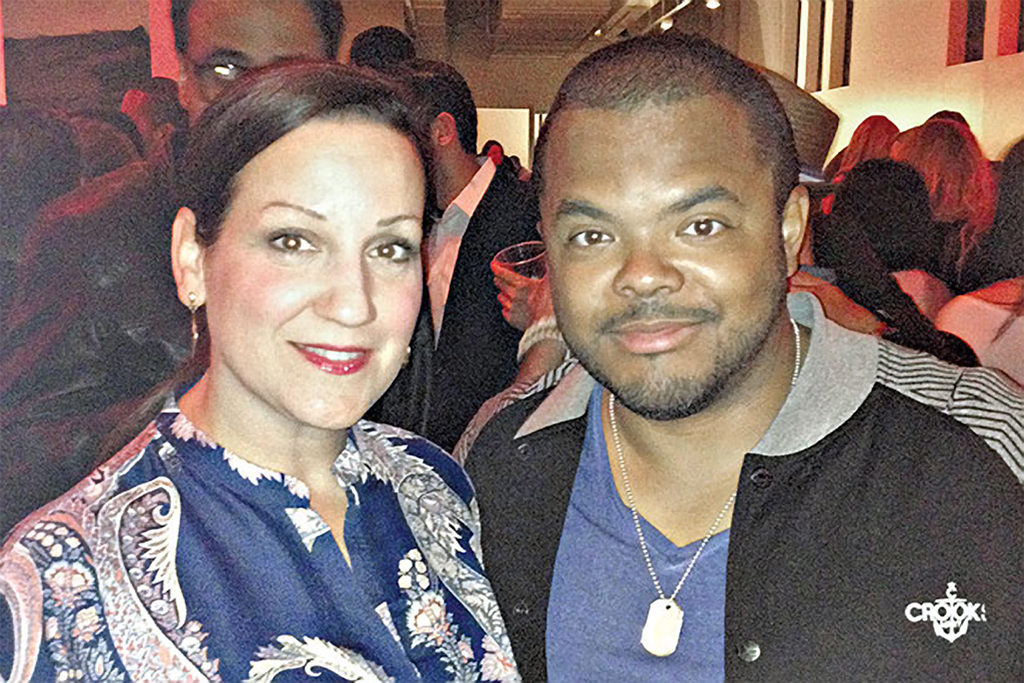 In a big city such as Toronto, it’s hard to find someone who feels like home. Luckily for Roger Mooking, when his now-wife Leslie strolled into Barrio restaurant, where Mooking had his first gig as a head chef, all the pair talked about was home. After the dinner rush, the Edmonton natives quickly bonded over their old city, and it’s been “Edmonton nostalgia” ever since. After taking Leslie on last-minute road trips to different cities to eat during their courtship, an epic elopement atop a mountain in Castara Tobago sealed the deal.

Fast-forward to the present. Roger and Leslie now juggle a boisterous household in Toronto with four kids, two dogs, lots of singing and lots of cooking. Here, Roger tells us how it all happened:

When was your first date?

This was in 2005. One of the servers at Barrio was an actor, and he was putting on a one-man show. We went to the show and then walked around the St. Lawrence Market area before stopping at a lounge to chat. It was very old-school and didn’t include the Internet or any apps.

We liked taking last-minute road trips on a whim and exploring different cities. Most memorable was a trip to San Francisco when we were pregnant with our first daughter. It was five days of eating, Alcatraz, seal watching, chowder-eating, shopping and more eating. This trip is likely one of the reasons that San Francisco is one of my favourite cities in the world.

Tell us about the proposal.

Some things are sacred. This is one of them.

I am a chef, recording artist and TV personality, and that’s how we pay the bills around here. Leslie handles most of my professional wardrobe demands (pre-kids she was a fashion producer and wardrobe stylist for many years), and she is possibly the best mother among earthlings. We embrace change because, well, that is the natural order of things. So a lot has changed and yet nothing has change.

Where were you married?

We were married in Castara Tobago in the finest elopement in history.  We looked out on the ocean on the edge of a mountaintop while hovering over a fishing village below. It was a very hot day,
and as soon as the ceremony was over, we changed into shorts and T-shirts. We spent the week on that mountaintop and ventured around Tobago in our rental car visiting many of my old childhood stomping grounds. After Tobago, we met my entire family in Trinidad for a week-long family reunion. Every night was a reunion/wedding party. Perfection! When we went to visit our parents in Edmonton months later, they conspired and threw us a surprise party to celebrate the wedding again. Everyone was a part of our wedding in a very unusual way, and the festivities went on for a year.

Do you have any advice on relationships?

I’m no expert on relationships, but it doesn’t hurt to cook and sing for one another whether you can cook and sing or not. Other things I’ve learned are: laugh as though no one can hear you, buy the most memorable jewellery your money can buy and buy flowers for no reason and, in the words of my father, “Relationships are a decision.” Decide to be there and you will stay there.