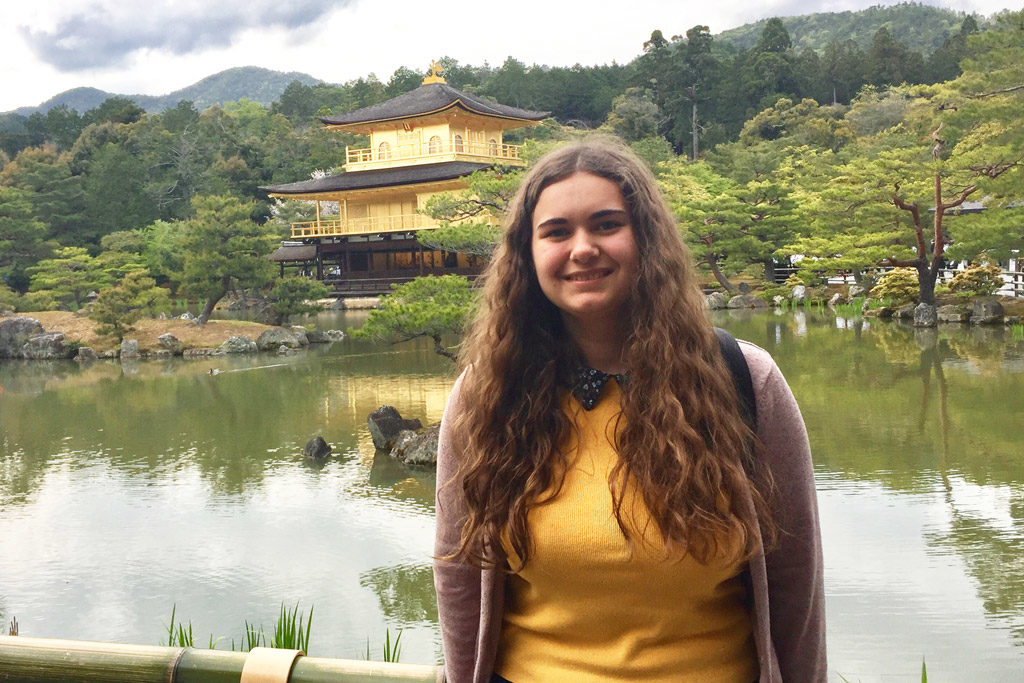 For Evi Tampold, dealing with attention deficit hyperactivity disorder (ADHD) as a child was both a curse and a blessing. A curse because she grew up with frustrating bouts of hyperactivity and rage, and a blessing because it drew her to the world of graphic novels.

Due to her condition, Tampold wasn’t able to concentrate enough to learn how to read at an early age, so she gravitated toward comics. It wasn’t a school book that taught her how to read, she says, it was Bone — a legendary series from comic creator Jeff Smith.

Perhaps it’s not surprising, then, that she showed an aptitude for drawing from an early age and throughout her years at Alpha II Alternative School near Bloor and Dufferin.

“Drawing has been my language since I was young,” Tampold says.

Now, the 18-year-old Toronto resident is an up-and-coming graphic novelist herself. The medium does not have many big-name creators who are under 20 years old, but Tampold has gotten an early start.

She produced her first comic strip story, “Black Thread,” at age 14. For someone not immediately proficient at reading and writing, the experience was a crucial one.

“It was life-changing to be able to create a story,” she says. “The fact that I could produce a story that was in my head was incredible.”

Soon after, she created her first solo graphic novel, The Hallway Closet, at the age of 16. Intimate, emotional and startling in its maturity, it is an autobiographical account of Tampold’s experience with ADHD.

It recalls the story of how, when her behaviour spiraled out of control as a young child, her mother would place her in an area devoid of sensory stimulation — the titular hallway closet — until she calmed down.

Eventually, Tampold’s outbursts receded, and as she grew up, she says she largely forgot about her ordeals with ADHD. That was until she decided she wanted to participate in the Graphic Medicine conference, an initiative that examines the usefulness of comics in medical education and patient care.

When brainstorming a potential project for the conference, memories of her ADHD — and her encounters with the closet — slowly surfaced. So she began to draw, and more memories returned. The Hallway Closet was born.

It was an emotional process, but one that was also cathartic, she says.

“I had to think about the experience and what it meant,” she says. “I was able to give it worth.”

With the help of her mom and dad — who were blown away at the level of sophistication of her work — Tampold self-published The Hallway Closet and took it around to comic shops around Toronto to get it stocked on their shelves.

Tampold followed up The Hallway Closet with Keeper of the Clouds, a collaboration with University of Toronto teaching assistant Liza Futerman on the topic of dementia.

“When I was making comics at that age, I never in a million years would have ever made something that was that emotionally raw and thoughtful,” says Miles Baker, managing director of the Toronto Comic Arts Festival. “What I find even more impressive is that she took The Hallway Closet and found even more courage to approach stores and zine fairs to promote, share and sell the work.”

These days, Tampold is a student at Goddard College in Vermont and is at work on her latest comic, Just to Talk, the true story of a Toronto doctor and her decision to become a psychiatrist. Tampold is also artist-in-residence at Yorkville Design Centre, where she creates one-of-a-kind residential art pieces.

“I want to push myself and see how far I can go with this,” Tampold says of her burgeoning graphic novel career. “I’d like to consider myself to be a professional.”

Tampold’s work can be found online or at comic shops across Toronto, including Page & Panel at the Toronto Reference Library.