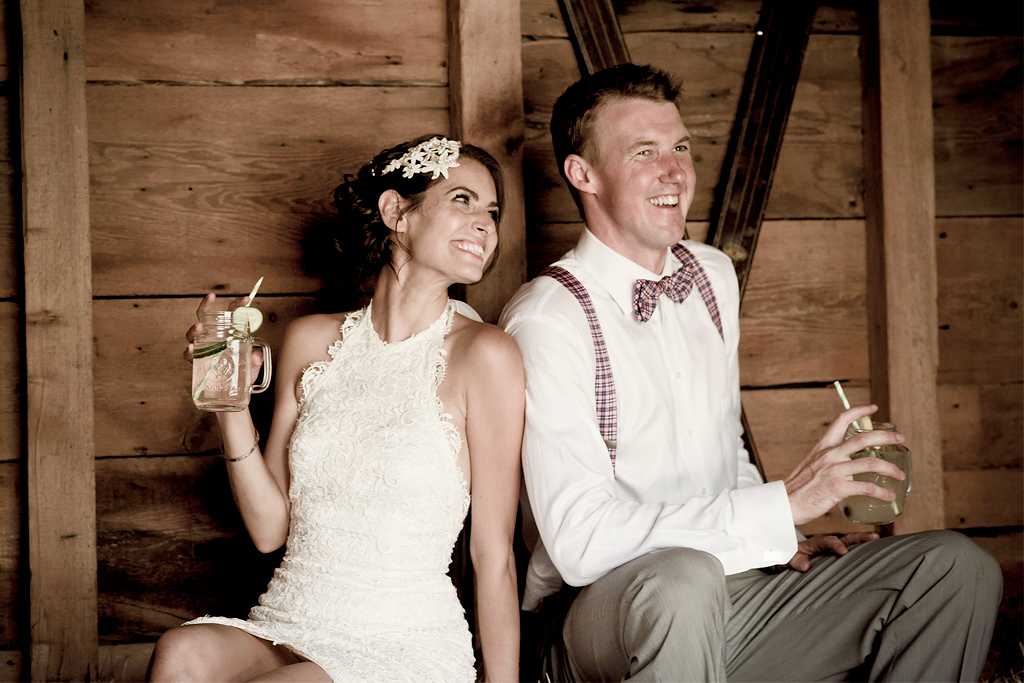 When Global News chief meteorologist Anthony Farnell took off for a ski trip with his buddies, he didn’t know he would be one of the first COVID-19 cases in Ontario on his return. Farnell and his wife Samantha Guedes began isolating in their home and had daily phone calls with Toronto Public Health. Now Farnell is thankfully virus-free and feeling great. He’s still working at home delivering weather reports to Torontonians, and Samantha and their dog, Storm, have been helping out and directing his weekly weather lessons on YouTube. Here’s how the pair met.

Samantha and I actually met at a bar. For those that don’t know, it’s this place where people used to go to meet new people before dating apps became super popular. I was out with my friends, and this gorgeous woman came up to say hi to me. The moment didn’t last long, and I later found out she had been semi-stalking me from TV.

Our first date was at a restaurant back in 2010. The place was on King Street, but it doesn’t exist anymore. As goes any love story, after the date, I told her I didn’t see things working out but asked if we could stay friends (oops)! Luckily we did, and almost a year later I regained the courage to ask her out and invited her to my family cottage in Vermont for Thanksgiving. Sam was dating someone at the time but (thankfully) she broke it off, and we travelled to Vermont together to meet the fam. By the end of the weekend we were “going steady.”

A tricky bit with the whole “courtship” was that I’m not very romantic! It’s something I’m still working on today, but it helps that Sam is amazing and has been incredibly understanding about it. Overall we dated for about six months before moving in together and then we were engaged six months after that.

It didn’t exactly work out as I would have liked. We were back in Vermont, and I had ordered a ring to the cottage, but it was late arriving. We therefore had to stay an extra night, and I had to make up an excuse to visit the post office to pick up the ring on our way back to Toronto the next day. I really wanted to propose in Vermont, where we already had so many great memories together, but my time was running out. I stopped the car on the side of the road right before the border. I asked Sam if she wanted to feed the cows and ended up pulling out the ring right as a cow was licking her hand. I probably should have had a better speech prepared, and maybe not kneeling in cow manure would have made it more romantic, but either way she said yes.

We got married three years after our engagement and did it back at that same cottage where it all began. We had 80 friends and family from both Montreal and Toronto along with many of Sam’s relatives from Portugal. The ceremony took place in front of our century-old barn. The day was amazing.

Our honeymoon was right after at an all-inclusive resort in Playa del Carmen, Mexico. That was actually the last all-inclusive we ever went to since we now much prefer more adventurous, off-the-beaten-path vacations.

I have been working at Global News for almost 15 years now, but a couple of years ago my schedule switched to working an earlier shift. Not working until midnight every night really helped our personal lives. Sam was a realtor but found the stress of selling overpriced homes in Toronto to be too much. She is now a part-time nanny for a couple of families in our neighbourhood.

Life is a work-in-progress, and we do our best to try and listen to each other and help each other out every day.