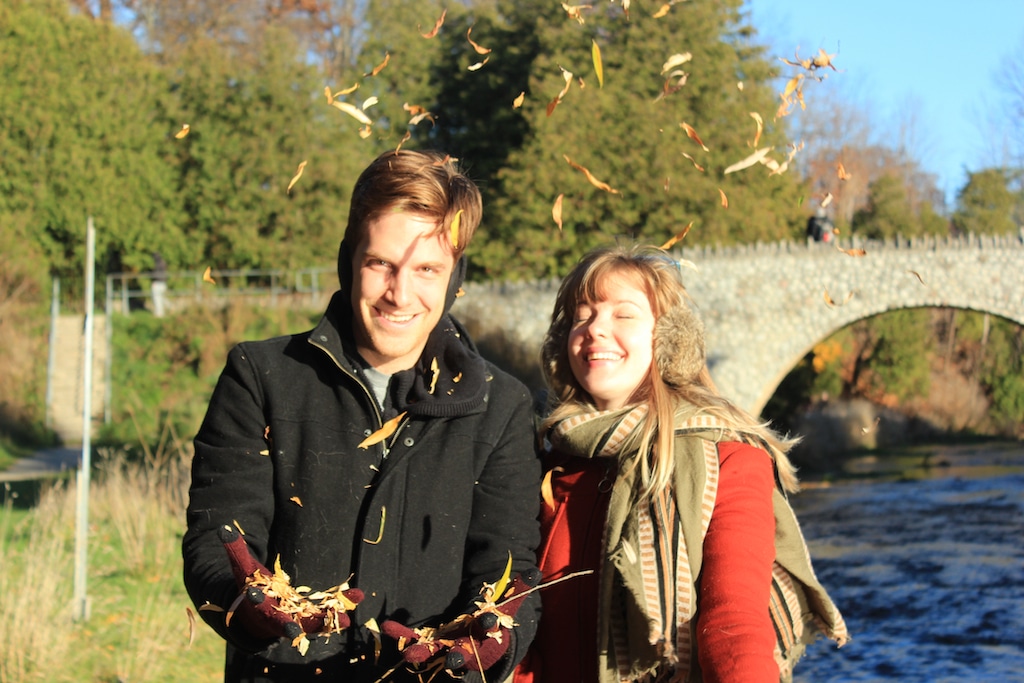 Actor Gordon Hecht stars in Coal Mine Theatre’s production of Marjorie Prime, but it was during a production at Soulpepper that he met the love of his life Natalie Swiercz. The pair are in the midst of planning their summer wedding. In the meantime, Hecht hits the stage in Marjorie Prime alongside Martha Henry — one of Canada’s most iconic performers. The play is a sci-fi drama that explores the mysteries of human identity and the limits of what technology can replace and it is on stage until Feb. 23.

Gordon: We met while both working at Soulpepper.

Natalie: I’m pretty quiet so I noticed him before he noticed me. My way of getting his attention was making sure I inserted myself into card games that he was playing or actually going out when the cast and crew went out (which I never do).

Natalie: Our first date was at the movies at Yonge and Dundas Cineplex. It was the remake of the Mad Max movie, and told us immediately that we had similar taste. We wanted to up the ante on the date and saw it in VIP, which neither of us had done before. It was hilarious and silly. We ate in the lounge and then ordered drinks at our seats. Perfectly low key, which to this day is still very us.

Gordon: Someone was crinkling a candy wrapper very loudly and I yelled at them to eat quieter. I expected Natalie to thank me, she thought I was being a jerk. I was being a jerk. I love her. But I still thInk that person was eating too loudly. I mean come on, Mad Max is a super loud movie. If your eating is louder than an action movie, you eat too loud.

Gordon: I designed the whole proposal to make Natalie cry happy tears as much as possible. Natalie arrived at her sister’s place thinking that her sister was hosting a summer barbecue. When she got there, she saw rose petals and decorations on the steps leading up to her sister’s porch. As she walked up the stairs, I started playing a romantic piano fill. When she finally arrived on the porch, she saw me sitting at the piano with an engagement ring displayed on it. Now Natalie understood what was happening, but she wasn’t crying. I took a deep breath, preparing to sing Randy Newman’s “Feels like home,” I looked into her eyes checking one last time for tears — nothing. I started to sing the first note and immediately got so chocked up I was barely able to sob my way through it. She did cry once during the song, I think out of pity more than anything else — but she said yes. 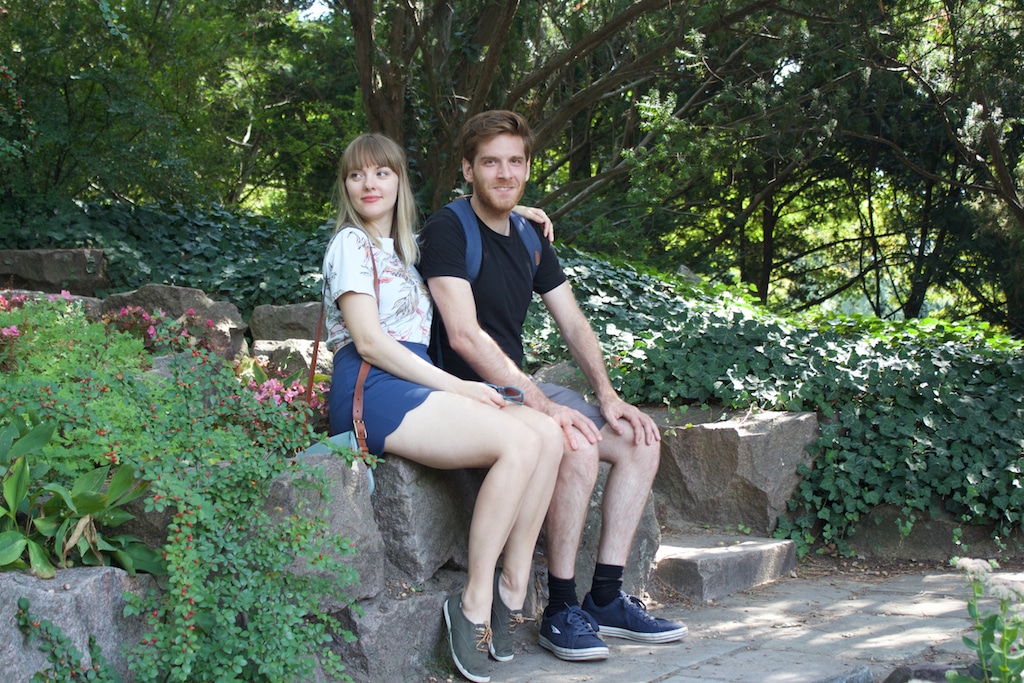 Gordon: We will be married Aug. 29, 2020 at the Drake One Fifty. We haven’t figured out where our honeymoon will be but we have some ideas: either a remote South American resort, a Japanese backpacking getaway or some place that has gorillas. Don’t get Natalie too excited about honeymoon planning though because we are currently knee-deep in the planning of our wedding. Do you know of any good DJs?

Gordon: We have a cat, his name is Bowen and he is three years old. I hope he becomes a lawyer or doctor when he grows up. I have given up on hoping for grandkids because we had him neutered.

Natalie: At the beginning of our relationship we both worked at the same theatre company and started living together almost right away. It was very easy for us to make time for one another. We biked to and from work together every day. Now we have some periods of time where one or both of us are super busy but we are both very independent people and don’t hold it against each other. If someone feels neglected we make sure we carve out time to do something special where we aren’t on our phones or in front of a screen and are present with each other.

Natalie: We both love movies and TV. We love rock climbing. Neither of us like working out, but rock climbing is a puzzle and changes all the time so it makes it way more interesting. We are into meditation, and mostly do it on our own, but we use the same app. Recently we started reading to each other.

Gordon: A lot of our own interests have spilled over into each other. Natalie got me into dinners out and being in nature and I showed Natalie the art of spending an entire day in your pyjamas.

Natalie: We live in Bloordale Village and always feel blessed to live next to Dufferin mall!

Natalie: It’s all about communication. Any argument is followed by talks about what each of us is feeling. Gordon was the one who, from the beginning, made sure that things were never left to fester. Now it’s the way we handle things.

Catch Gordon Hecht in Marjorie Prime on stage at the Coal Mine Theatre until Feb. 23.