How is Main Street coping in Midtown? | TRNTO.com
Skip to content 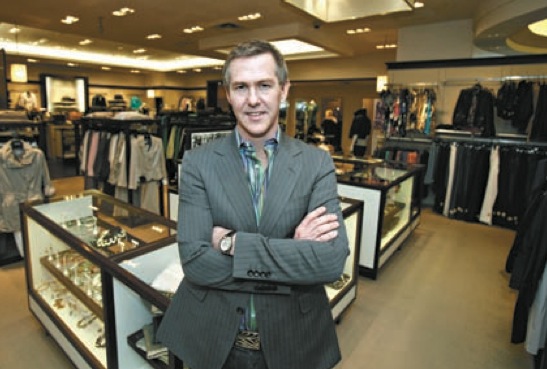 LOCAL BUSINESSES IN Midtown may be suffering, but many small business owners remain hopeful that with the support of the community they will be able to weather the economic storm.
“We’ve been through recessions before,” said Madeline Borg, the owner of the Paper Moon, a gift shop near Yonge Street and Eglinton Avenue. “No one is really confident right now. Still, we’re hoping for the best.”

Though the winter months after Christmas are traditionally slow months for retailers and restaurants, some Main Street businesses are reporting deeper losses than previous years.

Rizzuto said customers are much more careful this year to get value in their orders when they eat out.

“Spending habits are changing a little bit — people aren’t spending as much,” he said, adding that instead of having a bottle of wine, for example, patrons will drink by the glass. “I just think they’re being a little cautious of how much they’re spending when they do go out.”

Despite a drop in sales, the restaurateur hasn’t made any changes to his model or menu or laid off any staff, in the hopes that his customers’ new spending habits are only temporary.

“We’re not looking to cut back anyway,” he said. “Especially being in the service industry, it’s difficult to cut back. On busier nights it could affect your service, and then you’re worse off.”

In Yorkville, the situation is much the same. High-end women’s retailer Andrew’s, located in Hazelton Lanes, reported a decrease in sales for the month of February, but owner Darren Mason said sales have reached a plateau and that he’s working just as hard as always.

What has changed significantly, he said, is that suppliers aren’t stocking the same amount of inventory they have in the past.

“Once a particular item sells, it sells,” he said. “Even if we want to reorder it, we don’t have the opportunity because they’re not restocking.”

Small businesses are crucial to building strong communities, said Rebecca Reuber, a professor of entrepreneurship and small business at the Rotman School of Management.

Even though retailers are trying to be positive, local BIAs reported closures. Last year, there were about 144 businesses in the Upper Village BIA, which runs along Eglinton Avenue West. This year, there are between 115 and 120, said Steven Petroff, chair of the BIA and owner of the Petroff Gallery.

Larger projects, like street festivals, will not move forward this spring, he said. But the BIA will plant flowers and maintain street furniture and lampposts to keep the area attractive.

“We still think it’s important to give people a reason to come here, whether they’re buying or not,” he said.