How James Downing, star of CTV's Cardinal, met his wife in the '80s
Skip to content 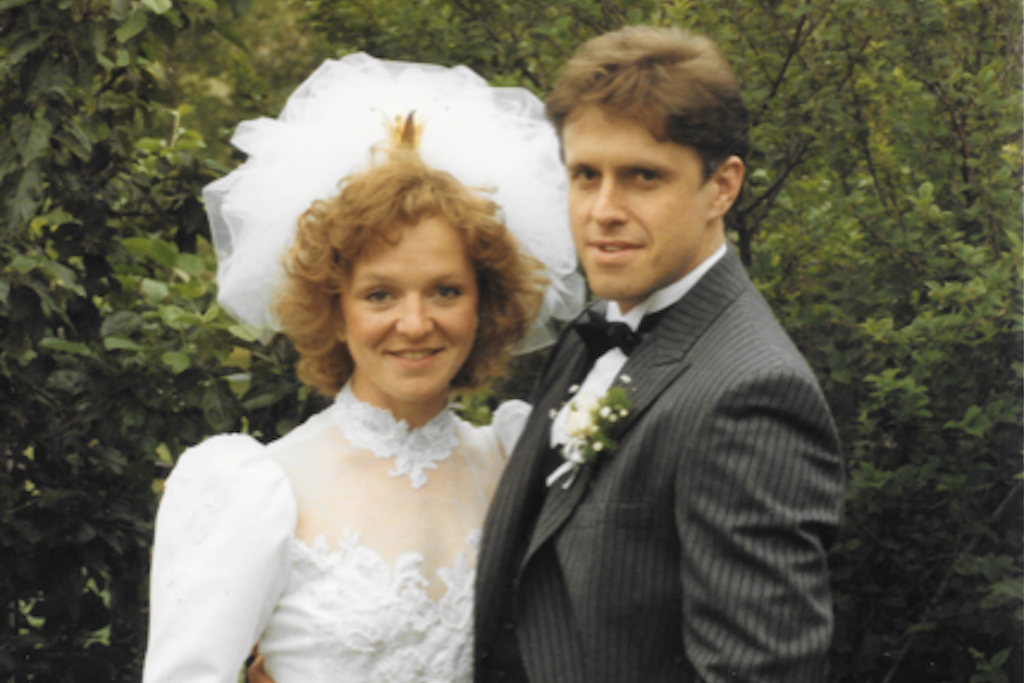 The fourth and final season of Cardinal premieres tonight on CTV at 10 p.m., so we caught up with James Downing who plays Detective McLeod in the series. The tagline for the fourth season is, “Six more weeks of winter,” as the season unfolds with a seemingly mundane missing-persons case that turns into a spree of murders.

However, there is enough grim news going around right now so instead of focusing on his detective work, we chat with Downing about the feel-good, cross-country story about how he met his wife and fellow actor, Nola.

That’s a complicated question. The only occasion to which Nola will admit was when we were introduced at the first production meeting of the Banff Centennial Musical, aptly called Hot Tub. That was in the summer of 1985. I had worked with that company on numerous occasions but had decided that I would take the summer off, but then I saw in the Calgary Herald that Nola was joining the ensemble. I had seen her in the Theatre Network’s production of Is Nothing So-Cred Anymore? and thought she was fabulous. So I changed my mind and signed on for the show. I had been in Banff for about five weeks prior, working with the television festival and had been doing some hiking. It had been a beautiful early summer, so I had a tan and was sporting the obligatory “Don Johnson stubble” that was popular back then. When Nola saw me on the first day of rehearsal, I was wearing tight jeans, a bright red linen shirt, a pale sport jacket with the sleeves pushed up and was carrying a guitar. I was walking on Banff Avenue as she drove by and she said to herself, “What do you want to bet that guy is in the show?” We had, in fact, met on two previous occasions but when I reminded her of that fact, she denied any recollection of it.

I wouldn’t so much call it a date, but a meeting. We had been doing two weeks of table work on the Hot Tub script and after the first week, she phoned me to illicit a more vigorous contribution on my part to address what we all agreed were areas of concern. We began meeting for breakfast each morning to discuss what we thought needed more work. I think I managed to gain IQ points and we became friends until I realized I had a huge crush on her.

The time we got caught in the rain walking back from Sundance Canyon. I know it sounds a bit cliché but it was really lovely.

We had been seeing each other for about a year. We were lying in bed and I said somewhat absently, “Well, I guess it doesn’t get any better than this,” and after a pregnant pause, Nola replied, “Are you asking me to marry you?” I thought for a moment and then laughed and said, “Yeah, I guess I am.” Then she punched me in the arm.

We had a lovely candle-lit ceremony in Edmonton on July 4. I deliberately picked a day I wouldn’t forget. I considered July 1 but that seemed a little too on the nose. The best man was my good buddy Darlene. Fortunately, I’ve gotten over the fact that she looked better in the morning coat than I did. Our honeymoon was a three-week driving trip across the country to the east coast and back, with a series of visits with family and friends along the way. My family in Montreal, followed by Quebec City, Bar Harbour, P.E.I. and Cape Breton. We caught the Shaw Festival and the Blyth Festival where we saw our good friend Ray Storey’s initial production of Girls in the Gang. It was quite magical.

We work on the reward system. No seriously, we were 30 years old when we got married and had been professionals for 10 years at that point. Also, we’ve always been really good friends so it was never an issue.

Like many actors, I supplement my income with other things. I’ve always enjoyed carpentry and I’ve been a renovation subcontractor for the last 15 years. Conveniently, Nola has excellent design taste, and yes, I’m willing to admit that. So together we’ve had fun renovating our various homes. Not to mention our shared vocation as artists. We really love what we do.

For the last 15 years, we’ve been lucky enough to live right around the corner from The Old Mill with a great view of the Humber River and High Park just up the street. It’s a great part of town.

We make each other laugh. Or at least Nola makes me laugh. It’s quite possible she’s been humouring me all this time. We think of each other as friends instead of extensions, so there is a respect that keeps us from taking each other for granted. That means we say, “Thank you” and “I’m sorry” a lot.

Catch James Downing in the fourth and final season of Cardinal premieres on Monday, April 6 at 10 p.m. on CTV.