How the Toronto Raptors became part of the city’s DNA | TRNTO.com
Skip to content 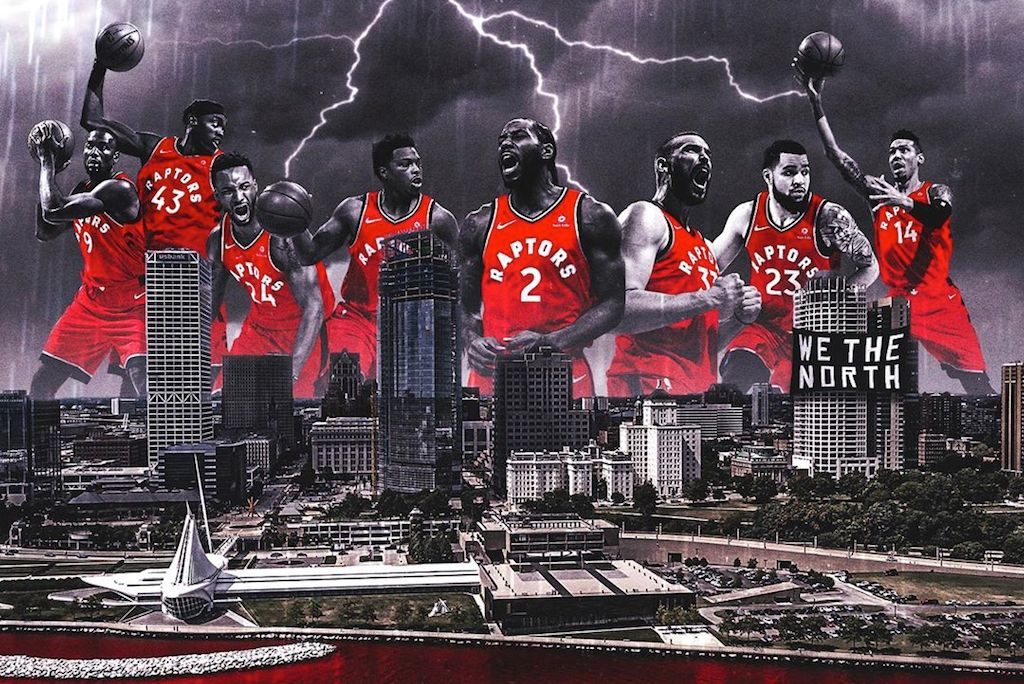 Tonight is the Raptors’ first game of the season and after their epic win in June fans are excited to see the NBA champions raise the franchise’s first title banner to the rafters. It’ll be a historic night, that’s for sure.

For 25 years, Toronto Raptors fans have watched the season opener with eager anticipation. In the early years, the hope was to win enough games to garner legitimacy.

And then, once the Vince Carter era began, fans began to crave playoff berths. Some might have even dreamed of making the finals back then. But tonight is different. Tonight the Raptors begin the season as NBA champions, and the city is as excited as it’s ever been to start a sports season.

Toronto always loved the Raptors, but something changed during their championship run last spring. The team became a part of the city’s DNA — and there are signs of it all around town.

Perhaps the most obvious and important marker of the city’s love for the Raptors will be revealed as part of pre-game celebrations tonight. Mayor John Tory will formally unveil signs for Raptors Way, the ceremonially renamed portion of Bremner Boulevard between York Street and Lakeshore Boulevard West.

Beyond the ceremonial street name, other evidence of our collective love for the Raptors has been stamped on the urban fabric of Toronto. Peace to the Past, Reach for the Future is an 18-foot (5.5 metre) sculpture honouring the team by artists Esmaa Mohoamoud and Bryan Espiritu. Originally displayed at this year’s Nuit Blanche, it has now been relocated to Jurassic Park during the Tailgate Party.

Artists Luvsumone and Javid_Jah were inspired by the city’s incredible energy during the Eastern Conference Finals and responded by creating a mural in honour of athlete with the most impactful one-year tenure in the history of Toronto sports, Kawhi Leonard.

Commissioned by Forever Young Inc Tattoos and funded by the City of Toronto, this mural of Kawhi by artists Kyle and Will is now a fixture on Queen Street West.

Under the Welcome Toronto program, Drake and The Raptors donated $1 million to refurbish 12 community basketball courts over the next two years. They have already completed four: Femingdon, Matty Eckler, Thistletown and Malvern.

Bamboo Tattoo commissioned artist Paul Glyn Williams to commemorate the championship with a mural of Drake in a Raptors Jersey and the words: “If you’re reading this the Raptors made history.”

And, of course, the CN tower will pay homage to the team tonight by lighting up in Raptors red. The game starts at 8 p.m. You won’t want to miss it.