How They Met: After a New Year’s Eve meeting, news anchor Michelle Dubé waited eight years for a proposal | TRNTO.com
Skip to content 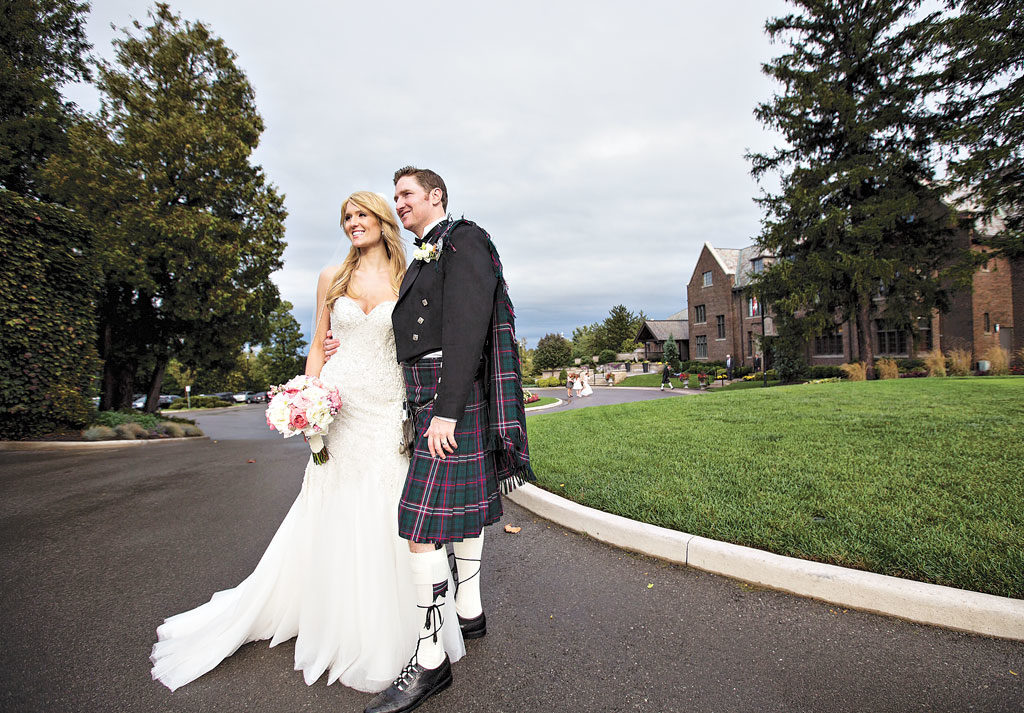 CTV News anchor, Michelle Dubé can now add mom to her resumé as she and husband Mark Ferguson just welcomed their baby girl in June. The couple share a home in Leaside, where Dubé says she can usually be found walking up and down Bayview on weekends. Now she’ll likely be pushing a stroller on those walks as well.

How they met
We met 10 years ago in Montreal on New Year’s Eve. We each travelled there with friends to celebrate and just happened to meet about an hour before midnight. The very first thing he said to me was, “Well, you’re a tall glass of water!” Yes, that cheesy pickup line broke the ice and we laughed the night away, welcoming the new year together.

The first date
The very next day we were not only on the same bus back home, we were the last two people on the bus. Turns out we grew up 10 minutes from each other! We exchanged numbers not really expecting to call, but the day after that a friend of mine cancelled plans on me. I was all dressed up with nowhere to go, so I called Mark. We didn’t do anything special. I think we watched a documentary. From then on we just kept spending more and more time together.

The courtship
Do you know how couples are sometimes head over heels for each other at first then things fizzle?

We were the opposite. We’ve both since admitted we weren’t that into each other at first. The feelings grew over time. By the summer we decided to go backpacking across Europe for a month. That trip really made us realize what we had was special. I knew from then on that I never wanted to be without him.

The proposal
I had to be very patient for the proposal. We were busy with our careers and didn’t want to throw a wedding into the mix (although by year five or six I found myself hoping for Mark to pop the question). It wasn’t until the eighth year together that he finally proposed. He first planned to do it on vacation in Mexico. He had asked my father’s permission before leaving, but with the ring in his pocket, we stepped off the plane to learn that his father passed away. We later took a trip to Florida, and that’s where, after a lovely night out, we went back to our suite to find roses and champagne. There was a note on the dresser with my name on it and inside it read, “It’s about time!” When I looked at Mark, he was on one knee with the most beautiful ring in his hand. I couldn’t have said yes fast enough and cried like a baby wishing his father were still here to share the great news.

The wedding
We were married Sept. 21, 2013, at the Hamilton Golf and Country Club back in my hometown of Ancaster.

Their lives now
As of June 11, 2015, we welcomed a daughter into the world. Our lives have been changed forever by little Paisley. We’re just starting to adjust to parenthood. I’m off on maternity leave while my husband is rushing home from work every day to spend time with his girls. It’s the most life-altering, wonderful experience.

Secret for success
We’re best friends, and we want nothing but the best for each other. Our favourite thing to do is spend time together (even after 10 years)!