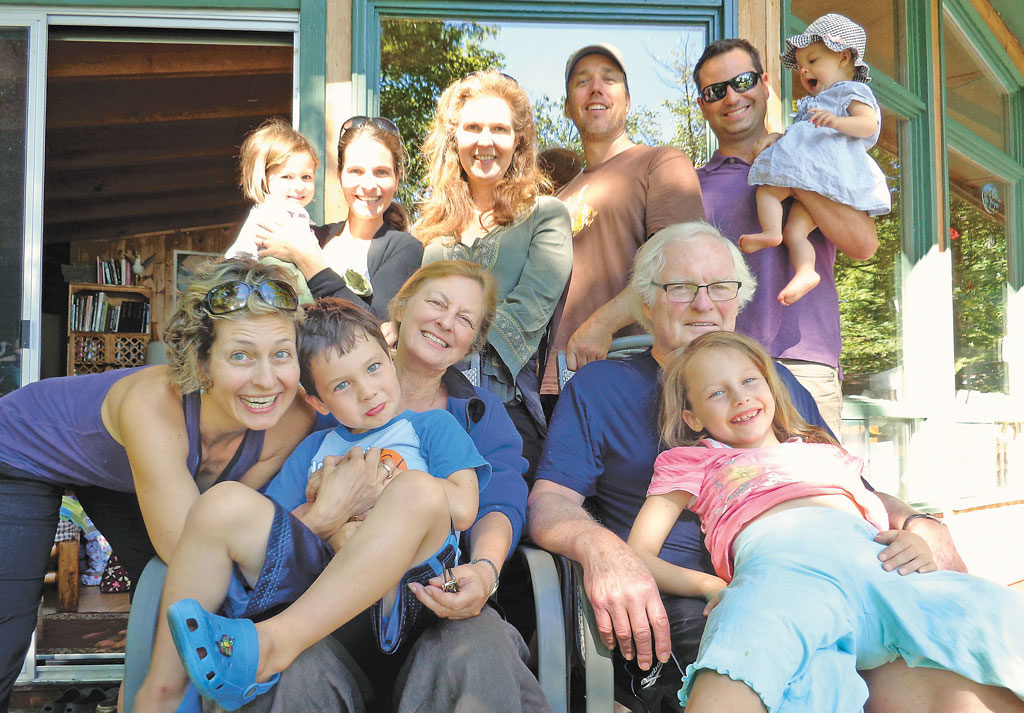 Anna Porter, a writer and former Canadian publisher, caught the eye of her now husband, lawyer Julian Porter, through a magazine spread.

Anna has written three novels and four non-fiction books, including her memoir, The Storyteller: A Memoir of Secrets, Magic and Lies.

Julian is one of the foremost experts in libel in Canada, as well as a specialist in civil litigation. This month, he will be awarded an honorary degree from the Law Society of Upper Canada in recognition of his legal career.

Julian has been a sole practitioner for 15 years and is also an author, focusing on art.

Anna founded Key Porter Books, a leading book publishing house that has published authors such as Farley Mowat, Norman Jewison, Margaret Atwood, Jean Chrétien and Conrad Black. She sold her share of the company in 2004.

When they’re not writing books or fighting cases, the couple spend their time together in their North Toronto home where they’ve lived for the past 40 years.

How they met
Julian saw my photograph in a magazine. It was a feature about a McClelland & Stewart book launch. Pierre Berton, we think. Julian called and asked for a date. After a lot of rejections, we agreed to meet for dinner.

The first date
Our first date took place at a French restaurant on Yorkville Avenue in mid 1971. Julian ordered the wine and food in advance, something he had never done before or since. The wine — a Montrachet — was in an ice bucket. After an awkward (and icy) hour or so, Julian knocked over the ice bucket, the ice spilt, and we started to laugh.

“After a lot of rejections, we agreed to meet for dinner.”

Memories and milestones
Our travel adventures have included going to Paris, then down the Gorge du Tarne. We’ve visited a number of ancient towns, nifty hotels, old market places. I met Julian’s two daughters for the first time. We visited Conklin Shows (Julian was their lawyer) and tried a variety of hair-raising rides.

The proposal
Julian offered me his mother’s sapphire ring. It fit.

The wedding
We were married at Rosedale United Church on Jan. 8.

The honeymoon
We went to Barbados for a week.

The kids
We have two kids, Catherine and Julia. Catherine is a columnist with the Toronto Star, and Julia is a regional director of North American programs for Right to Play.

Their lives now
Julian practises law and writes about art. I write books and articles for magazines and newspapers. My most recent book is Buying a Better World: George Soros and Billionaire Philanthropy. Julian’s recent book is 149 Paintings You Really Need to See in Europe (So You Can Ignore the Others).

Shared interests
We love our children and grandchildren, art, travel, friends, conversation, tennis, cottage, books and hanging out together.