How They Met: As the two Holmeses team up for a new show we find out how Mike Jr. met his fiancée | TRNTO.com
Skip to content 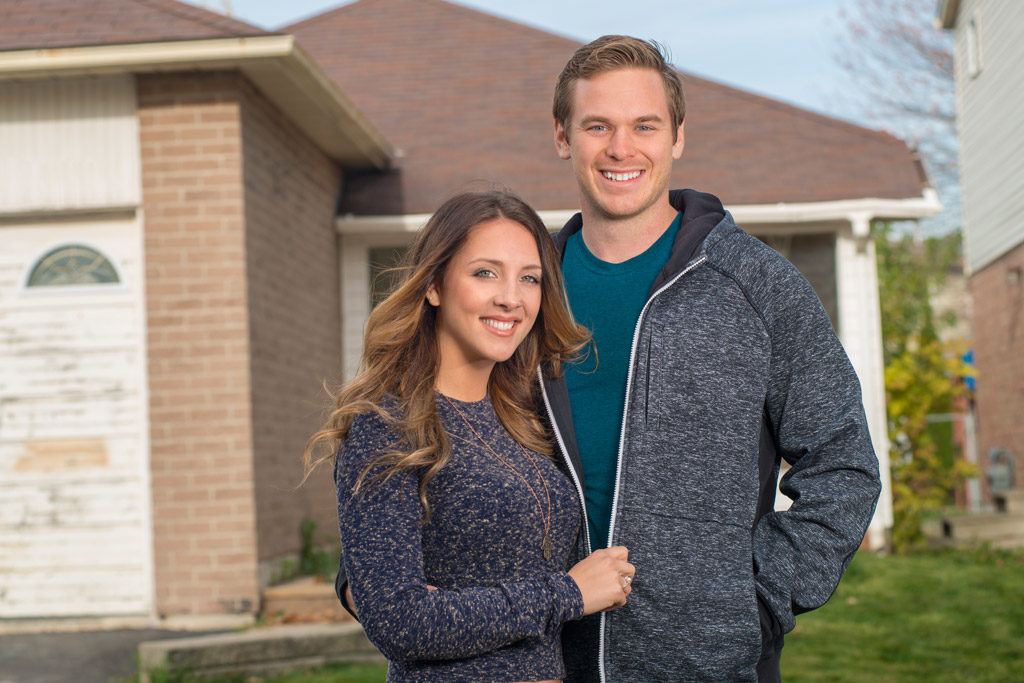 There’s a new Holmes on the home renovation scene in Toronto, and that’s Mike Holmes’ son, Mike Holmes Jr. The pair of Holmeses are teaming up on a new show, Holmes + Holmes, for which the senior is helping the junior — and his fiancée, Lisa Grant — transform his bachelor pad into a family home. This is how Mike Jr. and Lisa met.

How they met
Lisa: In 2006, I was working as a server at a golf course where Michael played in a charity golf tournament with his dad and Frank, the electrician from the TV show. Before dinner started, I saw Michael walk through the restaurant and — after picking my jaw up off the floor — I made a point of being extra good at my job and made sure that his cup was always full. He got my number by the end of the night.

Early beginnings
Lisa: The first time we dated was in 2006, and we were together for only a few short months. I had booked a one-way ticket to Europe for a backpacking trip before I had met Michael, but that didn’t stop us from spending as much time together before I left as we could. We ended our three-month high school relationship on good terms before I left. And keep in mind, this was before Facebook, Skype and even Wi-Fi, so communication was different back then. When I came home, Michael was seeing someone else, and for seven years we kept in touch, but the timing was never quite right. It wasn’t until October 2013 that we were both single and the stars seemed to align and we have been together ever since.

The second time around
Mike Jr.: When we started dating the second time around in 2013, I asked Lisa out for coffee, which evolved into dinner and led to drinks. As soon as I saw her, I knew I was in trouble. The girl hadn’t changed a bit and those feelings I had felt seven years prior came back in full force. This girl is spectacular, one of a kind. Lisa was living at Yonge and Eglinton, and on the walk to dinner, she pointed to a scarf she liked in a shop window. We made plans to hang out a few days later, and before I went to her apartment, I went to the shop and bought the scarf she liked so much. Before leaving her apartment, I put it in a hiding spot, and after I left, I gave her clues to find the present.

Lisa: It was the nicest gesture anyone had ever done for me on a second date, and that is what life with Michael has been like ever since — full of surprises, romance and love. He is the most generous guy and has a big heart!

Shared hobbies
Lisa: We love being outdoors and going on adventures together like hiking, water-skiing, swimming, working out and travelling. We cook most meals together, but one of our favourite things to do is to cuddle up in bed together with a good book in hand before falling asleep every night.

Life after retirement
Lisa: Our life in the future looks filled with family and friends — kids, grandchildren and travel. Our dream is to live in another part of the world for a few months each year and to be creative with our hands, growing our own herbs and vegetables or building small projects for the house.