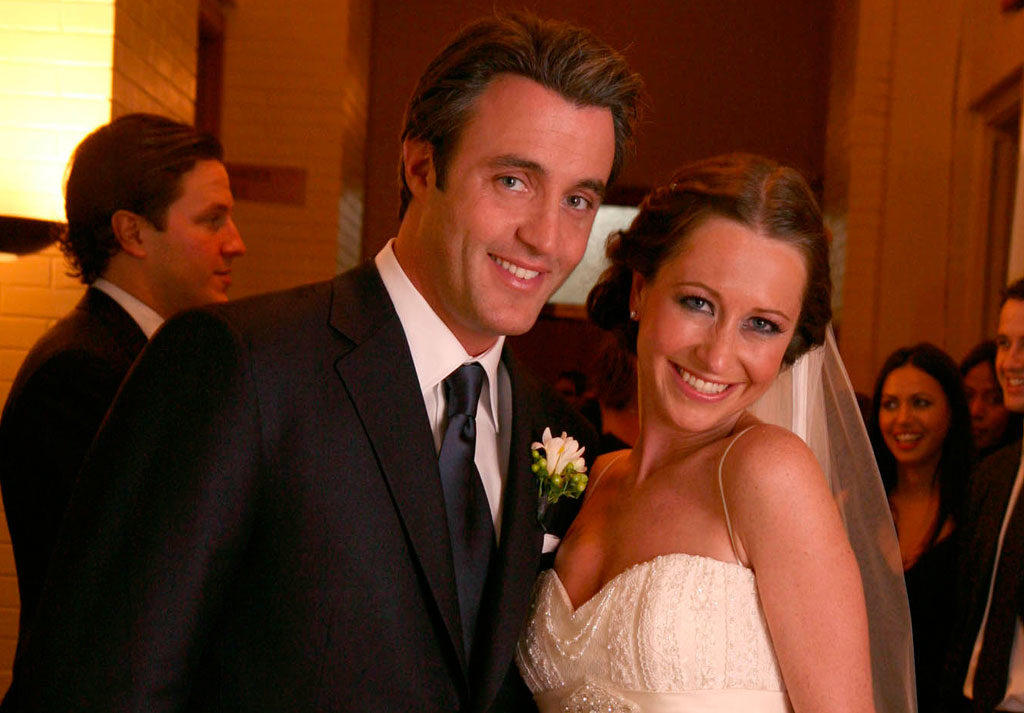 A proposal in a diner coupled with a bacon cheeseburger marked the beginning of married life for Ben and Jessica Mulroney. Now, Ben is the anchor of etalk and co-host of Your Morning while Jessica is a fashion contributor on Cityline and Good Morning America and host of the new CTV and Netflix show I Do, Redo. The couple has twin boys, Brian Gerald Alexander and John Benedict Dimitri, and a daughter, Isabel Veronica (Ivy). Here, Ben tells us all about their love story.

We met when I was about 17 and Jess was three years younger than me. My family had just moved back to Montreal, and while I was living outside of Canada at the time, I came home often to visit. My brother was at an all-boys school, and Jess went to the sister school, so I often saw Jess when I would hang out with my brother. At the time, I had never seen a more beautiful girl, and over time, that belief has crystallized into an absolute fact.

Our first date was many years ago. I had some time off during the Canadian Idol cross-country talent search and was going to be in Montreal for a couple of weeks. I thought, “I will never have a better chance to spend time with Jessica,” so I sent her a text. We went for sushi and karaoke (although I was the only one who sang that night). I knew about halfway through the date that we would eventually get married.

Jess lived in Montreal, and I was in Toronto. Were it not for Air Canada and a massive amount of air miles I had accumulated, we would have hardly ever seen each other. There were a lot of quick trips in and out of Montreal while Jess would come visit me here.

I got down on one knee at Chez Nick’s Diner in Montreal. It’s a place very special to both Jess and myself. Our parents have been going there since they were kids, and they used to take us as well. When I would visit Jessica, while we were dating, we’d always stop in so that I could have a bacon cheeseburger, fries and gravy and a black cherry cola (the only thing I have ever eaten at Nick’s). I mentioned how I hoped that, when we had kids, they would have a chance to make memories at Nick’s, too. At which point, I got on one knee, whipped out a ring and popped the question.

We were married in St. Patrick’s Basilica in Montreal and honeymooned in Cabo San Lucas, Mexico.

Growing our family is a great point of pride. Watching our boys and Ivy grow into incredible little people gives us more joy than I can describe. Another point of pride is how Jess and I have been able to find so many ways over the years to work together: whether it’s through etalk or on charity events, our careers often intersect.

I think making time for each other and remembering that, just because you have kids, it doesn’t mean you can’t have “couple time.”

Every couple is different, so advice is tricky, but I’d say putting down your cellphones and having a true and real conversation with the person you love never hurts.

Catch Jessica Mulroney in the premiere of I Do, Redo on CTV and Netflix on Sunday, March 22 at 7 p.m.