How They Met: From one wedding party to another - TRNTO.com
Skip to content 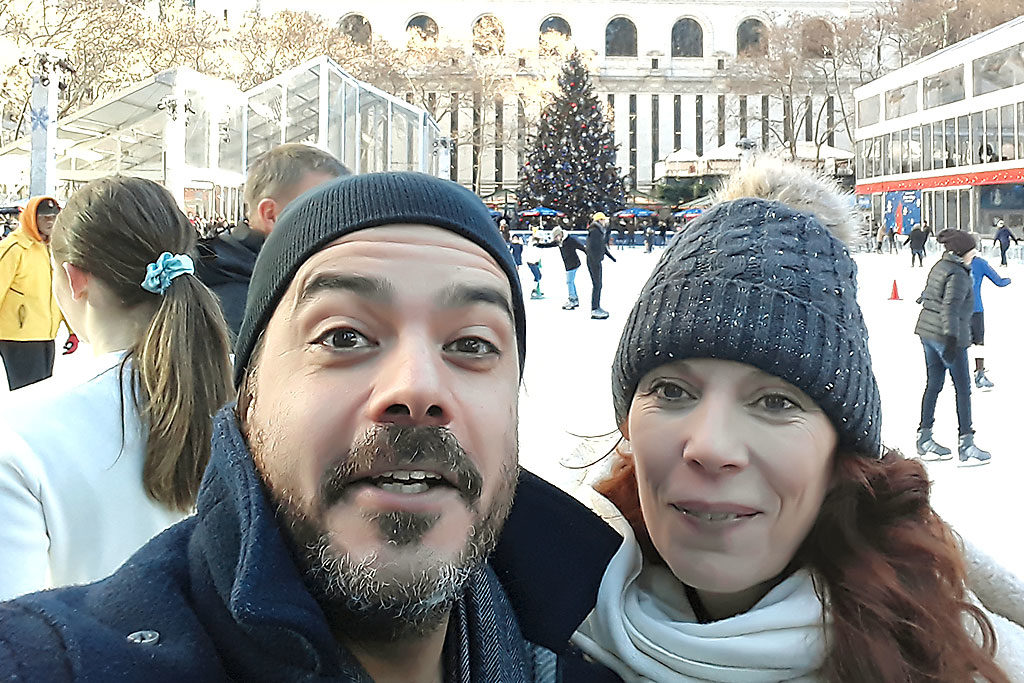 Crow’s Theatre is bringing back one of its most popular plays from 2017, The Wedding Party, from Jan. 2 to 20. So we decided to chat with one of the show’s stars, Jason Cadieux, about his own wedding party — the one he had back in 2004 when he married his wife Stephanie.

How they met
Stephanie and I were paired up in an acting class. It was a scene from Danny and the Deep Blue Sea by John Patrick Shanley.

The first date
Pool, upstairs at the Rivoli. I remember winning every game, but so does Stephanie.

The courtship
Laughter, tons of laughter. Also we had so much fun working together. We admired each other’s work and work ethic, and that was an integral part of the courtship — writing and producing plays and learning how to tell stories together.

The proposal
We once did a show up at the short-lived Sudbury Fringe Festival, so I planned a proposal there. I rented a room at this little coffee roastery / bed and breakfast. I made a scrapbook complete with images of our relationship to date (we had been dating for six years by then). There was a page that had no picture, just a caption that read, “Today is the day I asked you and you said.…” I got down on one knee, and she said yes. Then we partied the night away … in Sudbury.

The wedding
We were married on Oct. 24, 2004, at a friend’s barn in Jordan Station near Niagara. We spent a good two weeks cleaning it out. We had approximately 70 guests, and it was a potluck wedding, so our friends and family all chipped in to make the day special. We had friends who owned a restaurant, so they supplied plates and silverware. Another musician friend provided the sound system. Then there was the food: all our friends contributed great dishes. It was an amazing meal.

The honeymoon
Well, we had one night at a hotel in Niagara Falls. I threw my back out at some point (stress I think), so Stephanie had to help me out of my suit.

Their lives now
We live in New York now. We’re both still acting and writing. Stephanie teaches acting at the Neighbourhood Playhouse, and I find myself travelling for work a lot these days, so we spend more time apart than we’d like.

We toured a show we created to London, England, that got great reviews and sold out our closing night performance.

Stephanie has two daughters. They were eight and nine years old when we met. Helping to raise them and meeting all the challenges that come with a blended family has been the biggest accomplishment.

Now they have kids of their own (each a daughter), so we’re grandparents, and that’s amazing.

Shared goals
We both want to keep working in this business as long as we can — acting is a tough way to make a living, but we love it and do our best to help each other pursue a career. We both love to write and produce new work, so staying productive and challenging ourselves as writers is ongoing.

Life after retirement
We are renovating our little house in Fonthill, Ont. Our ongoing goal is to make it a nice place to retire one day. The dream is to be in our garden, with our granddaughters, and some wine.