How They Met: Global TV’s Carolyn Mackenzie and her knight in shining flame-retardant armour - TRNTO.com
Skip to content 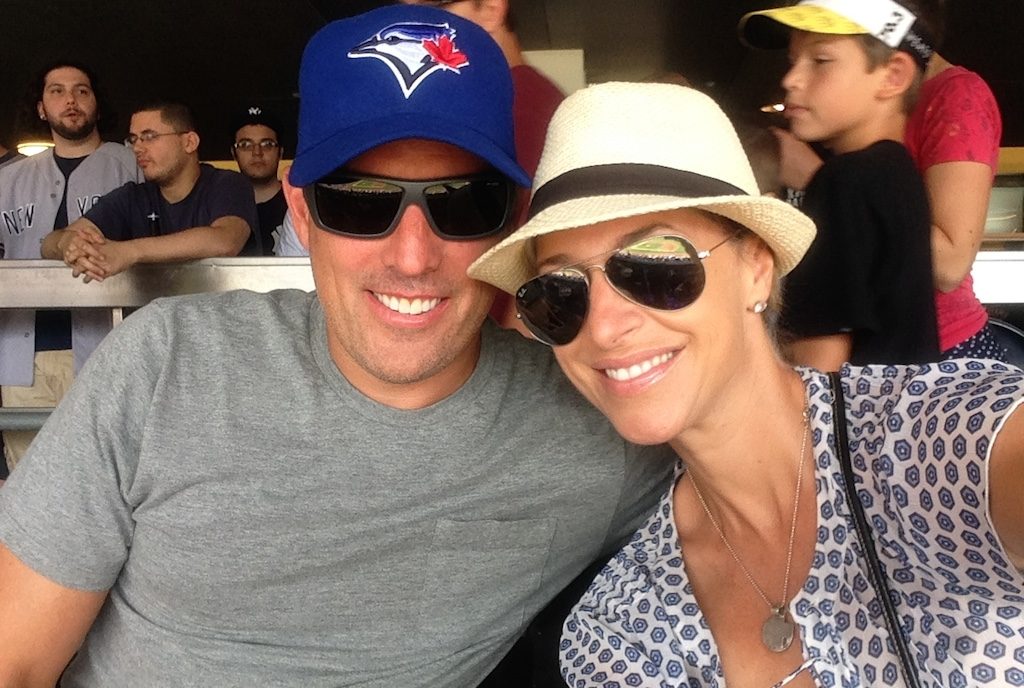 Like that scene from a typical romantic comedy, Carolyn Mackenzie, from Global’s The Morning Show, locked eyes with Chris Stark, the firefighter who responded to her emergency. Three months later, fate brought them together again on a blind date.

Carolyn Mackenzie: “I fainted at my gym, and his crew was the first to respond. We caught each other’s eye (even though my eyes were nearly swollen shut after falling on my face), but nothing happened, apart from my vitals being checked. I was loaded onto an ambulance and Chris returned to his fire hall.”

CM: “We were set up on a blind date. Mutual friends thought we would be a good match. Little did they know that three months prior I had been Chris’s medical call! We eventually put the pieces together that we had already met, albeit briefly and under much different circumstances. When I started talking about the scar tissue in my cheek, he asked me what happened, and I proceeded to tell him about passing out at my gym. That’s when he took a step back and realized that I was that girl!”

CM: “Three weeks after being set up on our blind date, we were out for dinner, and there was a moment that we both can vividly recall … a moment where neither of us said a word, but we both knew we were officially ‘off the market’ for good. A year later, I accepted a videographer position in Nova Scotia, and we had to endure a long distance relationship for a year.  However, it just made our relationship stronger, and we have some awesome memories from that time when Chris would bank all his vacation time so he could visit me in Cape Breton for long periods of time.”

CM: “I came home from working a night shift as a reporter at the New VR in Barrie, and Chris surprised me with a puppy. I had never had a dog before, so I was elated. He then told me to take off the dog’s collar. In doing so, something fell to the floor. It was a diamond ring. I was engaged to a dog!”

CM: “We were married at my mom’s church in Oakville, and our reception was at the Oakville Club. The next day we boarded a plane for Hawaii where we discovered just how beautiful snorkelling can be.”

CM: “We have two kids, Kate and Matthew.”

CM: “For years I worked nights, when the kids were babies, but I’ve switched to The Morning Show so I can be a home with the kids after school. My mom helps us immensely, and my husband’s shift work with the fire department allows him to take care of the kids quite a bit. When it comes to our marriage, we always take time just for ourselves, without the kids. Ever since we had our first, we promised ourselves to get away for a couple of nights every six months so that we can catch up and remind ourselves why we got together in the first place!”

Plans for the future

This article was originally published on January 19th, 2016.