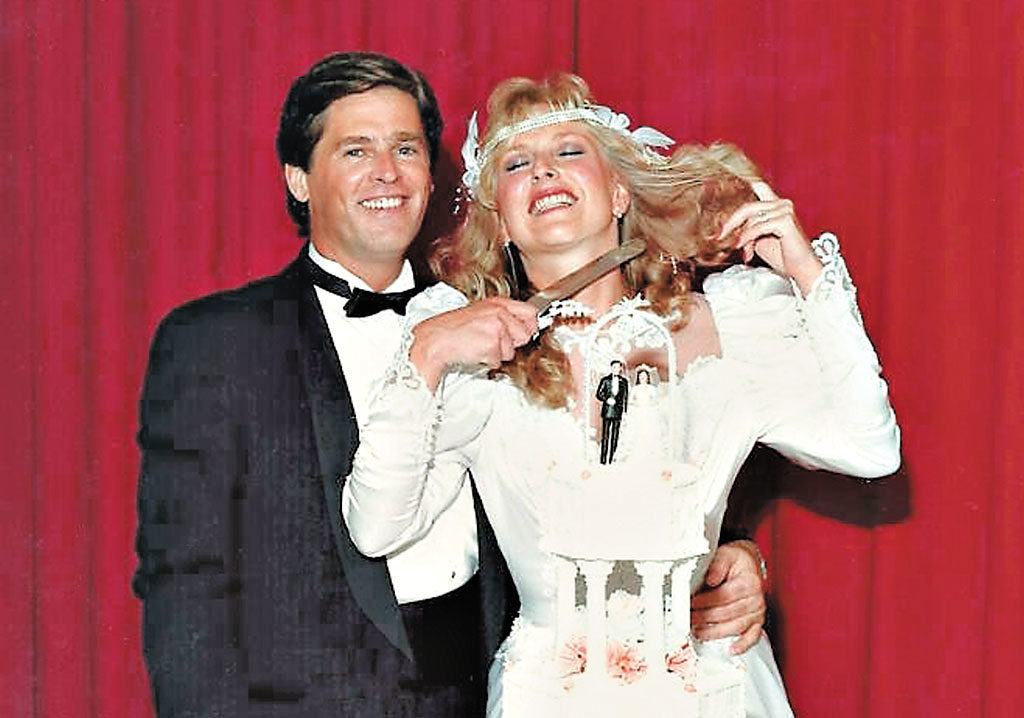 Veteran CityNews anchor and Herbie Fund Ambassador Gord Martineau tells his story of love, marriage and life outside the box with his wife Sharon.

How they met
In 1984, I was introduced to Sharon, then a student at Carleton University (and now a freelance writer for a tennis magazine), through friends who thought we’d make a good couple. Let’s just say our first meeting was less than stellar. We had a huge argument over who wrote the book Electric Kool-Aid Acid Test (this was long before smartphones). I said Kurt Vonnegut was the author; she said it was Jack Kerouac. Turns out it was Tom Wolfe who wrote the book and we were both wrong! This set the stage for every argument we’ve subsequently had — we always both end up being wrong. I left our date thinking she was a know-it-all. She just thought I was a jerk, but we both knew there was a spark that was eventually kindled through long-distance phone calls.

The wedding
We were married on Aug. 27, 1988, at Trinity United Church in Kirkland Lake, Ont., the same church at which Sharon’s parents, Ed and Gayle Havrot, were married 63 years ago. Our reception was held at the Moose Hall and was attended by our closest friends and tons of family members, many of whom were in the wedding party.

The honeymoon
We spent a week at my in-laws’ cottage retreat on Lake Sesekinika far from the bustle of Toronto, before we went to Maui for 10 glorious, sun-filled days.

Their kids
Twenty-six years later, we have two brilliant, talented and beautiful daughters, Julia, 24 (a McGill graduate), and Taylor, 21 (a Dalhousie student), who continue to give us grief and joy all at once!  Without a doubt, they are our greatest achievements.

Their home
For the past 18 years, we’ve lived in north Rosedale in a house we both absolutely love, which is also home to our dog and two cats. We love the community and the convenience of being so close to nature and yet so close to downtown.

Their lives now
We’re both huge tennis fans, having visited the U.S. Open, and every year we go to the Rogers Cup. We also play tennis together every time we’re in our Florida getaway (and I won’t report the scores!).

Secret for success
There really isn’t a secret to having a lasting marriage. We’re still deeply in love; we love to laugh at everything; and we share a rather dry, sarcastic and clever (we think) sense of humour. If we encounter adversity, we rally as a team — whether it be a leak in the basement, an electrical outlet not working or even something as mundane as the woes of downtown Toronto traffic. We’ve got each other’s backs. And while our arguments are just as wide-ranging and specifically obscure as ever (Who was the DOP on Roman Holiday? Did Kristen Bell really sing all the songs in Frozen?), our smartphones have made those discussions a whole lot shorter.