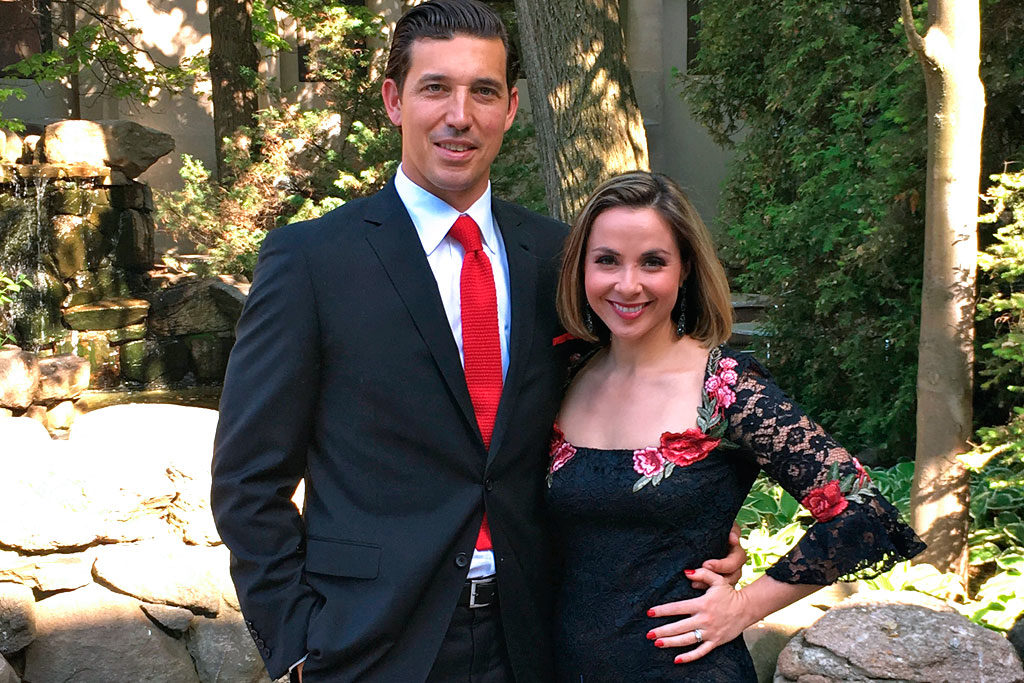 Andi Petrillo, who will be hosting Olympic Games Daytime, met her husband, former Toronto FC goalkeeper and current coach Jon Conway, while he was the keeper for the team.

How they met
I was the sideline reporter for the TFC. The first time I saw Jon was on one of our road trips. We were heading to Salt Lake City for a game, and we were on the tiniest charter you could imagine! I couldn’t stop laughing watching Jon, who is six-foot-five-inches by the way, try to get comfortable in this tiny plane. The next day we ran into each other in the hotel lobby, and I decided to introduce myself. He was very aloof, which I later learned was because he actually fancied me right away but didn’t want me to know. It would be months before we actually spoke to each other again.

The growing romance
Before Jon got traded to Chicago, he lived in a condo near the Air Canada Centre. I was at the ACC nightly because I worked every Leafs and Raptors home game. I would host a show on the concourse at gate five. The set is right by a massive window that looks out onto Maple Leafs Square. Jon knew when I would be working, and he would stop by the window on his way to the grocery store, bang on it to get my attention, wave and then be on his way. He did this practically every night. I couldn’t help but think, “How much does this guy eat that he needs to go grocery shopping every night?” Jon would later admit that he just walked by with his grocery bag to make me believe he was getting food when in fact he just wanted to see me. One night, I couldn’t hear him knocking, and he must have been standing there for quite some time, because my floor director said, “Andi, there’s a big scary guy banging on the window trying to get your attention. Should I call security?” There was Jon, in the dead of winter standing outside with his massive winter coat, hat, boots and gloves on, with a scarf wrapped around his face.

The proposal
Five months into our relationship we knew we wanted to marry each other. After his year in Chicago, Jon retired and moved to Toronto. It was March, St. Patrick’s Day weekend, and we were in Montreal. We took in a soccer match and a hockey game. Our kind of weekend! We were getting ready for dinner, and after I got dressed, I asked Jon if he liked what I was wearing. He said it was nice, but it was missing something. That’s when I saw his reflection behind me go down on one knee. I wish I could tell you what he said, but my heart was pounding so quickly I swear I went blind and deaf at the same time.

The wedding
We were married on Sept. 7, 2012, in Kleinberg, Ont. We got married at the beautiful Doctor’s House. We had our ceremony in the old chapel and danced the night away. The very next day we left for our honeymoon to Bali, Indonesia. 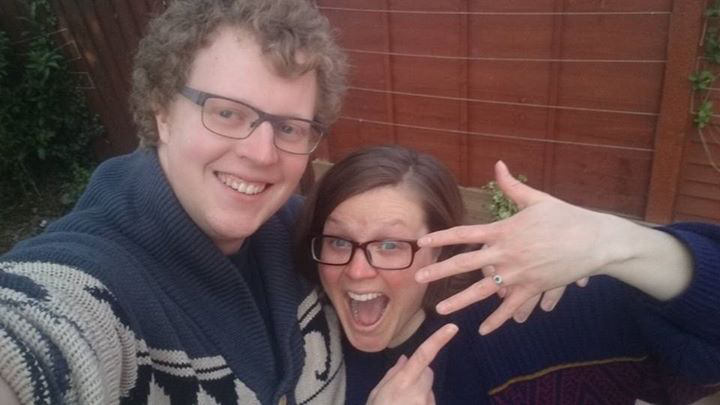 On Aug. 26, Kandice Seymour and Michael Johnson will say their vows at a family friend’s farmhouse in a town outside of Bradford, Ont. The wedding will mark the first time the Seymours and the Johnsons cross paths as Michael is from London, England, and much of their relationship has been trans-Atlantic. The pair met at a wedding in Ancaster, Ont., where Michael’s cousin was marrying Kandice’s friend. Their first date was the following day at the Horseshoe Tavern before Michael returned to the U.K. Two months later, Kandice was on a flight to visit him, and the rest is history.

To submit your wedding, email us at weddings@postcity.com.