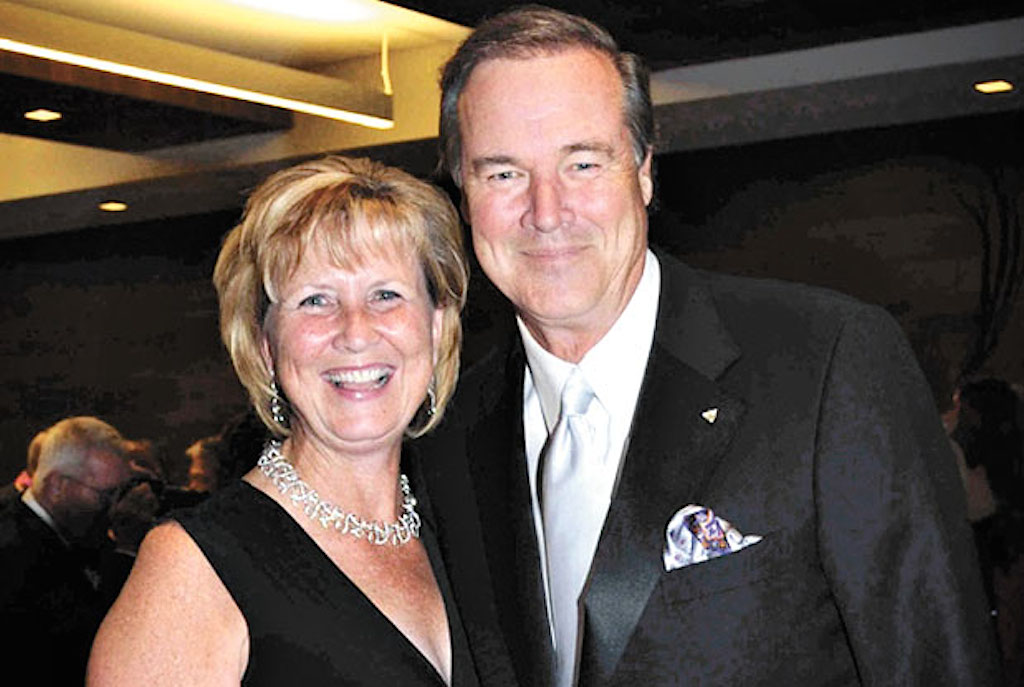 For years, they had seen each other at various events through their jobs. So when Ken Shaw finally gathered the moxie to ask his now-wife Nancy out on a date, it wasn’t your typical wine and dine affair. Their first outing together was at a charity ball. Lucky for Ken, his charms worked that night, because Nancy’s been smitten ever since. And when they’re not getting their kids together by the busload or golfing at different spots in Ontario, this couple just wants to enjoy their lives. Here, Ken tells all:

Nancy was Jim Flaherty’s executive assistant in his provincial days. She was with the minister at a charity event I was asked to host. We met several times over the years at different events.

First date was at a charity ball … of course. I was doing so many of them at the time. It was difficult to find free personal time for dinner and a movie.

We were only dating for a year when we decided to get married. We both love to travel, so the courtship involved trips to Nassau and across Canada.

We decided to elope. We had both been married before and didn’t need a wedding ceremony for anyone but ourselves. (Besides, we already had enough toasters.) It was a bittersweet day. We had a family funeral to attend earlier. We left there and went to a small country church with just a brother and sister-in-law present. Then it was off to Europe. After spending time in Paris, we stayed with friends in Nice and travelled on to Rome.

We have hectic schedules. Nancy has left the world of politics. She was the executive officer of the Durham Region Association of Realtors and is now the CEO of the Greater Oshawa Chamber of Commerce. As a news anchor with CTV News, I have a full plate of community events, so we very much enjoy our time together at home with family and friends. We both love to golf and have travelled with our clubs across Ontario, to Scotland, P.E.I., Arizona and Florida.

I had three children from another marriage. Nancy had four. So together, we have seven children and now some grandchildren too. We have used a bus before to transport the entire group to family events!

Our prime goal is to enjoy our lives. Nothing is more important to us than each other. There is nothing worth fighting about. Nothing we would ever do that might upset the other. We share our belief in giving to others and investing in our community as well as our family. And strange as it may seem, sometimes the high points of relationships can actually be low points in someone’s life.

Their secret for success

Life as a couple is very easy for us. When you get married later in life, you know more about yourself as well as what you want from a relationship. It also helps that we are best friends.

Ken Shaw announced his retirement from the CTV News anchor desk and his final newscast will be Jan. 6.