How to ease David Chang’s transition to Toronto | TRNTO.com
Skip to content 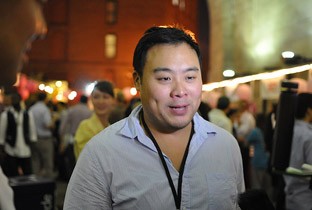 Remember when everyone was going crazy at the prospect of David Chang opening a restaurant in Toronto? Surely, the one thought lurking in the back of everyone’s mind was: “How can I eat my pork bun without pissing off David Chang?” After all, not making the kitchen staff mad should be the top priority for any restaurant-goer. Well, Chang has made it a lot easier for everyone by providing a “top five most annoying things customers do” list to Details magazine. The full list is below.

1. Bloggers who don’t know shit. The top one is to say you’re a blogger, right off the bat. That always gets a good laugh from the chefs.

We recommend hanging on to this list until 2012 to make sure Chang’s transition to Toronto goes as smoothly as possible. Though something tells us we won’t be seeing that much of him anyway.