How Toronto graduates are commemorating an unforgettable year
Skip to content 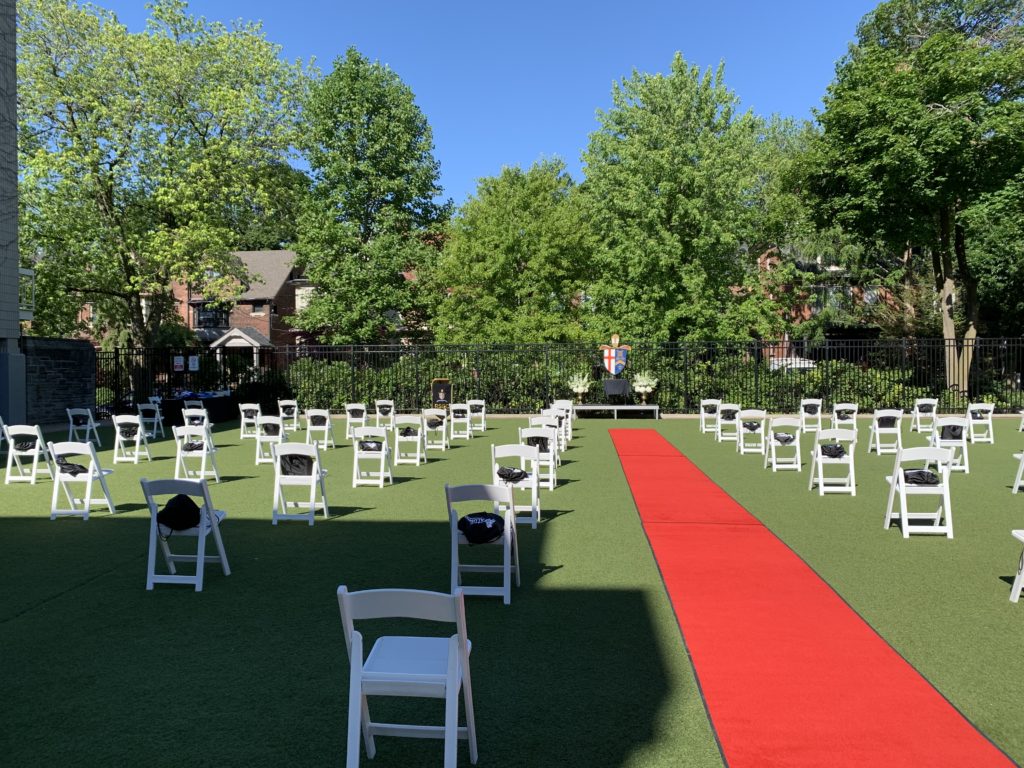 Cue Alice Cooper because school’s out for summer. Maybe that’s an outdated reference for the high school graduates of 2021, but unfortunately maybe so are large, indoor graduations. Although just a few weeks ago Premier Doug Ford encouraged schools in Ontario to hold in-person graduations, the Toronto District School Board and the Toronto Catholic District School Board both announced they would stick to virtual ceremonies. Other schools, however, are finding ways to get creative in their celebrations. 2021 Toronto graduates may not be celebrating the usual way, but that won’t stop them from going out with a bang.

To mark the grand occasion, Toronto Prep School is going all out with drive-in commencement ceremonies at Toronto’s waterfront City View Drive-in on June 29. Not only will the private school be celebrating their 2021 elementary and high school graduates at the presentation but, in the morning, they will host a commencement for all 2020 graduates who were unable to get their deserved moment of fame due to last year’s COVID-19 restrictions. The city skylines will provide a breathtaking backdrop to commemorate the magical moment as students see their names light up the big screen. For the full star-studded treatment, the school is also providing hot meals for guests delivered straight to each car.

Following suit, Royal St. George’s College, a leading Toronto all-boys school, will also be hosting a graduation ceremony at City View Drive-In on July 7. The plans were put in place after feedback showed that the graduating class had a strong desire to be together in some capacity and retain as much of the tradition as possible. The venue will allow for 200 cars of graduates, families and guests to attend. Alongside the full ceremony, Royal St. George already hosted an intimate celebration on campus with just the graduating class.

City View isn’t the only drive-in venue providing a stage for students to celebrate from the safety of their own vehicles. The new Markham Fairgrounds welcomed Stouffville Secondary School’s graduating class last week with an unforgettable night. Vehicles were decorated with balloons, streamers and banners to support the celebrated graduates.

For many, a high school graduation is a milestone that marks the massive jump from being a teenager to being a young adult. That’s why the main priority for Toronto schools was to get the students to not only celebrate safely but to allow them to celebrate their achievement with the classmates who were by their side for the last four years.

For this reason, Havergal College hosted a small graduation featuring all 125 grads at an in-person full ceremony on school grounds. The girls were divided by houses for extra distancing and no guests were allowed at the event. Family members and friends were able to be present by watching the ceremony virtually. The girls were able to interact together for the first time in months, dressed in their angelic caps and gowns, and, of course, green masks to match their sashes.

Many other schools across the city have similarly mastered this hybrid approach to celebrating the milestone with a combination of in-person and virtual celebrations. Several have opted for a drive-by/clap out style of celebration, allowing students to pick up their diplomas, photos and gifts. Like everything over the past year, these graduations are sure to go unforgotten.