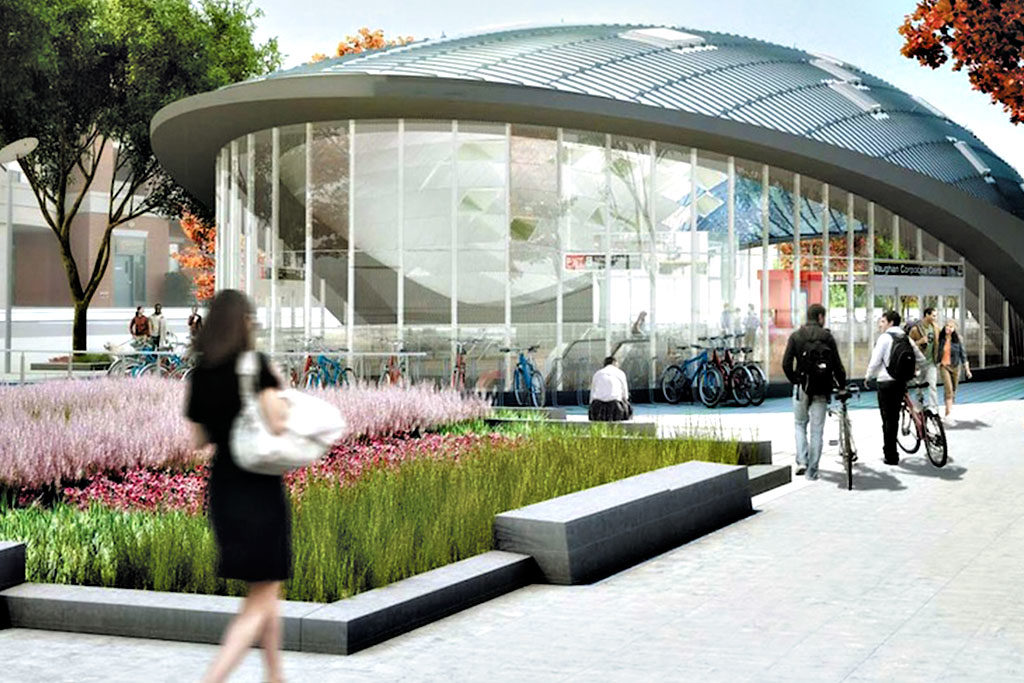 What a long, strange trip it has been – but now you can actually take a trip on the subway in Vaughan.

The Toronto-York Spadina Subway Extension actually opened its chiming doors and started rolling down the tracks toward Union Station on Dec. 17.

And all it has taken is just over a decade since the environmental assessment process began!

That’s right, when planning for the extension began, you were probably just getting into this whole Facebook thing, and Twitter hadn’t been invented yet.

Once funding from Ottawa was confirmed in 2007, work began in earnest and the fun began.

Soon we were at the highlight of any underground construction project — naming the tunnel boring machines (Holey and Moley and Torkie and Yorkie, of course) — and by 2013, we’d managed to name all the stations, trading Steeles West for Pioneer Village and Vaughan Corporate Centre for Vaughan Metropolitan Centre.

Then there were delays, and we blew past the planned 2015 opening date. And, wouldn’t you know it, the project was a few hundred million over budget. Then there was a tragic construction accident at York University. Then the open pit at that station flooded, and then it was drained. Then Toronto and York Region agreed to pony up another few bucks to get the darned thing finished already.

But in the past few months the narrative has shifted to happy stories, like the open houses showing off the impressive design on the stations while the testing of the actual systems went on in the tunnels below.

Now you can actually hop on a train by the ol’ Walmart, ride it straight downtown and forget the decade plus of debate and delays and budget woes and political foofaraw.

Soon, the subway will just be part of our fabric.

And it’s amazing how that fabric has changed since shovels first went in the ground.

It’s way too early to talk about how successful a development VMC could be, but KPMG’s tower is a handsome addition to the nascent downtown, as are the Expo Towers on the east side of Jane Street.

More towers are already on the way, including 50-storey behemoths that will make Canada’s Wonderland’s Behemoth a bit less of a prominent skyline feature in Vaughan (and they’ll house a Buca restaurant, so yum).

An ugly intersection is being revived with bike and bus lanes and soon a park at Edgeley Pond, now largely hidden from view by the trucks and industrial plazas that have so far typified the area.

We should never think that “build it and they will come” is a viable plan for expanding transit into the sticks. But when it comes to showing that coordinating new growth and transit can work, we’re at least off to a decent start.

Soon enough the subway will be a fact of life in Vaughan and for the many York University students who slog to campus on crowded buses.

They’ve been promised this train since at least the 1980s, and now it’s finally a reality.

But we can’t rest on any laurels.

The Yonge subway extension and Downtown Relief Line in Toronto are projects that are even more crucial to the growth and continued health of the region (especially for those of us in Thornhill and Richmond Hill who use the Yonge line more than its western twin).

We shouldn’t be overly proud we’ve built a paltry 6.4 kilometres of subway in the past 20 years.

This is a test for 905 residents, to show we’re ready to adapt to the growth we’re facing and to maximize the infrastructure we’ve been given

It can be a fine line – being jealous of the bazillion kilometres of subway they seem to lay down every year in Spain or China, and fairly assessing where we’ve fallen behind on our own terms.

For all sorts of reasons, we’re never going to be doing what they’re doing in China, for example, but we’re emerging from a 20-year-plus cloud of inaction and have a lot of catching up to do before we can see, out there on the horizon, a return to the days when people from around the world come to see the wonder of our transit system.

We can get there again, and a good start will be showing those people who think we just built a subway to “nowhere” that we can build an amazing “somewhere” around it.