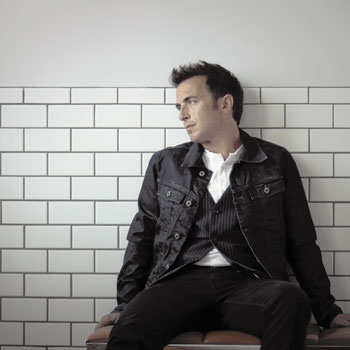 This was to be a kinder, gentler Colin James. The soft side, so to speak. But put James in the same room with Tom Wilson, and soft loses all meaning. Instead, James’s latest is a return to the blues-fuelled rock ’n’ roll that has made the Prairie-born rocker a household name across the country.

“It is really about what you sit down and do now,” says James, who has been listening to more soul music of late and looked to be headed in the general direction of a Ray LaMontagne style. Not so much. Rooftops and Satellites, his 12th studio album since his 1988 debut, is a rocker and a great one at that.

James and Wilson, of Junkhouse and Blackie and the Rodeo Kings co-wrote eight songs for the record, in addition to a number of intriguing covers such as the Bob Dylan rarity “If You’ve Gotta Go, Go Now,” as well as “Johnny Coolman,” written by Toots and the Maytals. The inclusion of a reggae classic seems an odd choice until you consider the years he spent in a reggae band back in Regina.

“I’ve always loved Toots. He has an odd voice, comparatively, and I always had records of his as a kid around the house,” James explains.

This was before James and his band the Hoodoo Men opened for Stevie Ray Vaughan, launching his career into the stratosphere.

But jumping from genre to genre has become standard practice for James. Over his 20-year career, he has dabbled in jazz, blues, rock, big band and swing (ahead of the curve) as well as one-off deviations, including an album with James on the steel guitar. According to James, he also played the mandolin on two albums for Celtic legends The Chieftains, though he says he’s lost his touch, to some degree.

“The dabbling, it always seems a little bigger from the outside than they do to me,” he explains. “But it has helped me weather some of the storms of trend.”

The many styles of Colin James check into Massey Hall on Jan. 26 (www.masseyhall.com).