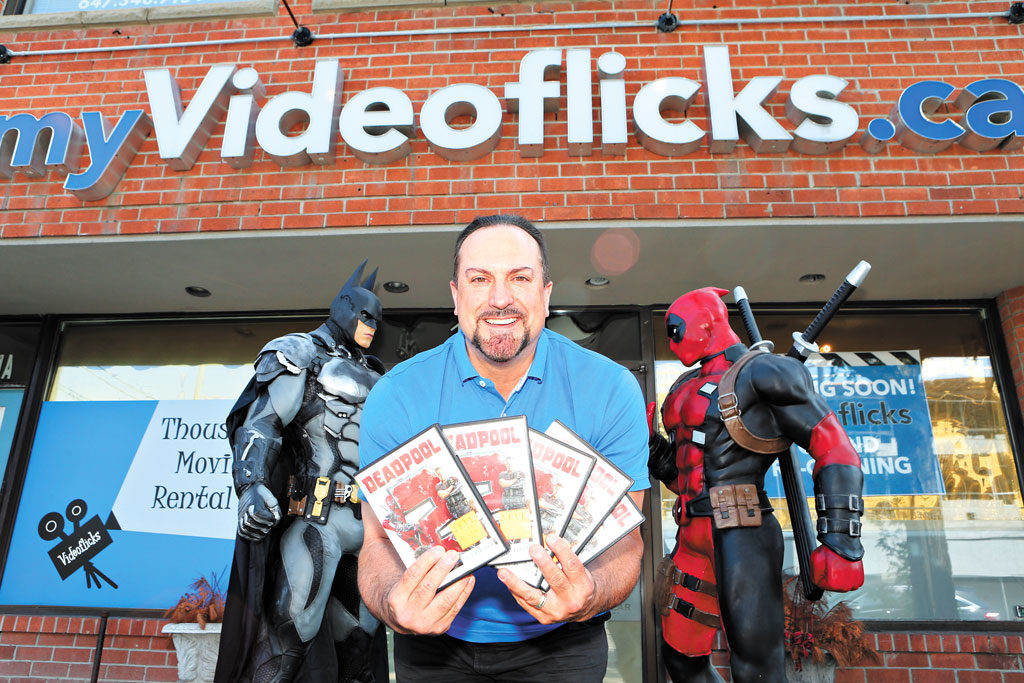 One of the last stalwarts of the video rental era in midtown, Videoflicks won hearts across the city with DVDs, a popcorn machine and a charming and knowledgeable staff. Since the store  closed on Dec. 31 of last year, the shop at Avenue Road and Fairlawn Avenue has been left vacant –– until recently, when a new sign was posted on the glass, announcing a grand reopening.

The opening is set for early September, and the shop will be under new ownership.

“We just handed over the business to them,” says Joe Carlino, one of the co-owners of Videoflicks, who founded the store in 1981 with his partner Steve Cohen. “We just said, ‘Here, take it if you want, do what you’d like with it. Our tenure is over.’ ”

In the age of Netflix, taking over a video rental shop might not seem like the most viable business plan to outsiders, but Billy Bougadis, a film-collecting fanatic and the new Videoflicks owner, was willing to take that risk.

“If it doesn’t work out, [at least] we tried, and I was the silliest person in Ontario,” says Bougadis.

Beyond competing for the title of Silliest Person in Ontario, there was another reason it made sense for Bougadis to take over Videoflicks: business at Videoflicks was still flourishing.

“We still did terrific business,” says Carlino. “It’s funny: we found ourselves so very busy. But knowing that, going forward, things were going to change, we thought, why not go out while we were on a high.”

Bruce Ashmore, who has been with Videoflicks since 2010 and will continue to manage the new store, attests to their success.

“As [the industry] continued to decline over the last few years, they benefited from Blockbuster and Rogers closing,” says Ashmore.

The industry as a whole is still in decline, though, even if individual stores found ways to keep afloat. Bougadis and Ashmore have plans to diversify the retail products and services, including selling vinyl records and electronics, as well as a buy-sell-trade option.

“The medium is still a good one,” says Carlino. “DVDs are still small and easy, and collectors can find a tremendous amount of stuff as people break apart their collections. And in that sense, I think it’s very viable.”

He compares DVDs to vinyl records, which saw a resurgence in popularity over the last decade as collector’s items.

“DVDs kind of fall into that world also,” says Carlino. “So there is life after streaming, I believe, but it may not be in modern, new release rental.”

And it’s hard to know more about collecting than Bougadis, who stocked the shelves with his own collection, worth around $150,000.

“I see the community, I see the interest, and I saw the broken hearts,” says Bougadis. “I’m trying to give something back the best way I know how, and that’s to offer my collection and passion, so that we can get this thing rolling again.”