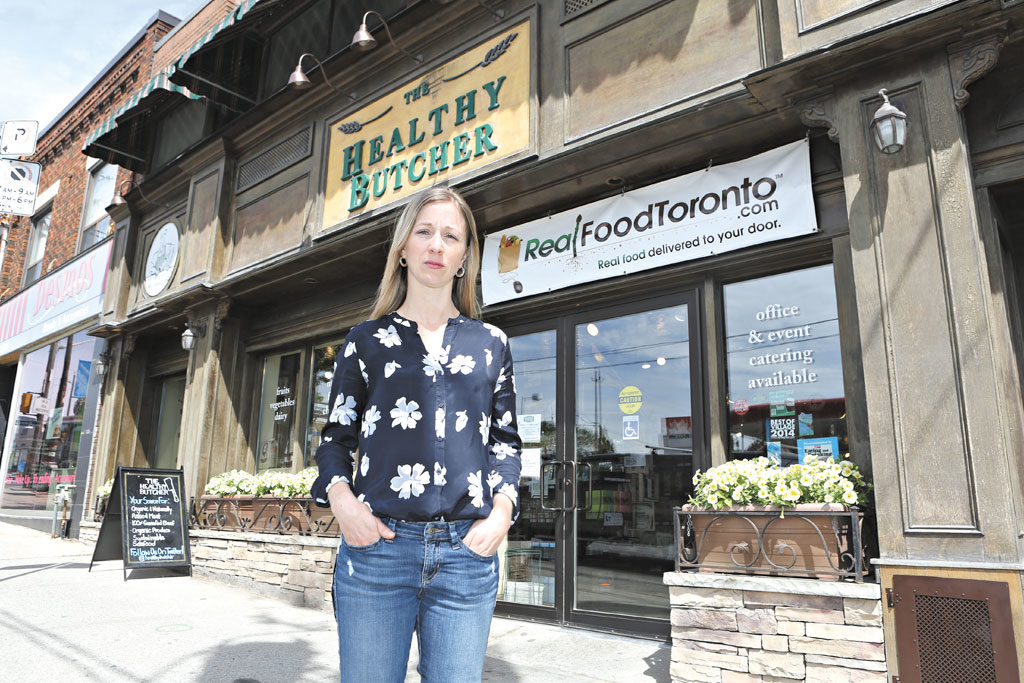 UPDATE: Some of the concerns expressed by the businesses on Eglinton have been resolved by creating a new plan for the construction of Avenue Station. We have more details here.

The proposed plan for the construction of the Eglinton Crosstown light rail transit’s Avenue Road station was scheduled to go to the City of Toronto’s public works and infrastructure committee June 20 and, if approved, will head to Toronto City Council.

In early May, Metrolinx unveiled the plan, which calls for big changes on Eglinton Avenue West from Braemar Avenue to Oriole Parkway. The laneway on the north side of Eglinton will be closed long-term to make room for equipment. Concrete barriers and fencing that extend eight feet high will be erected in front of local shops. On-street parking will be eliminated, and sidewalks in front of both station entrances will be closed.

Local merchants fear the  construction setup will dramatically reduce foot traffic in the area until the station’s completion in 2019.

Tara Longo and her two partners, Dave Meli and Mario Fiorucci, have owned and operated the Healthy Butcher on the northeast corner of Avenue and Eglinton for the past eight years.

“You put a lot of blood, sweat and tears into building a business,” said Longo, who cried when she heard the news. “You don’t make a big margin on groceries, so we need the volume.”

Barry Silver, who owns Yitz’s Deli across the street, argued the current plan has made no concessions for where deliveries will come in and out, garbage pickup or snow removal — all of which he said will disrupt the store’s day-to-day operations.

“We’re all calling our councillors every day saying, ‘Please don’t pass this because you’re literally putting the nail in our coffin,’ ” said Longo.

Debate has also ensued around the usage of the laneway behind the shops. Metrolinx proposed it be used for deliveries, whereas the local business improvement area (BIA) suggested contractors use it for equipment and transportation of dirt excavated from the site instead.

According to Maureen Sirois, chair of the Eglinton Way BIA, Metrolinx was not forthcoming about the size of the construction footprint or duration of the project before the unveiling in May.

However Metrolinx spokesperson Jamie Robinson insisted that the construction plan was only recently determined as the least intrusive option, and the BIA was informed of its impact soon after.

“We’re working as best as we can to address the concerns people have raised,” said Robinson. “The reality is that it’s not going to satisfy everybody.”