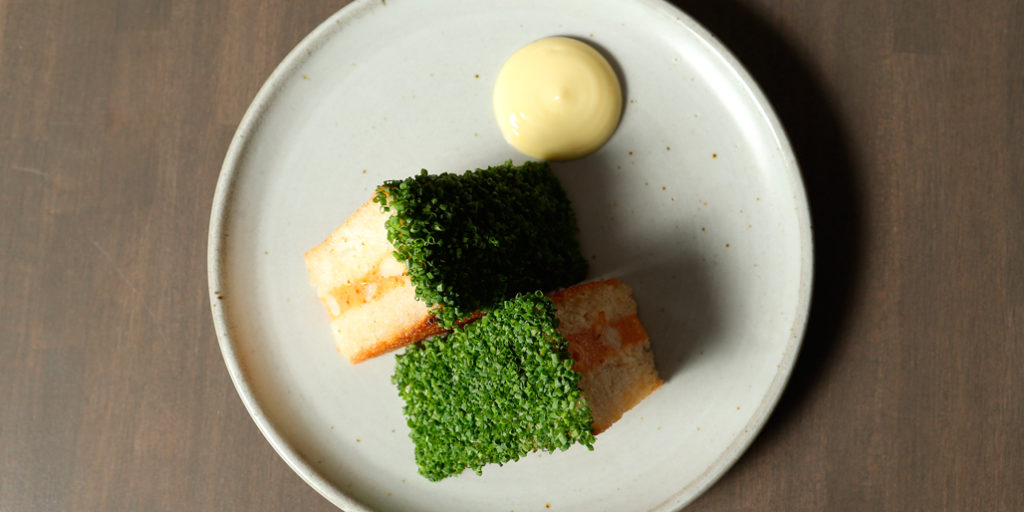 For restaurant owners across the country, the last year has been difficult. For Il Covo’s Ryan Campbell alongside Sara Steep and Giuseppe Marchesini, it also presented an opportunity.

Campbell and company set to work pivoting and opening new food businesses to cater to the comfort-food craving crowd that was clamouring for new culinary experiences. His latest offering is Mort’s, which offers fresh takes on all things mortadella. He has also launched Radio Cocktails and Gertie’s, each with a different vibe and focus. Oh, and Il Covo also partnered with David Marcelli for a pasta kit project.

Campbell is a tireless worker, a habit he has put to good use since he first set foot in a restaurant kitchen when he was just 12 years old.

“I became a chef after working as a dishwasher in my hometown of Ajax,” he says. “My cousin used to water the plants there and was friends with the GM, so that was it. I was in. They had a very energetic kitchen manager who ran a tight ship.”

Just being in that environment gave Campbell what he needed. He fell in love with the entire process. He graduated from high school and moved to Alberta to spend some time studying butchery at Fairmont’s Chateau Lake Louise. He returned to Toronto a year later, working with some of the country’s best chefs. He took his talents to Italy and returned to Toronto again and, with 22 years of industry experience under his belt, he opened what is now regarded as one of the best contemporary Italian restaurants in the city: Il Covo at 585 College St.

Although Il Covo is still turning out some of the city’s best pasta during the pandemic with its takeout and delivery options, the slowdown did offer Campbell the opportunity to pivot to new projects.

Mort’s is barely two weeks old and operates out of Il Covo’s kitchen, a passion project that’s based on one of Campbell’s simple pleasures.

“Chef de Cuisine Samantha Lamanna and I love mortadella sandwiches — both Italian and Americanized versions — so we made a menu, chose a bunch of fun beers, and put the whole thing together,” he says. “Rumour has it burgers and sandwiches have prevailed during the pandemic, so I thought maybe mortadella could be the hook and appeal to the mass, but make us a little different. Many nationalities have similar versions to Italian mortadella. I like to think many people can relate to it and, hopefully, it offers a little nostalgia.”

As for the vibe, it’s all about keeping the energy and the food light.

“Mort’s food is fun and approachable with killer branding done by my girlfriend, Sara Steep,” Campbell says.  “At the moment, I’m just testing the waters with Mort’s coming out of Il Covo but I’ve got some big plans for this one! Brick and mortar all the way.”

Il Covo is also partnering with pasta chef David Marcelli. Marchesini and Campbell were looking to collaborate with someone in Il Covo’s kitchen and thought Marcelli fit the bill.

“I first met David in 2012 when I came back from Italy to do Buca Yorkville,” says Campbell. They spent two years together at the restaurant. The experience had a lasting impact on Campbell, who tapped Marcelli again to design and create a series of pasta kits for a pop-up.

“We are collaborating on this David Marcelli x Il Covo pop-up series which will most likely last a month or two,” he says. “People can expect fresh and vibrant pastas that are all made by hand and mainly consist of unique cuts and shapes that you cannot exactly try every day. Dave Marcelli pastas are one of a kind!”

The kits are only available on Fridays and Saturdays, and each one includes a recipe card and enough handmade pasta, sauce, and finishing touches to serve four people.

Campbell’s final project Gertie’s takes him out of Il Covo, but not out of a kitchen.

“Gertie’s came about after having made a simple peanut butter pie with Sara in the summer of 2020 at her home,” he says. “I shared it in my Instagram stories and received an insane amount of positive feedback. At that time, I was already thinking of different companies I could start in order to bring in some money to pay the bills, seeing as Il Covo was in the middle of a very tough go.”

Steep helped him with the marketing and social media, coming up with branding that was close to Campbell’s heart.

“My mom, Gerda, is the one whose face is all over our branding. She’s from Amsterdam, Holland,” he explains. “It’s a photo of my mom when she was 16 years old in 1971. We often call her Gertie, too, so Sara had the idea to call the company Gertie’s. I thought it was perfect. It also made sense to name the company after my mom because she is the reason I’ve been familiar with peanut butter pies since I was a kid. Peanut butter pies are native to the Southern United States, but my mom would make them periodically during my childhood. It was always a hit!”

Needless to say, Campbell has certainly kept himself occupied in a year of uncertainty, much to the benefit of Toronto foodies always looking to try new culinary treats.

“I stay busy with all of these projects happening at the same time. I don’t have much of a life outside work right now. But I’m very happy,” Campbell says.