Impossible Foods' plant-based burger has come to Canada and here's where to find it in Toronto | TRNTO.com
Skip to content 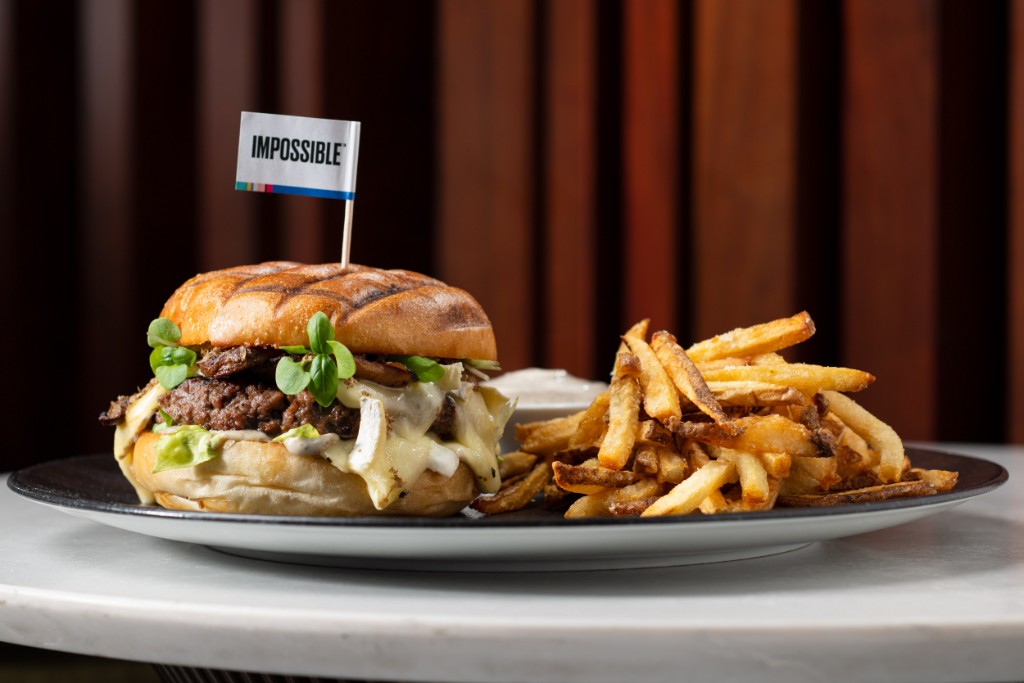 It’s an exciting week for Toronto vegetarians and flexitarians as the cult favourite Impossible Burger makes its long-awaited Canadian debut. The flagship product from California-based company Impossible Foods is hitting the menus of 13 Canadian restaurants this week, marking its first availability outside of the U.S. and Asia.

The Impossible Burger rose to fame in 2016, when it debuted on the menu of chef David Chang’s acclaimed New York restaurant Momofuku Nishi. It was later named the best plant-based burger by the New York Times and is now sold in about 30,000 restaurants and 10,000 grocery stores across the U.S.

The secret to the meat-like taste is a protein called soy leghemoglobin, which is said to replicate the heme molecule responsible for the distinctive, savoury flavour of real meat.

Chef Matty Matheson’s wildly popular pizza joint Maker Pizza will be serving a pie topped with ground Impossible Burger, while chef Ivana Raca is combining it with plant-based mozzarella to create a vegan agnolotti for Ufficio.

Some Toronto restaurants, including Favorites Thai BBQ, Soos, and the Federal, are offering a goodie bag of Impossible merchandise (while supplies last) to diners who order an Impossible Burger dish.

The burger is also launching at restaurants in Vancouver, Calgary, Ottawa, and Montreal this week, including Montreal’s iconic Joe Beef restaurant. The burger is set to roll out in additional Canadian restaurants in the coming weeks and in grocery stores later this year.