In her new novel, Ann-Marie MacDonald explores the frightening side of adulthood | TRNTO.com
Skip to content 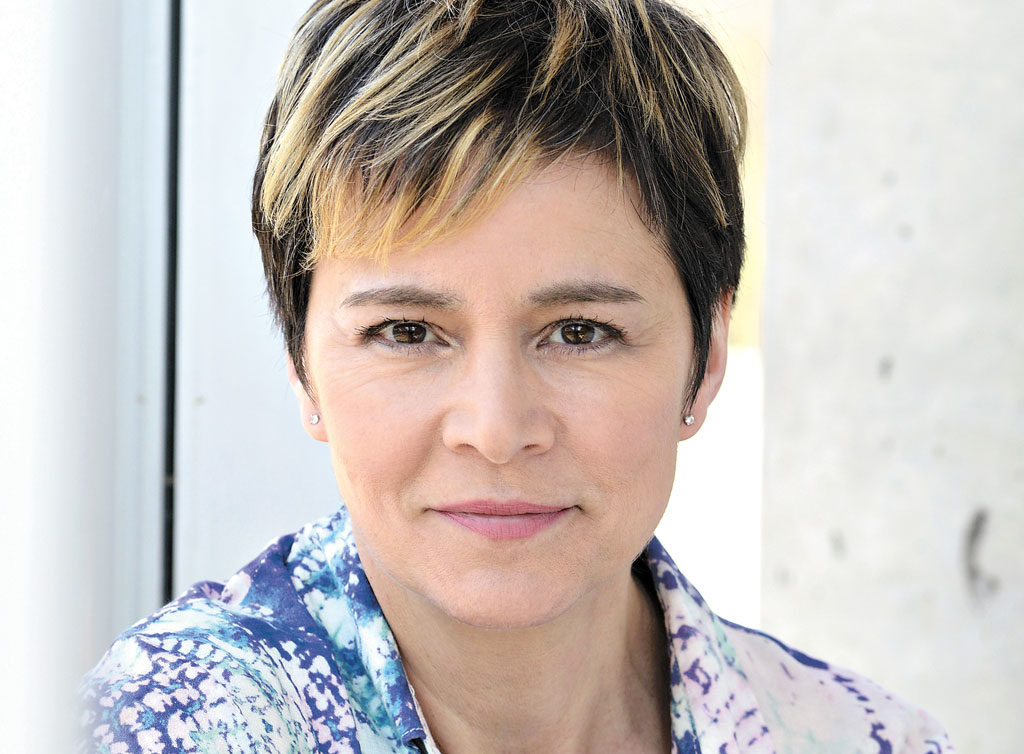 Ann-Marie MacDonald’s latest work didn’t magically flow through her or write itself as some novelists describe “the process.” It was a painful slog through an emotionally charged landscape. In a nutshell, it was really, really hard. And, as a result, it is a stunning and powerful work that will knock readers on their collective keister.
“You have to go to a lot of places most of us would rather not go,” says MacDonald, on the phone from her home in Montreal (she still lives part-time in Toronto, but favours the Habs!).
“But if you’re an artist, sometimes you have to. You gotta go or you just ain’t one.”
The pain in question is what many hold inside from our childhoods, from our mothers and fathers, from our experiences that shape our identities. It’s the kind of thing that sends some to therapy and others to the drink, drugs or other crutches of one form or another.
It’s this universality of emotional experience that is the driving force behind MacDonald’s bold novel, Adult Onset, set in the Annex neighbourhood.
MacDonald’s most autobiographical work to date, its plot centres on a character with many similarities to the author herself: a successful writer and stay-at-home mother of two young children; a partner who is a theatrical director who travels for her work; and a mother and father who were vicious to her upon her coming out of the closet, to name just three key points.
Mary-Rose Mackinnon is coming apart at the seams, pulled in a number of directions by relationship challenges, aging parents slipping away and young children demanding attention. Add to that volatile mix questions from her past that continue to haunt her.
Adult Onset touches on issues of child abuse, depression, loneliness and some good, old-fashioned angst. But, at the heart of the matter, says MacDonald, is the idea of forgiveness.
“I thought a lot about forgiveness,” she explains.
“I had to actually engage with that journey, with the verb that is forgiveness. Forgiveness is a process. It is ongoing, not an absolute. To forgive is really often to take that mythic journey into the underworld.”
MacDonald frequently invokes the name Dante and a certain well-known Inferno when describing the ordeal of facing down one’s emotional demons. But what kept her going, what has always kept her going is, well, us.
What she describes as the “phantom reader” perched comfortably on her shoulder as she makes her way down, down, down because, as she says, “I can’t actually do this alone.”
“Forgiveness is not for the faint of heart; it’s not a Hallmark sentiment,” she says. “It’s a pretty raging, barbed and powerful process…. It felt like the biggest fictional challenge of my life.”
In Adult Onset, every character has depth, a story, nuance.
It is a kitchen table tale writ large, where every seemingly banal, run-of-the-mill moment hums with dramatic tension, from a mother innocently trying to get a pair of boots on her far-too-fussy daughter to buying some flowers at the corner store.
Beyond domestic bliss, the novel also confronts other weighty issues, including depression, which was already front and centre for MacDonald even before the tragic death of Robin Williams.
While the main character is very obviously falling apart, others in the neighbourhood that fall into that could-never-happen-to-her category begin to display the telltale signs.
In one dramatic scene, the picture-perfect yummy mummy Sue, who has been clamouring for a play date throughout the novel, confesses that Mary-Rose calling her up one very meaningful morning to make arrangements saves her life.
“I’m so glad you called this morning, Mary-Rose, I don’t know what I would’ve done,” says Sue, surprising us all.
And then there’s the family dog Daisy, a beacon of sorts to Mary-Rose, an animal with a certain level of moral awareness that readers of MacDonald’s earlier works, such as The Way the Crow Flies, will surely recognize. For instance, the “boot incident,” when Mary-Rose turns to Daisy and through her eyes finally understands that she is the threat to her child.
MacDonald understands the importance of talking about these issues and hopefully letting her readers know they aren’t alone.
“Yes, we’re not alone and we’re not supposed to be perfect,” she says.
“Nobody has it all together. We’re not supposed to be perfect, you know. And I really think there is a kind of healing balm that happens when people can read a story and identify with it. I want readers to feel that I’ve spoken to them about something that’s important to them and have a few laughs and moments of recognition along the way.”
MacDonald will be appearing at the International Festival of Authors on Oct. 31, in addition to a sold-out reading at the Toronto Reference Library on Oct. 1. And MacDonald has also contributed to the current exhibition of the works of artist Alex Colville on at the Art Gallery of Ontario.
BACK TO HOME