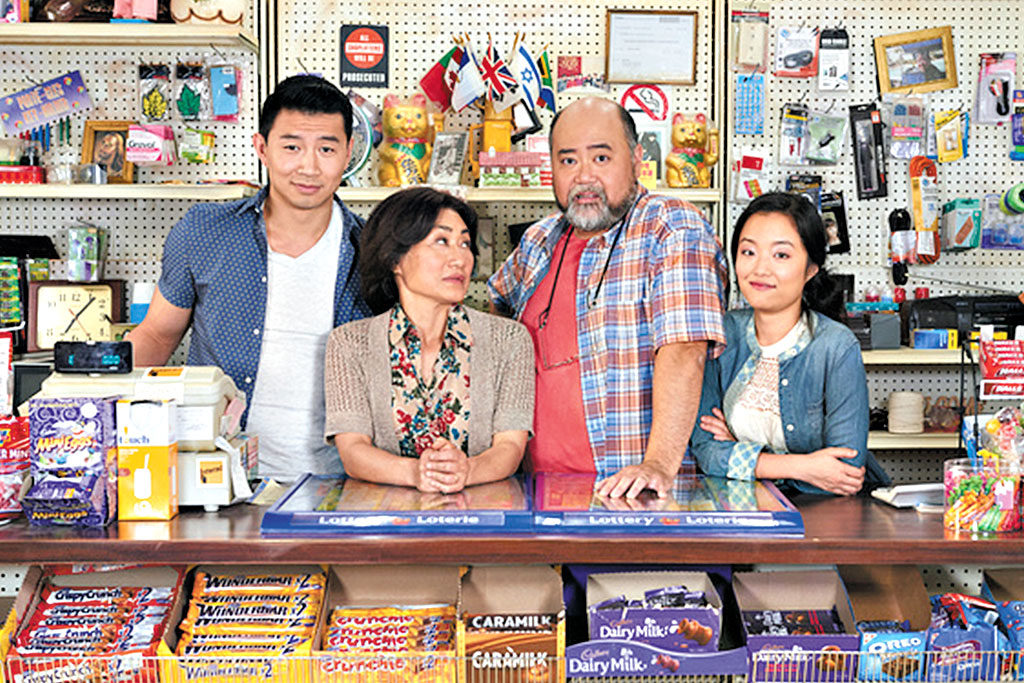 Ins Choi was happy when his play Kim’s Convenience made it into the Toronto Fringe Festival. That was enough for a young kid fresh out of acting school at York University.

Now, after many stage productions at Soulpepper Theatre Company, tours, accolades and acclaim, Choi’s plucky comedy about a Korean family running a convenience store is about to make its premiere on CBC-TV this fall.

“Oh man, it’s like a dream come true,” says Choi, during a recent interview at the CBC building alongside Soulpepper’s head honcho Albert Schultz, who is helping to produce the CBC-TV series.

“I was happy with the Fringe. I was so glad just to get it onstage. And recently, it’s just become so timely,” Choi adds.

Kim’s Convenience is set in the Regent Park neighbourhood of Toronto and tells the story of a Korean family whose lives are centred around the running of a neighbourhood convenience store.

It is funny but also quite poignant and dramatic, touching on universal themes. It’s a play about a specific immigrant experience that breaks through boundaries and expresses some universal truths that allow audiences to laugh and learn at the same time — a powerful combination.

It premiered at the Fringe in 2011, taking Best New Play honours, and was remounted by Soulpepper in 2012. More awards followed, including two Toronto Theatre Critics’ Association awards as well as a Dora Award nomination for Outstanding New Play.

Although Choi had studied to become an actor and was a member of the Soulpepper acting academy when the play won the Fringe prize, his roots are in the written word.

“Writing has always happened on my own since I was young, and I never shared it with anyone,” he says.

“There are books and books of my writing, stories, poems. My father is a pastor, so maybe being onstage with his voice and seeing him at home writing — he still uses pen and paper — that maybe inspired me to do that.”

Choi didn’t even think about acting as a teenager, opting instead to spend his time on a skateboard or playing sports in the Finch and Warden area of Scarborough and, apparently, working in a few convenience stores of his own along the way, including one at Yonge and Sheppard.

On a whim, he decided to try for a part in the school musical.

“I auditioned for Damn Yankees just because I wanted to,” he explains. “And that experience of putting up a show for the first time, that community that theatre creates, it was really strong. I loved it, but I didn’t know you could do that for a living.”

When Choi graduated from York, he looked around the theatrical landscape in the city and decided, if he was going to get onstage, he’d have to make it happen himself.

He ended up joining the playwriting unit at the then-fledgling Asian-Canadian theatre company fu-GEN. In addition, he joined the acting academy at Soulpep per, where his script found its way into the hands of Schultz.

Choi entered a very early form of Kim’s Convenience in a Toronto Fringe contest. The winner would get free admittance into the popular theatre festival.

If there is one thing about the play that could not change in the adaption to TV, it was the character of Appa, the family patriarch. Toronto actor Paul Sun-Hyung Lee plays the character so wonderfully that he has really made it his own.

“He’s been in every production across the country,” says Schultz.

“It reminds me of Archie Bunker, this iconic character. You love him even though he’s saying things that are outrageous. And it works for him.”

Jean Yoon also made the jump from Soulpepper to the CBC with her portrayal of Appa’s wife, Umma.

But, for TV, Choi dialed the time back a few years to when the two children were in their early 20s, essentially writing himself out of an acting gig in the process.

“But it’s OK. In season two, I could write in that weird uncle on the street. I’ll play that uncle.”

The new format did allow for a more fulsome exploration of the comedic terrain.

So despite losing an acting role, Choi sounds as if he’s having fun creating new storylines for his beloved characters.

“Creating and writing these characters has been very refreshing,” Choi explains, noting in particular a friendly rivalry developing between Mr. Kim and his Chinese neighbour, Mr. Chen.

“I thought, ‘OK, there is a whole world here. It was very narrow in the play, but because this is TV, I can explore all these new characters and a new kind of comedy.’ ”

Kim’s Convenience will premiere on CBC-TV this fall.