Inside the life of Sash Simpson | TRNTO.com
Skip to content 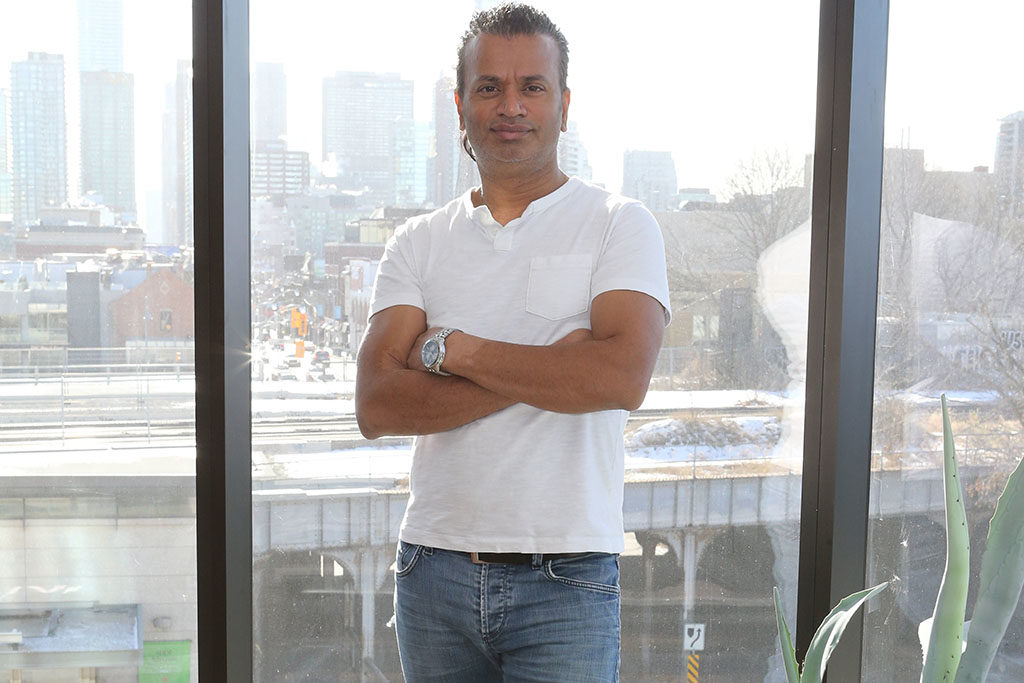 Years before he led the kitchen at Mark McEwan’s legendary North 44, before he worked his way through the ranks from line cook to junior sous chef to executive chef, before he was on the cusp of opening his own high-end restaurant and wine bar at Yonge and Summerhill, Sash Simpson lived in a different universe.

He doesn’t remember much about his time growing up on the streets of Chennai, India, over 40 years ago. His memories are fuzzy, he says, like television static. He recalls that his mother had long, beautiful hair, and that his father was deaf and mute. He had an older brother and sister.

Somehow, when he was around four or five, he went astray. After that, it’s a blur of wandering, begging, stealing food and doing whatever he could to survive on his own on the streets of Chennai.

“People ask me if I have seen Slumdog Millionaire,” Simpson says. “I’ve lived it. That was me.”

The future for a street kid like him was bleak. Certainly, he was a far cry from becoming an important figure in Toronto’s fine dining scene. If volunteers from the Families for Children orphanage hadn’t spotted him during a routine combing of the streets for homeless children, if they had walked in one direction instead of another, his life would have been very different.

But they did find him, malnourished and weak. They asked him where his parents were; he didn’t know. So they brought him into the orphanage.

A lot of homeless kids in India aren’t so lucky, and even if they are, they might find that nobody wants to adopt them. Eventually, though, Simpson would be taken in by the Families for Children founder, Sandra Simpson, a Toronto resident. He says he knew, somehow, that he wanted to come to Canada.

Sandra had no intention of adopting another child, having already taken in plenty, but this tenacious little boy — who she calls Sashi — was difficult to ignore.

“Sashi persists in whatever he does,” Sandra says. “Every time I visited our Indian project, Sashi would be front row and centre asking, ‘Canada, mummy, please.’ ” 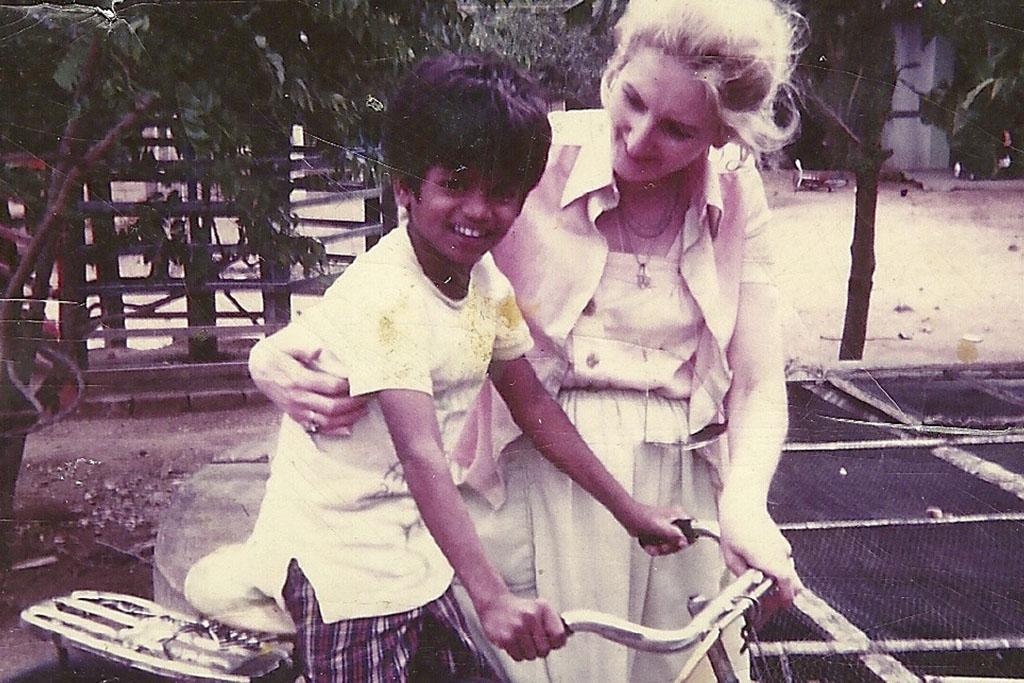 He won her over, and in 1979 moved to Toronto to live in a 22-room mansion in Forest Hill with Sandra, her husband Lloyd and 32 brothers and sisters from around the world, most of them adopted.  He was around nine years old, he estimates (Simpson doesn’t know his birthday, but his best guess is that he was born in 1970). Suddenly, instead of desperately searching for his next meal, he was living the life of a normal Canadian kid, hanging out at Sir Winston Churchill Park, tobogganing and playing soccer.

While Simpson’s rescue from homelessness is worthy of cinema, his foray into the world of food was less dramatic. He probably wouldn’t have ventured into the restaurant industry if he hadn’t taken a random dishwashing job as a young man at the now-closed Pat and Mario’s at Yonge and Eglinton.

Soon he was bussing tables, running food and eventually, he made his way into the kitchen to cook. One of his sisters gave him a warning: “If you go into the kitchen, you’ll never come out.” She ended up being right, but in a good way, he says.

“It’s all I wanted to do. School never did anything for me — I was bored at school.”

Simpson worked his way through cookie-cutter restaurants such as East Side Mario’s, Mr. Greenjeans and Dunn’s deli. One day, in the mid ’90s, he saw a job posting for North 44. He was unqualified, but his intuition told him to apply anyway.

North 44 — celebrity chef Mark McEwan’s crowning achievement at the time — had already established itself as a fine dining institution and an incubator for emerging culinary talent (Claudio Aprile, Rob Gentile and Luis Valenzuela, among others, have all passed through the restaurant’s kitchen).

There was no reason why such an in-demand restaurant would take on a cook of Simpson’s calibre, and it didn’t — at first. He was rejected twice, he says, which only made him come back stronger. Eventually, North 44 took a gamble on him.

Simpson did everything they needed: peeled potatoes and onions, worked the vegetable station. And he did it well, pulling long shifts, grinding his way through the ranks.

“It was so different from the food I used to cook,” he says. “It was an art, and it intrigued me.”

His mentors were the chefs who were in the trenches with him, dedicating their lives to their craft and the restaurant — veterans such as Brooke McDougall, Andrew Springett and former executive chef Richard Andino.

“Working at North 44, around that time, was very difficult,” says Andino, currently executive chef at David Duncan House in North York. “We were always understaffed. Sash came in, he did the work, he did it properly and he succeeded.”

In 2002, Simpson was put onto the opening team for McEwan’s next project, Bymark, as executive sous chef. It wasn’t long, though, before he’d get called back to North 44, this time as executive chef. It was a position he’d hold for 16 years — an unusual display of loyalty in a field characterized by transience.

“Half my life I’ve been at one company,” Simpson says.

“One day, when I have time on my hands to wander the streets, I’ll try to find my parents. They don’t know I’m alive.”

During his tenure, Simpson dutifully maintained the restaurant’s elevated standards, but in June of 2018 he resigned to pursue his own project. Soon after, McEwan announced that he was closing the restaurant after a 28-year run, indicating that the lease had expired.

Currently, Simpson is at work on his own restaurant, a 95-seat spot to be called Sash. Set to open in the new year, it will serve brunch, lunch and dinner — modern food with global infusion from France, Japan, Italy and India.

He gets wistful thinking about his previous existence and how far he’s come. He’s built a solid life for himself: he’s married, with a four-year-old son and another child on the way. He’s focused on moving forward, but that doesn’t mean he’s let go of his past completely.

“One day, when I have time on my hands to wander the streets, I’ll try to find my parents,” he says. “They don’t know I’m alive. I’ll do that run one day.”