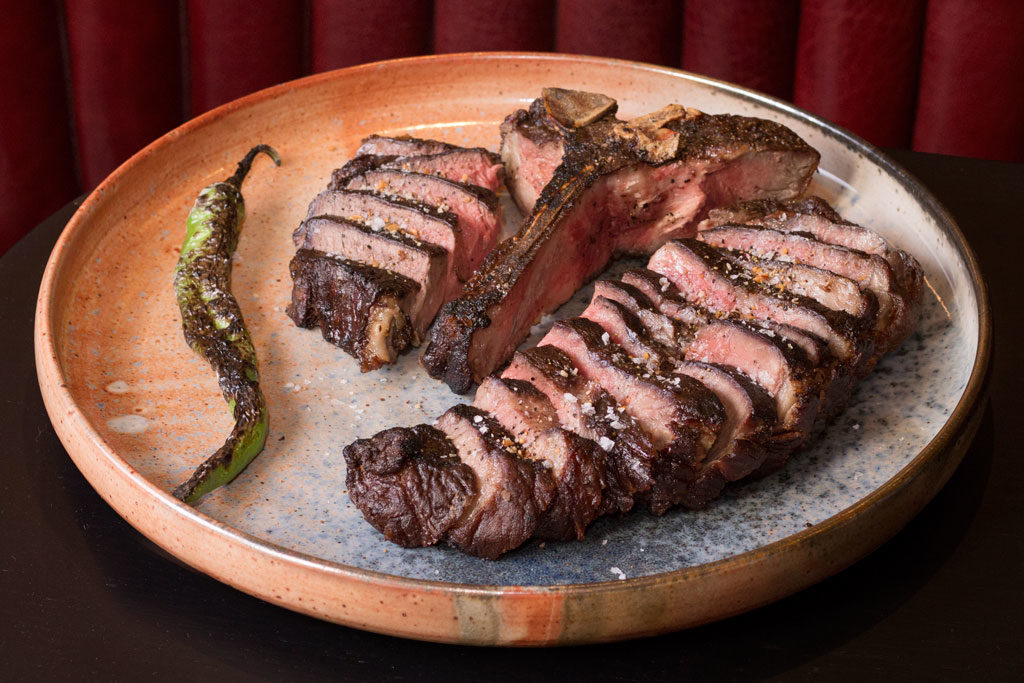 In a culinary landscape of sharing plates and “dining concepts,” where does a slab of seared meat sitting on a plate figure? Two new Toronto restaurants have boldly revived the noble steak house. Both designed their dining areas around an open grill; both are named after remarkably different fire gods: One is the literal Japanese God of the hearth, and the other, a mere mortal who rose to prominence after founding the most famous steakhouse in Canada. Kōjin is a modern grill, with cosmopolitan digs downtown, while Harry’s is a traditional steakhouse in a classic neighbourhood setting. Together, they show us why steak still reigns supreme.

Two powerful Toronto steak house dynasties come together in Harry’s, a dimly lit restaurant on a quiet stretch of Bloor Street in Etobicoke. Its namesake is Harry Barberian, the founder of Barberian’s on Elm Street, whose celebrated chops have been enjoyed by luminaries of all stripes through that restaurant’s nearly 60-year history. The building housing Harry’s is the former home of Black Angus, an Etobicoke institution with a similarly storied past that dates back to 1964. 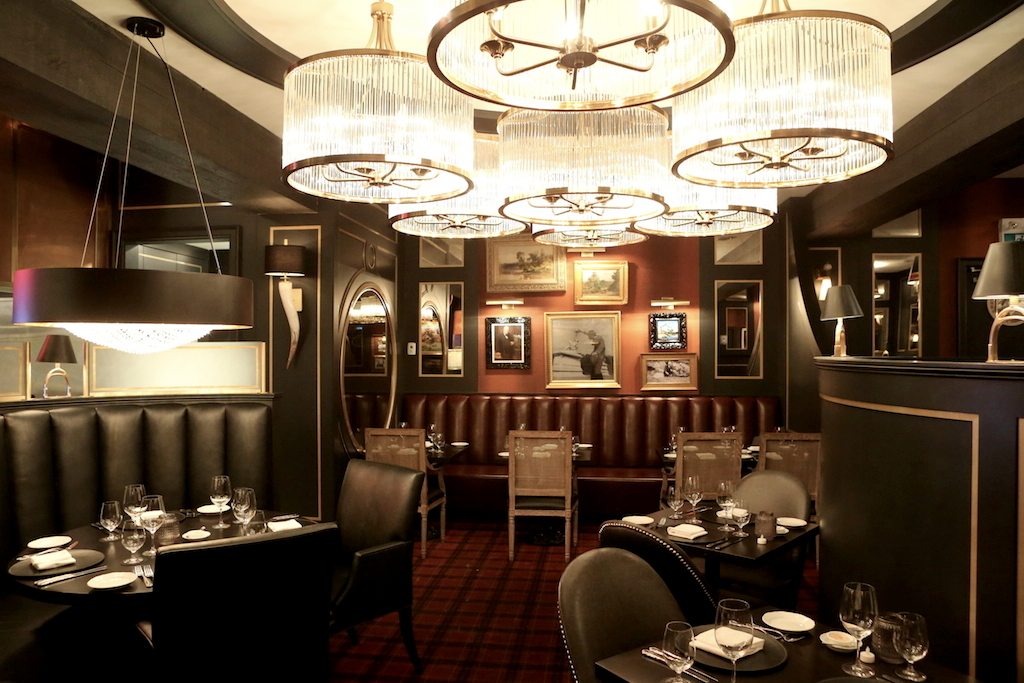 The dining room at Harry’s

Harry’s, co-founded by Arron Barberian, opened its doors last August, but it feels eerily old-world. The smoke, wafting from an open grill top, subtly hearkens back to a time when people still smoked inside. High-backed banquettes create intimacy within a chandelier-lit dining room. The menu is stacked with uncomplicated classics like shrimp cocktail and wedge salad. And the 12-ounce slab of perfectly seared sirloin dares you to share it, while betting you can’t. Harry’s steak is well-seasoned with a crusty exterior, tender and buttery on the inside. The wedge, too, has no more accoutrements than are required: just ultra-crisp iceberg, bacon, tomato and chives and a perennially familiar blue cheese dressing. Harry’s reminds us of the days when meals were individual expressions of identity rather than a procession of shared experiences. Nobody asks, “Do you want the last bite?” Here, people just take it themselves.

MORE THAN MEETS THE EYE

The newest addition to the Momofuku empire is named after the Japanese god of the hearth and specializes in prime local cuts, but a classic chophouse it is not. Occupying the glass-encased third floor of the building, overlooking University Avenue, Kōjin’s interior is as sleek as the view, with oxblood leather banquettes, black tabletops and paper lantern light fixtures casting a diffuse light over the window-side dining section. 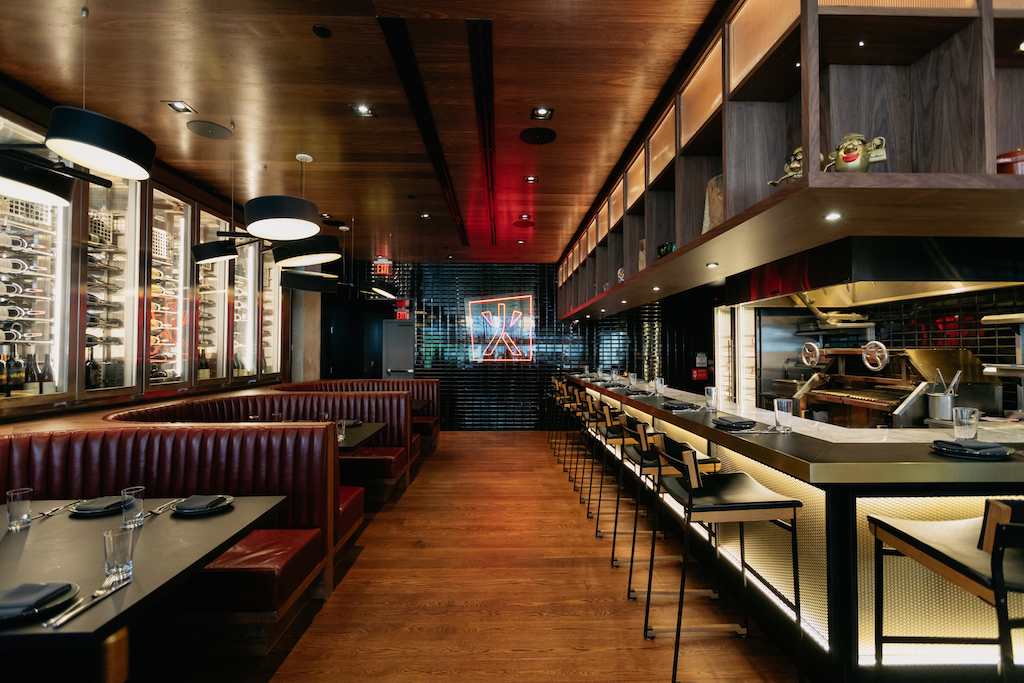 The menu is on trend and on brand, elevating Canadian and French classics with David Chang’s Asian touches and chef Paula Navarrete’s Colombian roots. The meal begins with a cup of a salty and aromatic concoction of chicken bone broth and Earl Grey tea –– to some diners, it comes off as avant-garde, to others as simply puzzling. But the menu is unmistakably Changian, with a section devoted to the cornbread flatbread, a cornmeal twist on Momofuku’s signature Chinese-style bing bread served at his other global outposts. It’s griddled flat like an arepa and served with an array of toppings. Locally sourced cuts of sirloin and filet mignon are cooked over an Argentine grill, topped with charred green chili and presented with a hot sauce made from coal-fired chilis. Like everything else, the steak is shareable, which helps diners save space for Tita’s Mash: a velvety pool of Gouda and potato served unadorned in a cast-iron pan. There’s more than meat and potatoes at Kōjin, but it’s the meat and potatoes that bring the place home.