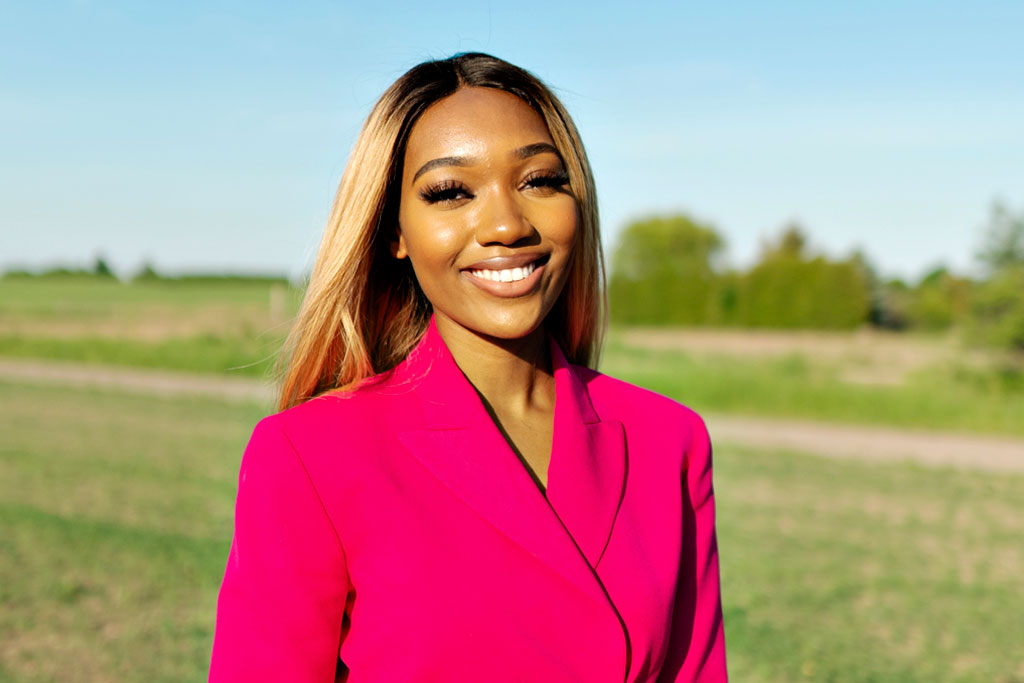 Kerin John used her expertise in graphic design to launch the incredibly popular Instagram account @blackowned.to. The account is meant to help Torontonians find Black-owned businesses that they can support in their local community, and within two months it has grown to more than 50,000 followers.

“My first intention was to go to college for it, which I did for a little bit, but I realized it was kind of a waste of time because I studied it in high school for so long,” John says. “After that, I just decided I would freelance and do this myself.”

At first, John was mostly doing work for people she knew, and that led to other work through word of mouth. Now, she is living a full-time freelance career with her main focus being @blackowned.to.

“Organization is probably the number one thing to just keep your head on straight,” John explains. “Also, try to prioritize a little bit and not take on too many things at once, or else you’re going to burn yourself out.”She has faced this challenge since starting @blackowned.to.

“The idea came to me because I was having a very difficult time finding Black-owned businesses in the city. With my design background and everything, I knew that I could create a page that was just easy to use because I’ve always been pretty good with social media.”

Kerin John started the account at the beginning of May and was mostly finding businesses to post on her own. However, by the beginning of June, she says things “really exploded.” She was getting upwards of 1,000 likes on each post and started getting so many direct messages that she couldn’t keep track.

“I had to turn them off and find a different solution. And that’s how I decided to get a website for the business submissions,” she says.

John says running the Instagram account and posting new businesses from the submissions has now become almost all she does at this point.

She has a backlog of hundreds of businesses to post now, and so she thinks she likely will create a directory of them all and post it to the website.

“I want people to still have the resources without having to wait for me to post because it’s going to take me forever to get through all of the businesses.”

She attributes the growth of the account to the community.

“Up until the past couple of weeks, supporting Black-owned businesses hasn’t been a trend. Now, it’s kind of, I don’t want to say trendy, but people are just trying to find ways to be a good ally,” Kerin John says. “But I don’t want it to be temporary. I want it to be continued support for the Black community because, overall, we just haven’t had the same amount of customers, and starting a business for us has always been a little bit more challenging.”