Is $5 mil a year on potholes enough for Toronto? | TRNTO.com
Skip to content 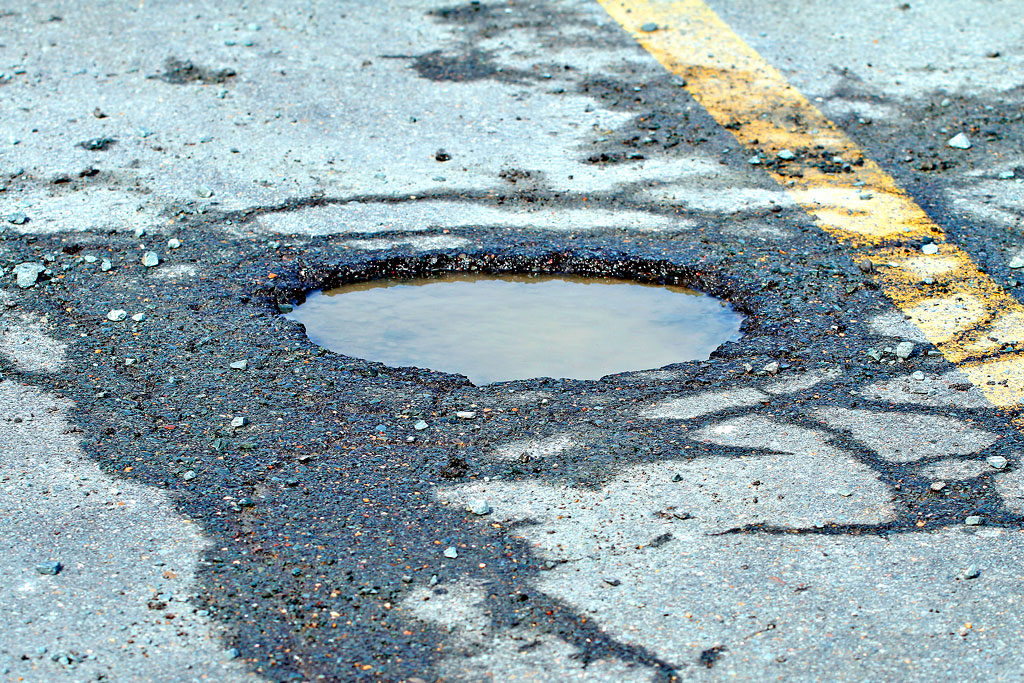 Life is not always a smooth ride: there are bumps along the way. But it is never pleasant when the bumps keep happening and there are potholes to contend with.

Which seems to be a big problem on Toronto roads. Lots of bumps and lots of potholes.

“Potholes are one of the top calls to my office” says James Pasternak, a city councillor and the chair of the Toronto City Council’s infrastructure committee.

“They create risks for pedestrians, cyclists and automobile drivers who can lose control.”

“Staff assume they are fixing potholes,” he adds. But it is clear he doesn’t think enough is being done.

“The numbers staff talk about [apparently filling about 8,000 a year on average in every ward] is not reflected on the ground.”

Pasternak says some $4 to $5 million is spent each year filling potholes, but he thinks the city is understaffed and needs to spend more time on the problem.

He plans to make the issue a priority during this next year.

The credit for the large number filled in 2014 goes to none other than Mayor Rob Ford. He put enormous pressure on staff.

“Potholes were his thing,” says Pasternak. Who knew?

But it’s a larger problem than just potholes. Whenever there’s a crack in the top layer of asphalt, there’s a good opportunity for water to penetrate. It freezes, and the expansion causes the pavement to be forced up, which then crumbles and breaks from traffic driving over it.

As that happens, the water penetrates the concrete roadbed, which can also get damaged.

While the asphalt layer can last two decades, the concrete is expected to last 50 years if it is not prematurely damaged.

But since the city is not keeping the road surface in a state of good repair, we seem to be spiraling downhill quickly: first the asphalt, then the concrete.

The result is an enormous increase in the cost of restoring  roads to a state of good repair.

Look around. I walked up my street and was amazed at the number of cracks in the road. It used to be that the city had staff who walked down every street once a week to look at the condition of the roads.

Cracks would be filled with slurry seal — apparently a solution invented in Toronto in the 1960s — which seals cracks with sticky tar to prevent water penetration.

That doesn’t seem to happen anymore. Staff time is taken up by arranging the filling of the (more obvious) potholes, with the result being that far less time is devoted to the more important concern of long-term maintenance.

And we all know potholes that have been sitting there, unfixed, since last winter. We all know roads that are so bumpy they are no fun to drive on.

Councillor Pasternak wants an increase in dedicated crews who do more than merely react to complaints.

“Staff should be on a search and fill mission, using the latest technology,” he says.

But don’t expect any big change in the next six months.

The road surface can’t be easily fixed during the colder months, when water freezes very quickly.

And with the looming financial crisis the city is in, devoting the extra funds needed to put road surfaces in good repair won’t happen any time soon.

Montreal is widely known for its potholes. Toronto, sadly, is getting the same reputation.

Maybe this is a question I should not be raising:

Should we be asking the brother of the late Rob Ford to pay attention to this city’s problem?