It’s a balancing act for kids who must excel in both sports and the classroom - TRNTO.com
Skip to content 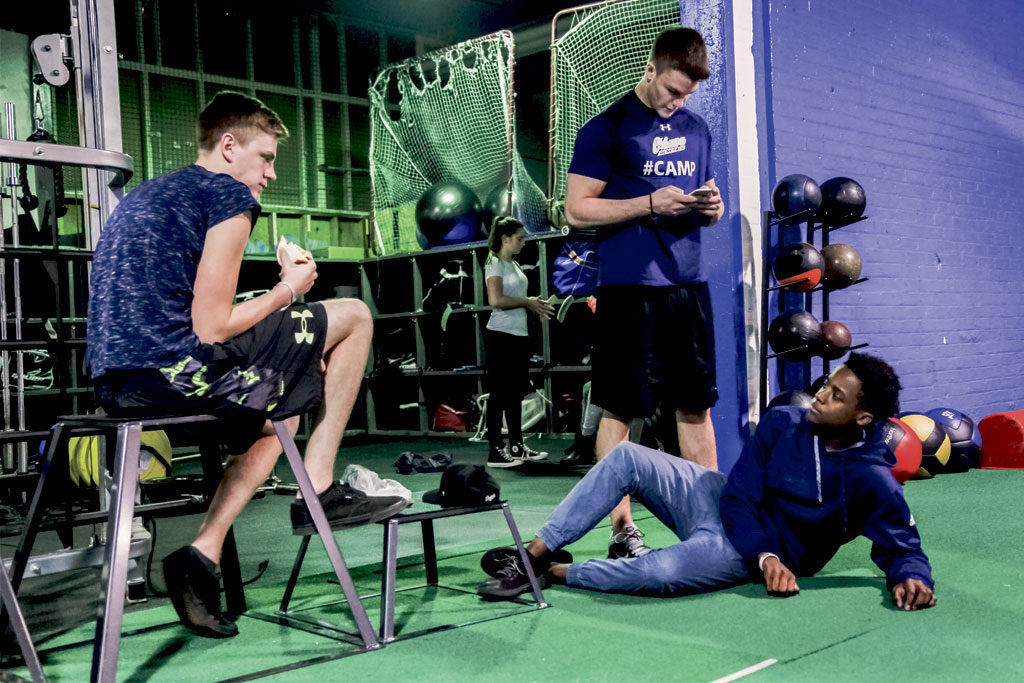 High school comes with a huge amount of responsibility for a young teen, but add the gruelling schedule of a high-level athlete to the mix, and it can be even more hectic. Schools that cater to elite athletes, like Blyth Academy Downsview Park, St. Andrew’s College and the Hill Academy, make allowances to accommodate the busy lifestyle of student athletes so they can stay on track with academics while pursuing their career goals.

Former student Owen Tippet was drafted 10th Overall in the 2017 NHL Entry Draft to the Florida Panthers and is now playing for the team at just 18 years old.

Meanwhile, swimming phenom Penny Oleksiak also attended one of Blyth’s other campuses. For those living under rocks, Oleksiak became the youngest Canadian Olympic champ and the first Canadian to win four medals in one Summer games — two bronze, one silver and one gold — at the 2016 Olympics in Rio. During her bronze 4×100-metre freestyle relay, Oleksiak, along with her teammate Taylor Ruck, achieved something else: the pair became the first Olympic medallists born in the 21st century.

Noble Okello, Rocco Romeo and Julian Dunn are Toronto FC II soccer players and current students at Blyth. Due to their demanding training schedules, the students spend the mornings training and attend class in the afternoons, in addition to participating in an online course.

On a typical day, the students will report to the training grounds at 8:15 a.m., finish training around 10 a.m., then meet with their coach for a video session to go over technical and tactical performance points.

The students say teachers and staff at Blyth have offered them an invaluable support system throughout their time there.

“Blyth is very accommodating for students. They’re very flexible with our schedules,” Romeo says. “My experience here so far has been tremendous; the teachers are very open and approachable.”

In addition to Blyth’s online academy, which features over 100 online courses for students, the school offers a small average class size of about eight students per class.

Adam Hurley, principal at Blyth Academy Downsview Park, notes that the school places a high value on creating an environment where students have a chance to follow their dreams, instead of forcing them to fit into a certain educational mould.

“I find that I hear from parents a lot that the public system just really views these athletic regimens and commitments as kind of a detriment, where we should be praising and supporting them as much as we can,” Hurley says.

Blyth Academy is also the sole educator for the Chinese national hockey program, which began this year. Currently, 23 students from the program are attending Blyth to improve their hockey skills and prepare for the world championships in March. Fifteen of those students have come straight from Beijing, so English as a second language courses and Canadian culture lessons are also on their timetables.

“The program is coached by Steve Kasper, who played in the NHL for 13 years, coached in the NHL for the Boston Bruins and scouted with the Leafs,” Hurley says. “So it’s a really neat program and the long-term goal is to hopefully funnel some of these kids into the Olympic program, because Beijing is hosting in 2022, as well as provide opportunities for their KHL [Kontinental Hockey League] team in Beijing.”

St. Andrew’s Junior High School at York Mills and Bayview Avenue is another school that aims to support talented youth with its high performing athletes program. The school, which is within the Toronto District School Board, offers flexible hours to accommodate students with hectic schedules.

Sarah Pendergrast’s daughter Molly is in Grade 7 at St. Andrew’s. She says the school has been a good fit for the long hours Molly spends training in both high-level competitive diving and cheerleading.

“She trains in diving 15 hours a week, but she also is a competitive cheerleader on a level five team this year, so she trains at that about eight hours a week,” Pendergrast says. “Molly’s diving coach said it might be a good option for her because he could offer her a couple of training sessions during the day, which would free Molly up to train in the evening without it being super stressful rushing from the pool to the gym.”

Molly’s school hours begin at 8:45 a.m. and last until either 11:50 a.m. or 12:40 p.m., meaning she doesn’t have to wake up unreasonably early in order to fit class time into her schedule. Pendergrast says the teachers also aim to assign homework at least a week in advance so students can manage their time effectively.

“We chose to go there [St. Andrew’s] basically to allow her to have the flexibility in her schedule and accommodate the two sports, but I would have chosen it for her even if she was just doing diving so she can have that afternoon training time. It’s a bit quieter,” Pendergrast says. “She only started in September, but she loved it from the first day.”

Pendergrast says Molly’s ultimate goal for diving is to qualify for the international meet, and for cheerleading, she and her team will be trying out for the Canadian junior team. From the sounds of it, she’s well on her way.