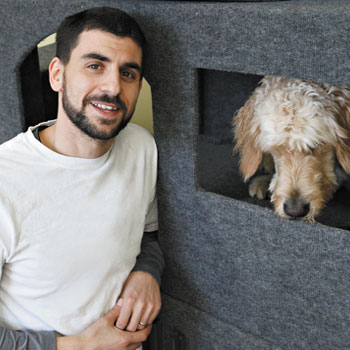 Jesse Sternberg is in the dog house. After selling a start-up company to Research in Motion, the entrepreneur wanted to go into business doing something he loved.

A New York intersection has just made its home in the Lytton Park area. Mercer & Prince is a home decor store owned by Samuel Rossi and Jay Djang and is named after two of the most popular streets in Soho. “We really like Soho,” says Rossi. The store carries everything from kitchenware to stationery, to home fragrance line Archipelago (2503 Yonge St., 647-288-9600).

Pink Tartan now has a home of its own. The popular design line from local resident Kimberley Newport- Mimran can now be found at flagship store Seventy Seven. “I’ve always wanted a store,” says Newport-Mimran. “It’s always sort of been a dream.” Newport- Mimran says her next goal is to open in New York (77 Yorkville Ave., 416-967-7700).

Not everyone opens a store in honour of a friend. However, Allyn Mills, of the new accessory bag store Un Jour Un Sac, did just that. Her friend is successful French purse designer François Rénier.These days Rénier is known for his detachable handle and pouch designs, which lend themselves to mixing and matching (2651 Yonge St., 647-352-0075).

Eglinton’s latest sushi spot is Sushi Ocean. The new eatery offers classics, such as spicy salmon rolls, as well as unique options such as the Eglinton roll — a local twist on a lobster roll (1010 Eglinton Ave.W., 416-783-8811).