It's confirmed: Tessa Virtue and Morgan Rielly are a thing | TRNTO.com
Skip to content 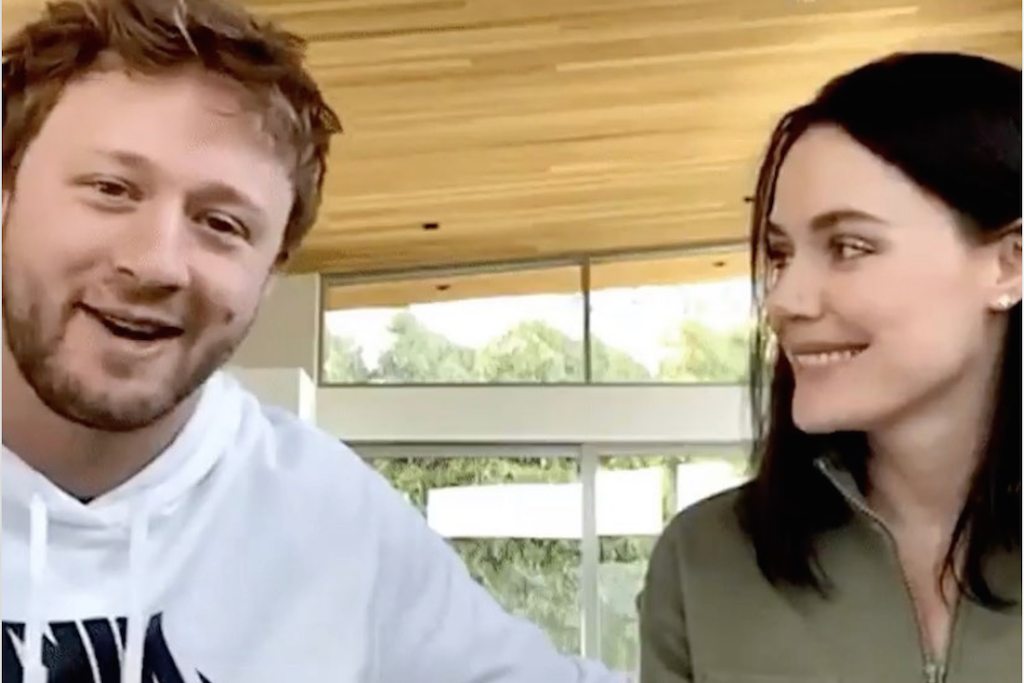 Fans did not have much to go off in the first place seeing as the only “proof” was that Virtue had commented on one of Rielly’s Instagram posts with a heart eyes emoji, but it was Instagram again where the confirmation became clear on March 23.

During a shared Instagram Live session between Virtue and Arkells lead singer Max Kerman — Kerman has been hosting daily Flatten The Curve music classes on Instagram — Rielly appears in the background.

Kerman asks Virtue what she has been watching recently and also notes that she should start watching the new Netflix docu-series Tiger King. Then Rielly appears in the background to say, “Tiger King is a fantastic show,” and then walks off.

Kerman then asks Rielly, “How’s it going?” and Rielly comes back to the screen to join the conversation. Kerman asks the pair if they are currently in Vancouver together, and they say “Yes.” Rielly is originally from Vancouver.

Virtue then shares some details about how the pair have been trying to motivate each other to work out and that they have been lucky enough to go for long walks and hikes and see the mountains while keeping a safe distance from other people.

“We both did a workout, it took us about a week to not be sore,” Reilly added. “Like we were limping around Vancouver yesterday, we didn’t feel too good about ourselves.”

To which, Virtue added, “It’s either all or nothing.”

Their workouts have included core circuits and even a FaceTime session with Virtue’s sister who is a barre instructor in Toronto. They went on to talk about what books they are reading during their social distancing and then Virtue gave Kerman some dance lessons.

Virtue and Kerman are now creating a dance routine for the Arkells song “Years in the Making” and have teamed up with Food Banks Canada. A $100 donation will go to Food Banks Canada for every submission of someone completing the routine.