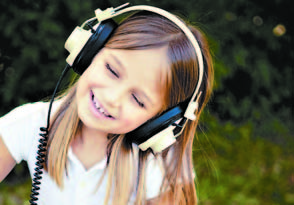 I SAW DALLAS Green last month at Massey Hall. He was brilliant. He was funny and bright, and he intelligently hushed any annoying “who-hooers” in the crowd. His lyrics are like poetry. And he still listens to his mother. During the concert, he recounted her advice on his shirt selection: “You’re not going to wear that shirt are you?” Typical mother’s speak. He changed.

It was the best concert I’d seen since the first concert I ever went to back when I was 14 years old. I could listen to Dallas Green all day. Well that’s what I thought, anyway.

Dallas Green, when not in mellow mode, plays in my 13-year-old son’s favourite band, Alexisonfire, or as I like to call them, “the yellers.”

My home office and my son’s bedroom share a mutual wall, so when I’m at my computer tapping away, my son’s loud iTunes selections are chipping drywall flakes onto my keyboard. Besides the yellers, he enjoys rap, which includes a lot of heavy bass. Bass, I’ve discovered, makes me feel old. I find myself clutching my chest with every vibration and pleading with my son to “turn it down,” just like my mother used to say to me back in the day.

When I was growing up, our hi-fi was located in our living room so everyone had access to it. With eight siblings, album selection was eclectic to say the least. Everything from my parents’ Benny Goodman to my siblings’ Blood, Sweat & Tears; John Denver; Earth, Wind & Fire; Led Zepplin; and George Carlin comedy albums could be heard spinning in our house.

Our driveway was the site of another musical innovation from the ’70s: the eight-track tape player. My sister had a rust-coloured Vega that barely turned over. It spent most of its life parked under our chestnut tree, gathering sap, but the one reason my dad never had it towed was its state-of-the-art eighttrack. We took turns sitting in the driveway playing the two huge eight-track tapes she got with the car: America’s History and The Best of the Guess Who. I have many memories of being a kid in my pyjamas, sitting in the back of that Vega, singing along to “Horse with No Name” over and over again. The car was parked. Bizarre childhood, I know.

My son’s favourite band is Alexisonfire, or as I like to call them, “the yellers.”

In the ’80s, my teen years, I moved away from the eight-track. My life was filled with the latest thing: cassette tapes. I had cassettes of the Clash, Bruce Springsteen and the Who. (My brother had a great influence on my musical tastes at the time.)

As I said, I went to my first concert when I was 14 years old. I had to beg my mother to let me go. The concert was in Buffalo, and I wanted to tag along with my brother, his girlfriend and his best friend to see the Who’s farewell tour. It later turned out to be one of many such farewells. After months of negotiations and a sworn affidavit that my brother would never leave my side, my mum gave in and we headed south of the border. It was a life-changing experience, and I remember all the details.

As soon as we passed through the gates of the stadium, my brother ditched me for his girlfriend, and I was stuck with his buddy. Lost in a sea of bodies near the stage, I ended up perched on my brother’s buddy’s shoulders all night, watching a shirtless Roger Daltry swinging his microphone. Having shared such an intimate experience, the buddy felt the need to try and kiss me during the final encore. I’d never felt someone else’s tongue in my throat before (and not in a good way). It was an evening of firsts.

The ultimate ’80s gift between suitors was the mixed tape. It took countless hours of splicing and precise song placement in order to express yourself through music. My son’s equivalent is the iPod playlist. Unlike the mixed tape, it is an instantaneous expression of love.

Kids barely listen to the radio any more because they can plug their own iPods into docks in the car or around the house or into any computer. My son has no idea what a CHUM Chart is, and when I asked him who Casey Kasem was, he replied, “Is it a boy or girl?”

Kids are now in the musical driver’s seat and are rarely subjected to their parents’ horrible tastes. What I would have given for an iPod in 1979 to escape my Dad’s Nana Mouskouri tapes! YouTube has also transformed musical exposure by making concert video clips immediately accessible. The result is that the live concert experience seems to have lost much of its mystery and intrigue for the new concert-goers.

Even so, my son just heard that Alexisonfire is going on tour this summer. It scares me that he is old enough to see a live show. We were talking about it in the car the other day when the Who came on the radio. We both started singing along. Suddenly, I didn’t feel so old. I remembered how great it was to experience my favourite band live at his age. The flood of memories hit me from that night at Rich Stadium, 1982. I realized that experiencing a “live” concert on YouTube isn’t so bad after all. Heck, he can even turn up the bass full blast.