Jason Momoa spotted at Sushi Masaki Saito, Ramen Isshin and other spots across the GTA | TRNTO.com
Skip to content 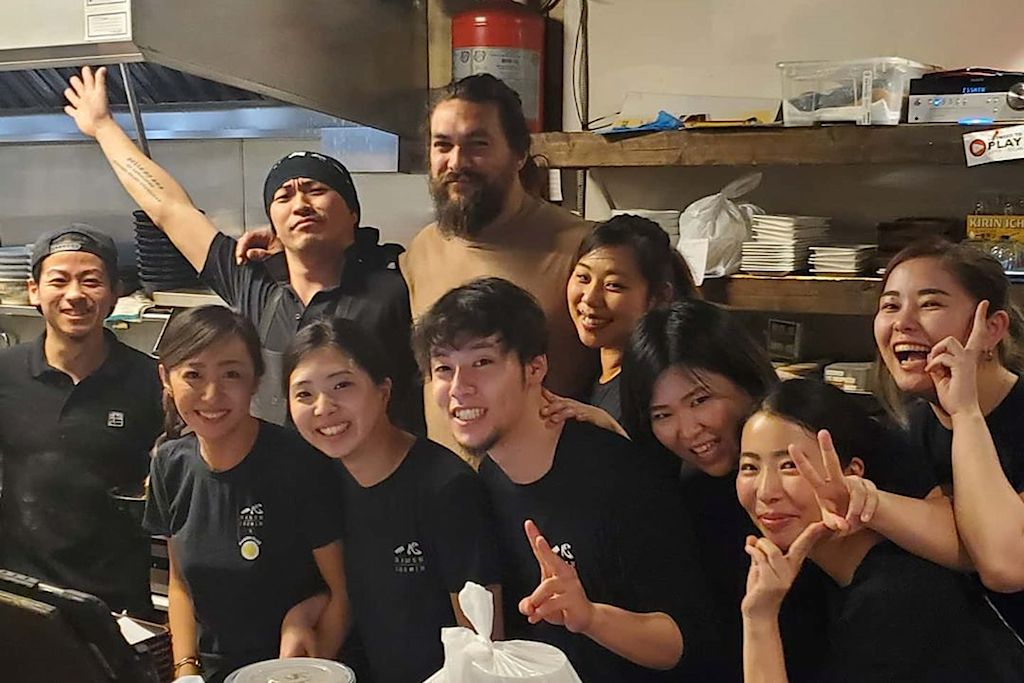 Everyone’s favourite Dothraki, Jason Momoa, best known for his role as Aquaman and Khal Drogo in HBO’s Game of Thrones, has been spotted all over Toronto and the GTA.

The A-list celeb recently dined at Sushi Masaki Saito in Yorkville and enjoyed what he called, “the best sushi in Toronto.” The luxe seven-seater restaurant serves meticulous edomae-style sushi for $500 a head and is named for the Michelin-starred chef behind the counter. Momoa gave the restaurant a ringing endorsement on his Instagram story after his second day of filming in Toronto.

The heartthrob is in town shooting the second season of his sci-fi series SEE for Apple TV+. The first season had originally been shot out west in Vancouver, and premiered on Nov. 1 last year. Now, for round two, Vancouver’s loss is Toronto’s incredible gain.

Looks like #Aquaman Jason Momoa will be in the Toronto area soon to film #See https://t.co/NQo8Ogx726

In between shoots, the popular film and TV actor has been taking in the sights and checking out new spots all across Toronto. He recently dined at the Japanese ramen bar Ramen Isshin on College Street and took the time to pose for a group shot with the restaurant’s staff.

He was also spotted on a cool jaunt in Parkdale and was seen flexing his muscles while rock climbing at the Hub Climbing facility in Markham.

The series is said to be filming in Toronto until July 10, according to What’s Filming. So keep an eye out, next time you think you’ve spotted a Jason Momoa doppelganger, you may just be looking at the real thing.